The peculiarities of plebgate 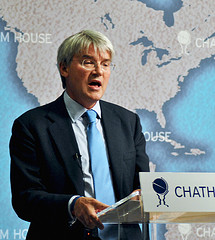 There is little doubt that the so-called “plebgate” affair leading to Andrew Mitchell’s resignation was decidedly peculiar. It had momentum in the media because it pandered to preconceptions of the Tory Cabinet as a bunch of out of touch, condescending and rather unpleasant upper class twits.

In the run up to Christmas Channel 4 broadcast a programme raising suspicions over the police “evidence” regarding the incident and its apparent corroboration by a member of the public claiming to have been an eye witness. Central to those suspicions was the observation that the “member of the public” appeared to be a serving police officer. And the CCTV footage seemed to suggest a scarcity of eye witnesses.

This week the story has been given another run around the block and a new angle. The Public Administration Select Committee (PASC) published its report into the investigation of the incident. It is very brief report and well worth reading in its entirety. The focus of the report is on the role of the Cabinet Secretary in the investigation, and the absence from the scene of the Independent Advisor on Ministers’ Interests.

The PASC, under the chairmanship of the redoubtable Bernard Jenkin, is characteristically forthright in its view on the matter. It gives the Government what can only be described as a ticking off, albeit one couched in relatively restrained terms.

As far as the PASC is concerned the Government played the whole thing entirely wrong. The Cabinet Secretary, Sir Jeremy Heywood, should not have been given the task of reviewing the incident.

In part because he has plenty of other things to do.

In part because he doesn’t necessarily have the skills to conduct the review effectively.

In part because the task of independently reviewing the incident may have come into conflict with his primary role supporting the Government in the conduct of its business.

Quite apart from the misstep of placing the wrong person in charge of the review, the PASC considers that the review was conducted and concluded in a very unsatisfactory way. It appears that Sir Jeremy Heywood was not apprised of all the relevant evidence, and he invoked the relatively narrow terms of the brief he was given as a reason for closing the issue down – or, rather, deciding to “let the matter lie”.

The PASC notes that Sir Jeremy’s review, although circumscribed, had unearthed inconsistencies and unanswered questions. He even speculated on the existence of a conspiracy of some description. He had found some things – such as the refusal of the putative “member of the public” to talk to him – distinctly suspicious. As far as the PASC is concerned, these observations all pointed to the need not to close the matter down but to open it up to a broader investigation, possibly one involving the police.

But perhaps we shouldn’t been surprised about the Government’s handling of this incident. After all, it has form. The most interesting aspect of the PASC report is not the criticism of the plebgate incident itself. Rather, its broader comments on the Government’s handling of the role of the Independent Advisor on Ministers’ Interests are particularly intriguing. The PASC notes that in March 2012 it recommended that the Independent Advisor be empowered to instigate investigations rather than, as at present, only becoming involved at the invitation of the Prime Minister. This recommendation was agreed by the House in a resolution in July 2012.

The PASC report goes on to note:

17.  We still await the Government’s response to our Report on the Prime Minister’s Adviser, published in March 2012. The Government’s own guidance states that departments should aim to respond to select committee reports within two months of publication. It is unacceptable that ten months have now elapsed. The Government should immediately issue a Written Ministerial Statement to explain why there has been such an unacceptable delay and to explain when a full response will be given to us.

A critic would be tempted to observe that this tardiness on the part of the Government should come as no great surprise. The general disregard for accepted procedure, robust administration and good governance is one of the hallmarks of the current regime. Previous reports by the PASC itself have made that only too clear.

But in this instance we might speculate that there are rather more specific reasons for the Government dragging its heels over responding.

If we cast our minds back to March of last year and the subsequent couple of months, what was dominating the news agenda? It was the Jeremy Hunt-News Corporation farrago. David Cameron was not only staunch in his defence of the indefensible but he was adamant that Hunt’s actions and activities were not such as to justify referral to Sir Alex for investigation.

It seems very likely that the last thing he was going to do was respond to the PASC within the accepted time period and endorse the committee’s recommendation to allow the Independent Advisor to instigate his own investigations. That would mean Cameron losing his gatekeeping role, which was all that stood between Hunt and some sharp questions.

Why the Government still hasn’t responded is perhaps less explicable.

Maybe there is a fear that Sir Alex already has a list of matters he’d like to pursue, given half a chance. Conceding to him the power to initiate investigations would result in further problematic Ministerial behaviour being exposed.

Or perhaps it is simpler than that. Unless there is some version of the statute of limitations on breaches of the Ministerial Code it may be that the whole issue is being sat on for as long as possible in order to continue to protect Jeremy Hunt. Now that Lord Justice Leveson has finished his inquiry, the principal justification for not probing the News Corporation connexion – if it were felt that there are still questions to answer – has been removed.

There is no doubt more to come on this issue.

Image: by Chatham House, London via flickr under Creative Commons.