Amateur hour for the Liberal Democrats?

Rafael Behr uses the ongoing Rennard imbroglio as a jumping off point for some broader points about the positioning of the Liberal Democrats in a post today at the New Statesman.

Clegg’s office has a clear enough sense of where they think he and the party can stand on the political spectrum … There is, in theory, a gap in the political market – a Blair-shaped hole – for third-way candidates who combine economic rigour with a social conscience. 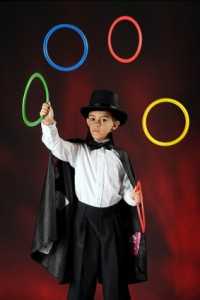 But to fill that gap the Lib Dems must above all look like a serious political outfit. The pitch is non-ideological and pragmatic … They are offering themselves as the moderate technocrats who aren’t afraid of compromise and keep Westminster grounded and centred. You aren’t necessarily expected to like the Lib Dems anymore, but … you are supposed to think it worthwhile having them around in government.

The defining feature of this offer is professionalism and it is the absence of that very quality that stands out from the mess they are in over Lord Rennard. The charges themselves (unproven and denied, it must be said), the original handling of complaints five years ago and the sprawling case study in crisis mismanagement over the past week all conjure up the impression of an organisation staffed with chancers and over-promoted amateurs.

… Lib Dem plans for 2015 are based on the hope that eventually some voters will come to look at their record in office and judge them to have been decent and useful. Yet here they are in a colourful parade of shabby and useless.

It is hard to disagree with the argument that this is the sort of pitch the Liberal Democrat leadership is making. The positioning is in the notional centre ground between Labour and the Tories.  It assumes that there is a centre ground there to occupy. One might be tempted to argue, in contrast, that there is limited differentiation in the policy platforms of the two bigger parties – particularly on matters fiscal – so the centre ground, if it exists, is rather uncomfortably narrow. But the wisdom of this strategy is not really the point today.

Behr’s main point is that the core of the party’s positioning is professionalism and usefulness and that these characteristics are rather noticeable by their absence at the moment.

Again, is that fair?

I think it is fair comment that the leadership have been sending mixed messages about who knew what and when about what Lord Rennard may or may not have been up to. In that sense the response to recent revelations hasn’t been great. Now they seem to have decided to batten down the hatches with the argument that they are not going to provide a running commentary on the efforts of the many people who are trying to piece things together.

I think it is fair comment that earlier episodes – in 2008, or in 2010 when allegations appear to have been again brought to the attention of Nick Clegg’s office – were not handled well. I have seen it suggested that this is not surprising because no one was interested in the Liberal Democrats then. Labour and the Tories would have reacted more swiftly to deal with the allegations when initially raised, so the argument runs, because they are better attuned to the risks associated with the media getting hold of anything that smacks of a cover up.

That may be true, but it is a damning indictment of motivations. You don’t deal swiftly and thoroughly with allegations of sexual harassment because that is the right thing to do: you deal with them just in case the media find out later that you haven’t dealt with them.

A piece has now appeared online in the Independent giving further snippets of information. It suggests to me that as the picture of past events becomes clearer some people will come out of this with credit – in the sense that they did what they could at the time within the constraints they faced and respecting the wishes of the women concerned – and others maybe with not so much credit.

Similarly, there are some high profile Liberal Democrats whose public interventions over the last few days – for example, Tim Farron and Mark Pack – have hit the right sort of notes.

However, these are not the interventions that get the sustained media coverage. It is the contradictions, inconsistencies and obfuscations that make the headlines. So Behr is probably right that, for anyone paying attention to the way this story is unwinding, the overriding impression is going to be of amateurism.

The other element to the story is that in many ways the Liberal Democrats preferred narrative has considerable validity. For example, we now hear news of Liberal Democrat pressure forcing Jeremy Hunt to rethink the regulations for the NHS that would have required compulsory competitive tendering of just about everything. In doing so they are making the Tories stick to the protections that were promised during the passage of the Health and Social Care Act last year.

This is precisely the sort of low key intervention that will have profound implications for the way the NHS evolves over the coming years. It differentiates the Liberal Democrats from the Tories. But it is a more complex – indeed technocratic – story to communicate. It doesn’t make for sensational headlines.

And, of course, this type of intervention by the Liberal Democrats gets swamped by a reprise of the arguments over whether there should have been a coalition in the first place … two-faced traitors … propping up an evil Tory government … and so on … for another lap of that particular track.

My feeling is that overall Behr makes some fair points, and the Liberal Democrats need to acknowledge them and take it on the chin. But Behr doesn’t go out of his way to recognise the positives where they can be found.

I don’t suppose that comes as any great surprise. All’s fair in love and war … and all that.