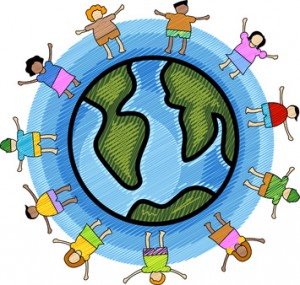 It may be little more than an uncharacteristic outbreak of optimism on my part, but it seems to me that discussion in the corner of the internet that I inhabit is taking a turn towards the philosophical. And that’s no bad thing.

Two developments make me say this.

The first is the advent of the May-Grayling pre-emptive strike on human rights law over the weekend. The precise details of what it is the gruesome twosome wish the UK to withdraw from keep shifting. But the more lurid version entails the withdrawal of the UK from the ECHR and ECtHR, the abolition of the Human Rights Act, and stepping away from the ECJ and the EU. The UK would then presumably return to an era in which we should all be thankful for any day that goes by when we’re spared inhuman or degrading treatment meted out by our betters with impugnity.

Whether or not this type of threat/promise means very much is debatable. Delivering us to this Daily Mail-inspired Elysium would be contingent on the next election delivering a Conservative majority. And that doesn’t look all that likely.

The legal issues involved in trying to disentangle the country from its international human rights obligations are not to be under-estimated. But equally important is the fact that this type of political promise carries any currency at all. As David Allen Green argues at Jack of Kent:

The case for human rights law needs to be remade. And, I would submit, with an increased sense of urgency. What the gruesome twosome are promising may strike all right-thinking people as utterly beyond comprehension, and impossible to deliver. But that stance risks lapsing into complacency. If the last two and a half years have taught us anything it is, first, that General Elections can throw up novel governance arrangements and, second, that in Westminster the Executive can drive through all sorts of deeply unpleasant measures in the face of widespread and well co-ordinated opposition. And the defenders of human rights law, though articulate, are not widespread and well co-ordinated. In fact, we are currently experiencing a philistine Government that dismisses reasoned objection as the product of an out-of-touch metropolitan elite. It was striking that in yesterday’s debate on closed material proceedings Ken Clarke dismissed anyone who sought to prioritise open justice over national security as an “ultra-liberal”. And hence, presumably, without standing in the discussion.

So the case needs to be made. And that case needs to address the issue of the appropriate balance between the Executive and the Judiciary. There are questions about the limits of judicial activism that cannot sensibly be sidestepped if progress towards a more deeply-rooted and broadly-based acceptance of human rights law is to be achieved.

The Preamble is a noble statement of political objectives. If you haven’t read it, even if you’re not a Liberal Democrat, it is worth reading.

As an aside, I was slightly perturbed by Huppert’s admission that he hadn’t read the whole thing until very recently. I’d presumed that knowing what was in it was some sort of requirement for being a representative of the party. A bit like an overlong Scout Promise. I have read it many times. In fact, almost every time the party leadership commits to something that I find extraordinary I tend to read the Preamble again just to reassure myself that, yes, that is what I thought the party stood for and, no, what the party is agreeing to in government doesn’t appear to accord with it.

Huppert’s post generated a substantial comment thread. Much of the comment was directed at the contemporary relevance of the Preamble. Some felt that the party needed to rediscover the values embedded in it. Some felt that it needed to be ‘updated’ with a stronger dose of economic liberalism and a watering down of the commitment to wealth redistribution. There is a general feeling that the Preamble is too long for everyday use. But the seven word slogans used on the doorstep are too short to have much substance. We need intermediate statements that capture the essence of the Preamble but are more useable. We need intermediate statements that ground the principles from the Preamble more clearly in action and bring out their implications for policy and practice.

Today Alex Wilcock at Love and Liberty has attempted to shape a new statement of What the Lib Dems stand for in 2013. He’s also started a meme, inviting the Lib Dem blogosphere to offer their own versions. One of the first to respond, perhaps not surprisingly, was the mighty trunked one.

I’m not sure I’ve got the gumption to come up with my own version over the next day or so. I will if I can make the brainspace to think about it. But, even if I can’t, I think it is both welcome and of profound importance that people are talking seriously about values. The party is going to have to renew itself, whatever the outcome of the 2015 General Election. Having a clear sense that its values are relevant – and speak to the pressing issue of the day – is going to be essential in that task. Without that there is little chance that people will rally to the cause.

The aspiration to building a fair, free and open society in which no one shall be enslaved by poverty, ignorance, or conformity is more important than ever.

And people need to know that.