It doesn’t matter who you vote for, the government always gets in

Liberal Democrats can be a fractious bunch. There are plenty of disagreements between the various wings of the party, particularly in relation to the wisdom of markets and the role of the state. But one area in which we tend towards unanimity is the importance of protecting civil liberties. When striking the balance between liberty and security, the balance should always be in favour of liberty and against the persistent encroachments of an over-mighty state. 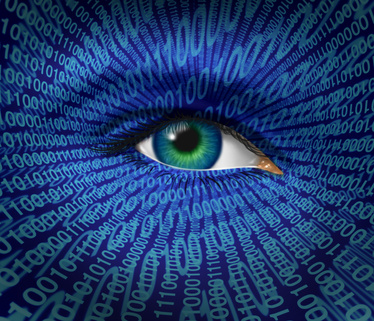 Couple the Liberal Democrats in Coalition with a bunch of small-state freedom-loving Tories and you might expect that on principle the Government would take a strong stand against unnecessary state prying into the lives of its citizens.

The Coalition Agreement bears all the hallmarks of these liberal principles (p.11):

And there is plenty more good stuff of this type.

Of course we know the Coalition Agreement hardly has the status of the tablets of stone Moses delivered to the Israelites. But in the civil liberties area we have already seen its commitments followed up with the delivery of some concrete policies.

It is therefore disturbing that reports emerged today giving early warning of a proposed new snooping bill to be included in the Queen’s Speech. There was some debate on Twitter as to whether this was an April Fool’s joke. But, unfortunately, it looks like it isn’t.

What it does look like it is a bid to set up a massive pre-emptive data harvesting operation. As with most such proposals, it will no doubt be costly while at the same time being relatively easy for genuine troublemakers to circumvent. So it will simply be a way of monitoring populations. It proposes a system that some of the more tyrannical regimes of the world would no doubt be proud of.

The proposals echo those brought forward by Labour in 2006, which were sunk by the then Opposition over concerns regarding not only feasibility but also the risk of infringing civil liberties. Presumably if this snooping bill gets back into the House it will now be passed. Labour, in typically authoritarian style, will welcome the Government’s conversion to its new stance of privileging “security” over liberty.

What has changed? Well I suppose I take it as a reminder that we should always keep in mind the distinction between ‘the Government’ and ‘the State’. Politicians of different persuasions come and go, but the security services endure – and have a seemingly insatiable desire for information. The solution is always more surveillance. The justification is always a nebulous terrorist threat – urgent and imminent yet, by its nature, too elusive to dispute and disprove. A Government taking a stand in favour of civil liberties is required to take a stand against its own State apparatus.

It looks like this issue could provide the Coalition with another challenge. It arrives less than a month after the Liberal Democrat Spring Conference. Most of the media attention on Conference was focused upon the saga surrounding the votes on the NHS bill (I blogged some of that saga here). But plenty of other motions were passed at Conference, including a broad ranging motion on civil liberties moved by Julian Huppert. This motion was overwhelmingly passed. As I say, if there is one thing Liberal Democrats agree on it is the importance of protecting civil liberties.

By approving the motion, Conference noted, among other things:

IV. The public’s right of access to information and individual private data must be protected:

b) Police and other agencies tend to hoard private data, with risks to individual liberty as technology allows more efficient cross-referencing.

c) Government has a poor record of protecting private data from wider dissemination.

And by approving the motion, Conference called for, among other things:

4. The right of access to information and individual data protection to be expanded through:

a) A review to reduce exemptions to the Freedom of Information Act.

b) A review of the Regulation of Investigatory Powers Act 2000.

c) Increased powers for the Information Commissioner and tougher sentences for breaches of the Data Protection Act.

d) An end to the Ministerial veto over information tribunal decisions.

e) The creation of one overall Privacy Commissioner with specialists leading on each separate area.

You can read the full motion, as originally presented to conference, here (pp.50-53).

So, fairly clearly, the Liberal Democrats have, only a few weeks ago, reasserted that they are against this sort of thing. So what happens next? Are such Conference motions going to have any leverage over the way in which policy develops? Or is this another instance in which the view of Conference will be set aside in pursuit of Coalition harmony?

Of course, we may be dealing with nothing more than a bit of Government kite-flying. Let’s see who gets upset. If no one makes a fuss then why not press ahead with change. If that’s the situation then it’s reason enough to make sure plenty of fuss is made.

Thanks to Andrew (@Andrew2186) on Twitter who has rightly pointed out that if I’d referred to the amendment to the civil liberties motion, moved by Dr Jenny Wood, then it would have made the point even more strongly. The amendement refers directly to concerns over the  Home Office’s Communications Capabilities Development Programme. You can find details here: http://www.aldes.org.uk/?p=888