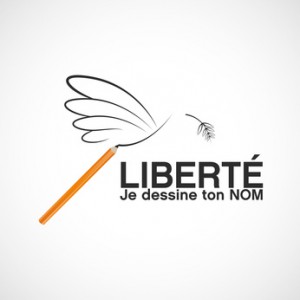 For days I have been thinking about writing something on last week’s atrocities in Paris, starting at the offices of the satirical magazine Charlie Hebdo and ending with seventeen dead. But I have already read many, many news reports and opinion pieces that have approached the issue from all sorts of directions.

I’m not sure I have a huge amount to add. Except to say that much of the commentary demonstrates the challenges inherent in cross-cultural interpretation. There are considerable risks in interpreting the sort of satire that Charlie Hebdo produced from outside of its milieu – risks of getting the interpretation hopelessly wrong because all the allusions, undertones and implications are missed. Paul’s analogy with the way we make sense of the Alf Garnett character makes the point effectively to a UK audience; at least to a UK audience of a certain age.

Horror and incomprehension at inexcusable acts of violence has been followed by the stirring sight of hundreds of thousands – indeed milliions – of people joining marches and vigils under the rallying cry “Je suis Charlie”.* For many that was no doubt primarily a statement of solidarity – no one should die for drawing a few lines on a page. For many it was no doubt an endorsement of core practices and rights – liberty and free expression – that has been imperilled by these violent attacks.

For French people it seems likely that these marches speak of something else, something profound about the essence of the Republic and their sense of national identity. Those of us not deeply imbued with the culture with fail to detect how communities coming together in this way resonates in various different registers.

Liberty and free expression have been imperilled directly. No doubt many of those who might satirise radical Islam in words or images will now pause even longer before doing so. The courageous or foolhardy might plough on regardless. A few more of the less courageous might decide to self-censor. That is understandable.

But we might do well to be sceptical that the most serious threat to liberty and freedom of speech emanate from that quarter.

Plenty of people have observed that there was more than a whiff of hypocrisy about the attendance at the Paris march of the leaders of a number of oppressive regimes. The hypocrisy of leaders of liberal democratic countries, including our own dear leader, did not go unremarked. They preach liberty and freedom of speech while continuing to trade liberty for security at home and to deal with egregiously illiberal regimes in the Middle East and elsewhere.

But the test of our commitment to liberty and freedom of speech is not whether we marched or kept vigil over the weekend, important though those acts of solidarity and commemoration undoubtedly were. The test comes now.

For as surely as night follows day the first reaction of the UK security state to the atrocities in Paris was to push for more powers. Nick Barlow nicely captured the Kafkaesque reasoning of securocrats. Always looking for an angle.

The Conservatives in government are trying to bulldoze the Counterterrorism and Security Bill through Parliament – using a vague but generalised threat of terrorism to extend powers of surveillance and exclusion, curtail freedom of speech, and bring back internal exile – in the face of the concerns of the Joint Committee on Human Rights and the possibility of putting the UK in breach of several international treaties. And the Snoopers’ Charter is very much back on the agenda for after the general election, if the Conservatives win.

Do we accept the argument that the only way to preserve liberty is to surrender ever larger chunks of it? Or do we say that all responses to the threat of terrorism should not only be proportionate but must include genuinely independent oversight, to stop too much power being concentrated in the hands of the unfettered Executive? Or do we say enough is enough?

And if enough is not yet enough, then when?

* More accurately, the first response came on social media with the #jesuischarlie hashtag and then from cartoonists. I thought some of the cartoons produced in the aftermath of the events in Paris were hugely eloquent. And the emergence of Albert Uderzo from retirement to draw two new Asterix cartoons for the occasion was amazing – I used to love Asterix as a child and seeing those characters again was, for some reason, particularly poignant.