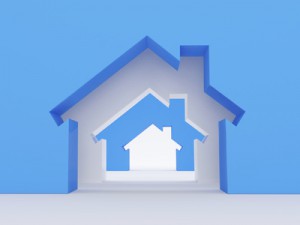 The housing problems facing the UK are multifaceted. They include the failure to build sufficient new dwellings to keep pace with population growth; significant market volatility; problems of affordability for both owners and renters; and problems of insecurity in the private rented sector.

The Coalition government has been quite strong on rhetoric and has announced a succession of new policies and initiatives. In the social housing sector these have included changes to subsidy, tenancy security, regulation, and rent levels. The Coalition has had rather less success in bringing affordable, secure accommodation within reach of a greater proportion of households. Indeed, housing circumstances have become more precarious for many.

In the run up to the General Election, the Chartered Institute of Housing has published a series of policy essays looking at various aspects of the housing challenge and the policy responses not only in housing, but also in related areas such as welfare reform.

In the most recent essay in the series I have provided a perspective on the future of social housing, focusing on housing associations in England. The essay covers four broad areas: the squeeze; looking beyond housing; narratives; and marginal voices.

None of the political parties with a chance of power are proposing a significant departure from the current policy trajectory. So, barring some major unforeseen event, we are going to see the continued squeeze of austerity. The result will be many housing associations continuing to move towards higher levels of borrowing to fund development and higher rents to service their loans. This is going to challenge housing associations in reconciling the commercial imperatives they face with their social purpose. This challenge is not new, but it will be felt more urgently. It is not easy to predict how this tension will play out. But as I state in the essay, in my view commercialisation will eventually triumph: “financialisation has an insidious, transformative power”.

The squeeze is not just affecting housing organisations. The organisations they work with – local authorities and the health service in particular – are facing similarly tough times. And the public spending cuts planned after May 2015 are going to be more painful. Gaps in services will open up. This will present housing associations with opportunities to demonstrate greater place-based leadership. We will find out quite quickly whether associations are minded to take up these opportunities.

There is much talk in the housing association sector about the increased risks associated with current policy directions. Much of this talk has focused on development and private finance. I would argue that reputational risk is a broader issue and enters the picture earlier. There are risks to housing benefit-dependent households in the face of an increasingly inadequate social security system. But there are risks associated with succumbing to the increasing pressure to house relatively better-off households at higher rents and use the revenues generated to cross-subsidize genuinely affordable social housing. Similarly, there are risks associated with efficient asset management which has the potential to transform neighbourhoods and increase social segregation.

A key part of how these risks is managed should be greater attention to narratives – are social housing organisations doing enough to explain what they are doing and the constraints within which they operate?

The political economy of housing policy is driven by the interests of older owner occupied households because they are the households that are more likely to vote. However, we can see that this political economy is changing. The rise of Generation Rent, the activities of the Radical Housing Network or the Focus E15 protesters all indicate that new voices are being heard in housing policy making. Some of those voices are making claims using concepts such as the Right to the City, which represent a profound challenge to the logic of mainstream policy approaches.

The volume and influence of such marginal voices is likely to increase in the coming years. Eventually the political system is likely to be compelled to take them more seriously and to take more decisive policy action addressing the concerns of renters and those excluded from the housing market.

The social housing system is facing profound challenges and housing organisations will need to innovate to survive and succeed. While the constraints on the system are real, it would be a mistake to treat them as binding. The future is not given. It is made. And if we are to secure the broadest possible social benefit from innovation then learning and effective practice needs to be shared as widely as possible.

You can read the full essay here.