Doing something about housing

What to do about the housing crisis? It’s a question that, should you have been so inclined, you could have focused on throughout much of yesterday’s proceedings at Liberal Democrat Spring Conference.

A motion on the reform of planning policy was passed, unamended, during the morning’s official business. The motion was particularly critical of the role of the Planning Inspectorate and the Communities Secretary in overriding local democracy and aspirations.

The programme for the conference fringe offered you a near overdose of housing. The lunchtime fringe included a session on social housing jointly organised by CentreForum, The Fabian Society and the Joseph Rowntree Foundation. On the – metaphorical – platform were Sir Michael Lyons, Tim Farron, and Kathleen Kelly of JRF. The session was packed.

The early evening fringe offered a session asking where new housing should be built, organised by the Green Liberal Democrats. Mid-evening allowed you to move on to consider private renting, in a session organised by ALDC, before finishing up with a reappearance of Tim Farron among those at a late evening session on Liberal Democrats in Housing – the future of the priced out.

I have to admit I didn’t manage to stay the course. I was feeling a bit too rough and had to have a very early night – not at all appropriate behaviour at conference, I realise, but I couldn’t do much about it.

What points would I draw from the sessions that I attended?

That there is a housing crisis was not questioned. The quite extraordinary levels to which house prices and rents have risen relative to incomes were reported from many parts of the country. There is broadly a consensus that there isn’t a single solution to the problem.

The Right to Buy without local authorities having the ability for 1-for-1 replacement came in for a lot of stick. There was plenty of support for the argument that local authorities should be able to suspend or remove the RTB when replacement is effectively impossible. There is strong support for raising caps on borrowing and allowing local authorities to build again. There is widespread desire to shift back to bricks and mortar subsidy and away from reliance on housing benefit, but no one has identified a cunning mechanism for doing so while remaining within a fixed budgetary envelope for ‘housing’ support.

There is an appetite for mechanisms to encourage owners of land with planning permission to bring land forward for development sooner rather than later, and for measures to create a more diverse construction industry that is less dominated by volume builders producing unappetizing properties.  There is plenty of concern about the negative impact of second and holiday homes on communities. Questions were raised about whether the costs associated with taking housing out of regular use are a sufficient disincentive against doing so.

There is quite a lot of concern about landbanking and concern at housebuilders trickling out new development with the aim of maximising profits rather than dealing with a social problem. I’d say, though, that the understanding of landbanking and precisely who it is who is engaging in behaviour considered to be socially undesirable could perhaps be a bit more nuanced.

There is a great deal of concern that the arrival of the National Planning Policy Framework has led to a free-for-all for developers in areas without an adopted local plan, and that the timescales the Government has specified for NPPF implementation almost guaranteed that many local authorities would lack such a local plan.

The question of where to build opens up greater divergence of opinion. Should it be very much a case of brownfield first? Or should Green Belt be relaxed so that policy can continue to bow to developers’ wishes to use easy-to-develop greenfield sites that, entirely coincidentally, happen to be highly profitable? Should the preference be for urban extension or completely new settlements? What about small scale development in villages and other small settlements, designed to maintain their viability?

The answer is probably a judicious mix of all of the above. But then the question becomes whether the tools exist to steer the system in the desired directions.

Many of these issues are, of course, interconnected. They are a byproduct of the policy path that has been followed for the last thirty years. They interact to produce the thicket of problems policymakers now face the challenge of battering their way through if the housing system is to be put on to a firmer foundation.

For me one of the most interesting contributions yesterday was the speaker who stepped back to the Barker review and reminded the audience where the figures for new supply levels came from. The prescription for 200,000+ new homes each year was geared towards moderating, but not removing, real house price inflation. He followed this point up with the observation – although not framed in quite these terms – that this assumes that real house price inflation is entirely the product of a deficit of homes in relation to households. If, on the other hand, real house price growth is driven by other factors – such as access to easy credit – then building more homes on any scale considered industrially or environmentally sustainable may not make a dent in the problem of affordability. The implication is that homes should be built to meet a shortfall in available properties, but affordability problems may need to be dealt with in other ways.

This point puts me in mind of the argument recently advanced by Danny Dorling in All that is solid. One of Danny’s key points is that we need to understand what is happening to income and wealth inequality to understand what is happening in the housing market. Increasing social inequalities are at the heart of housing market transformation. Building more houses in the hope that this will lead to reduced prices and wider access to owner occupation will ultimately be frustrated if all the new homes are hoovered up by the wealthy and then rented out to those denied access to owner occupation by continuing high prices.  For Danny the issue is not new build. Indeed, he is sceptical about the claim that animates much housing debate – that the core of the problem is a failure to build. He argues that there is sufficient property available for the population. The real problem is how it is distributed. That claim raises some pretty fundamental issues. I aim to blog about Danny’s book in the near future.

At the moment there is a bit of an avalanche of writing about what to do about housing. I guess we might expect that, both because the crisis is becoming more acute and more evident and because we are edging closer to the General Election and policy entrepreneurs are seeking to influence the direction of policy development. Advice is also being offered by international organisations and commentators who can, perhaps, see the mess we have got ourselves into more clearly than we are willing or able to see it ourselves.

It might be a valuable exercise to do a stocktake of all the various proposals that are floating around. We would benefit from a clearer idea of what the proposals are aiming to achieve – what sort of society they were seeking to bring into being, where there is substantial political agreement on actions, and the strength of the evidence supporting claims for the effectiveness of various interventions. We might also want to look a bit harder at the transferability of lessons internationally. Quite a few people are getting very interested in how things are done in Germany, particularly in relation to private renting and third-generation rent controls. Do policy makers fully understand what makes these policies successful in Germany? If not then that limits the scope for drawing genuinely useful lessons from that quarter.

Identifying points of agreement and areas of potential could move us closer to building a cross-party understanding of how to deal with the housing crisis. Commentators agree that there are no quick fixes. Any serious solution to the problems we face is going to need to be pursued across more than one Parliamentary term. Indeed, it’s taken decades to get into this mess. It’s likely to take decades to get out of it. 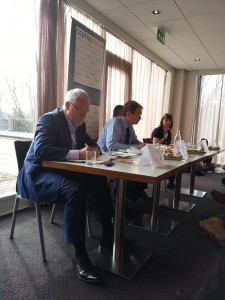