Beyond the council tax 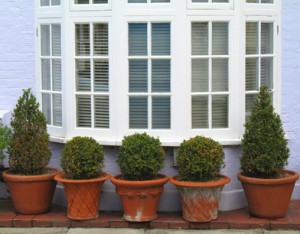 The council tax is unlovely and unloved. It was rushed into being as a replacement for the hated poll tax. Its structure has always been an uncomfortable compromise, somewhere between a charge for services and a genuinely progressive property tax. The property values upon which it is based haven’t been uprated for twenty years in England and Scotland and ten years in Wales. This means that, because local housing markets have traced out different trajectories, the relativities built in to the council tax bandings bear very little relationship to the current distribution of property values. The truncation of the council tax bands means that higher value properties are relatively lightly taxed compared to lower valued properties. The tax is, broadly speaking, regressive.

There are good reasons for reforming the council tax as a basis for gathering revenues to fund local authority services. But there is another aspect to the debate. The Joseph Rowntree Foundation’s Housing Market Taskforce argued a couple of years ago that property taxes may well have the potential to act countercyclically in the housing market and dampen housing market volatility. That is, as prices rise the tax burden will increases, and that puts a brake on further price rises. Such a property tax could take various forms, including creating additional council tax bands for higher value properties or moving to a flat rate or progressive property tax. The latter has the advantage of removing discontinuities, but brings greater informational demands in assessing property values.

These are ideas I have blogged about before.

Last week, Chris Leishman and colleagues produced a report that explores these issues empirically. It is based on an ambitious attempt to create a comprehensive dataset of property values for England and then model the impacts that changes to local property taxation would have both spatially and at household level. The researchers were interested in how alternative tax structures could improve fairness between places and fairness between people, and whether it is possible to detect any influence of property taxes on price volatility.

The headline conclusions focus on a progressive property value tax as an alternative to the council tax. The researchers estimate that moving to such a tax could reduce median gross bill by £279 per year. Underlying this is a tax reduction of more than 10 percent for almost two thirds of households, while fewer than one in four households would experience increases of more than 10 per cent. The gross median tax bill on households in the lowest income decile would be reduced, while it would increase by a similar amount for those in the top income decile. So the move to this type of property tax would result in a degree of vertical redistribution.

The researchers found some support for the proposition that a property tax could help reduce house price volatility. But the effect is not strong enough to deal with the problem on its own. It would need to be combined with measures such as controls on mortgage credit.

Moving from the council tax to a progressive property tax would bring with it significant implementation issues. The researchers focus on two. The first is the ‘London effect’. Very high property values in London lead to high property taxes that are unlikely to be sustainable. The second is ‘low-income losers’ – low income households in London will lose, while better off households in the North will gain.

The researchers argue that not only would a national system of property value tax need to be phased in gradually but also that it is worth investigating a system that does not rely upon property values alone. They suggest a hybrid property and income tax system is therefore would be worth exploring. Such a system is likely to be more politically feasible. It would be more practically feasible from one perspective – it could deal with the problems of low-income losers – but at the same time it is likely to be more complex to administer.

Arguments about the council tax and ideas for its replacement have been circulating for quite a while. This report moves the debate beyond issues of principle and starts to give us some sense of impacts and their magnitudes. The researchers would be the first to acknowledge the difficulties in carrying out this sort of exercise. But it helps keep the debate alive and moving forward. It is therefore to be welcomed.