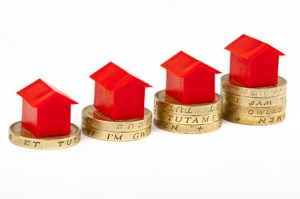 Ed Miliband’s speech to the Labour Party conference earlier this week proposed an increase in spending on the NHS to be funded in part by a Mansion Tax.  This has sparked the debate about the whys and wherefores of property taxes back into life. Taxing property a topic guaranteed to send the commentariat into a frenzy. It is a topic I’ve touched on before. Property taxes can be seen as a potential solution to a range of different problems, while others seem to see them as the start of a slippery slope to the demise of capitalism.

I sent a letter on the topic to the Evening Standard yesterday. This is what I wrote:

It appears Labour will make a Mansion Tax a key part of their policy platform for 2015. Property taxes attract support at different points on the political spectrum. But what they are trying to achieve? Property taxes could be aimed at reducing the incentive to invest in unproductive assets. They have been proposed as a mechanism to moderate house price increases and reduce housing market volatility. The revenues generated would be unpredictable and might decline over time. That would be the point.

If the aim is primarily raising revenue, as it is for Labour, then a Mansion Tax is less preferable than a comprehensive property tax, or a land value tax that encourages land owners to sell up or make more efficient use of their land. If new property taxes are ruled out then remodelling the council tax to include several higher bands is a feasible route to more progressive property taxation. Yet, politicians have, as Andrew Neather describes, been reluctant to consider such a move. That is primarily because of concern over the electoral consequences of the pattern of winners and losers it would create. In practice a Mansion Tax would overwhelmingly affect London. Remodelling council tax would spread the tax burden, albeit still felt most sharply in London.

Many households will become subject to a Mansion Tax as a consequence of rapid house price inflation. The Mansion Tax discussion is one symptom of the major housing crisis we face. If we addressed the causes of that crisis more effectively – by improving rates of housebuilding, curtailing overleveraged purchase, recognising how household inequality affects the housing market – then housing affordability would improve and a Mansion Tax, as a quick way to raise revenue, would hold less political appeal.

You can read the published letters here.