Economists and their politics 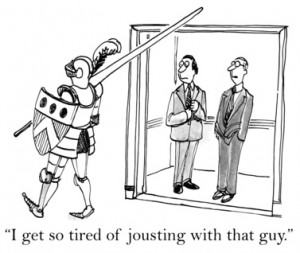 Several econ bloggers have had things to say over recent days about the distinctions between mainstream and heterodox economics. It’s a discussion topic that carries a cast iron guarantee of raising the blood pressure of everyone involved. It’s one I’ve blogged about several times previously, but not for a while.

The proximate cause for this debate springing back to life, in the UK at least, was the broadcast of a Radio 4 programme about economics education which some mainstream economists (notably Tony Yates) felt was hopelessly one-sided in its support for heterodoxy, without giving those working from a mainstream perspective the space to respond.

But the discussion has taken a bit of a novel turn. Several of the recent contributions have focused on politics. The starting point is the argument that heterodox economists adopt the stance they do in relation to the mainstream because their sympathies lie on the political left, whereas they perceive mainstream economics as supporting a right wing agenda, now including large doses of austerity.

I think Simon’s key point is well made: if attacks from “the left” make it harder to bring good sense to economic policy making than that is deeply unfortunate. But that is a socio-political rather than an economic point. It leads me to think that this whole discussion needs developing in different directions.

As Chris pointed out yesterday, it is not difficult to get to a left-ish looking political perspective on the basis of economic analysis that would be accepted as part of the contemporary “mainstream”. His question is why, then, do those on the left tend to draw on heterodox economic ideas instead. He suggests three answers. One, it is necessary because there is a lot wrong with the orthodoxy. Two, on the left there is ignorance of what mainstream economics actually says and it is assumed to be the deification of the market. Three, there is a halo effect which means that those looking to be politically radical also look to be analytically radical.

An equally important question is why heterodox economists feel that they need to work in a different analytical tradition, rather than recognising that the mainstream can justify “liberal” or “left” policy platforms?

For example, a question such as “what is the economy?” can be explored at different levels from different perspectives.

Is the economy an open or a closed system? Is it a complex system? A system of systems? A system characteristed by equilibrium perturbed or by a restless internal dynamism? Your answer to these questions fundamentally shapes how you understand what economics is trying to do, and what it can plausibly achieve.

How does the economy relate to society? Should we treat it as a separate domain where different “economic” rules apply? Or do we see the two as separate but inter-related? Or do we see those activities we label as “economic” as being suffused with social and political textures and tones, in which case “the economy” may be better viewed as an artificial construct for analytical convenience.

Does it matter? It depends on whether you think that social or political factors are sufficiently pervasive or permanent that they can be safely ignored. If they are then deductive theorising makes sense. If they are not then knowledge becomes more contingent and contextual. The evolution of motivations, rules and norms becomes crucial to understanding the changing structure and operation of “the economy”.

What are the limits to economic agents’ knowledge and cognition? To what extent are those limits intrinsic to the human condition? If they are intrinsic then upon what is decision and action based? And upon what do we assume they are based for the purposes of analysis?

Different answers to these, and other such questions, lead to different views on the nature of the economy and how best to go about analysing it. The output of much, but not all, heterodox economics has more of a leftish policy tinge in part because such approaches tend to make different assumptions about the role of genuine agency, the socially embedded nature of economic action, the malleability of motivation, and are less sanguine that decentralized economic action will result in socially desirable allocations of resources without being shaped by regulation or other intervention.

They might, indeed, end up with a policy platform that could also be derived from mainstream economic theory. But they have arrived at it via a different route and, it would no doubt be argued, based on a more credible account of the social processes driving the outcomes.

That, of course, raises the question of what constitutes a convincing explanation.

Isn’t all this obvious? Perhaps. Is it the sort of thing that economists spend a lot of time thinking about? I’m not so sure it is. And it seems to me that greater reflection on these more fundamental questions would be of benefit.

It might require that when we introduce impressionable young minds to mainstream economics we start by defending the particular choices and assumptions that are made in order for mainstream analysis to get off the ground. It would help sharpen students’ appreciation of the approach and how it goes about making sense of the world.

That would surely be a pretty straightforward exercise for any mainstream economist.

And if it wasn’t so straightforward then that in itself might indicate something rather important.