The enemies of liberty 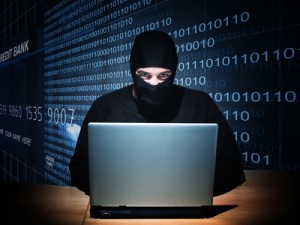 Last Tuesday I had a curry with friends, including a good friend who is over from Greece. The conversation touched on the rise of UKIP following recent local elections and the references to swivel-eyed lunacy among the Tory grassroots. My friend gave some flavour of the way in which Golden Dawn is carrying out a seemingly choreographed series of violent attacks around Greece – ransacking buildings and setting fires for no apparent reason, other than because they’re generally angry and seemingly they can get away with it.

It was concluded that in the UK we are fortunate that the impulse to the Radical Right is largely channelled through the democratic process, rather than migrating to lawlessness on the streets. The conversation moved on.

The following day the Woolwich murder took place. It was a truly horrendous incident, rightly condemned from all sides. The information that is slowly emerging means the actions of the perpetrators might eventually be explained. But they can never be excused.

But here I am more interested in the backlash. The response of the EDL has been one of unreason. You’d be hard-pressed to falsify the hypothesis that they have simply been waiting for an incident to give a pretext to mobilize across the country. The speed with which large numbers of people seem to be willing to align themselves with the organisation on Twitter or Facebook is quite alarming. People are scared. Sensationalised media coverage can only fuel this fear. In such circumstances hatred of an undifferentiated “other” takes root more firmly. The consequence is a range of minority communities across the country, including many with no connection to Islam, find themselves under suspicion and under attack. Puffles’ BB had some sensible things to say on the matter this morning.

The effective way to combat this fear is not to ban people or activities that may be distasteful. It is to make the case for moderation more persuasively. The problem is that this approach is predicated on the assumption that people are listening. I’m not sure that is the case. Minds have closed. Unreason takes hold in some quarters.

Equally importantly, alongside the opportunism of the EDL we have had the opportunism of the political classes. No sooner had the news of the horrific events in Woolwich emerged but Conservative politicians, alongside authoritarian Labour figures like John Reid, were calling for the reinstatement of the Communications Data Bill – the snoopers’ charter, as it’s more commonly known. They have been aided by Lord Carlile, who has consistently adopted a position on this issue that places him a long way from most Liberal Democrats. Woolwich is a pretext to restart the argument, so soon after the Liberal Democrats thought they had successfully kicked the bill into the long grass for sound liberal reasons.

Lord Carlile’s position is curious because he has pretty much conceded that if the data harvesting provisions of the Communications Data Bill had been enacted then there is little evidence that it would have made any difference in preventing the Woolwich attack. In contrast, it is becoming increasingly clear that the perpetrators had already come to the attention of the security services. That suggests a different prioritisation of well-established, more focused approaches to surveillance may have been effective. Nonetheless, Lord Carlile supports the introduction of the CDB anyway. But then, as far as I can tell, he always has.

Yet, the fact that senior Conservatives like Eric Pickles have indicated that reviving the snoopers’ charter proposals would be an overreaction, and an unjustified constraint on freedom, is probably going to be more significant for their ultimate fate than anything Lord Carlile has to say on the matter.

Today we have had two rather different developments.

Theresa May continues to be keen to move forward with the snoopers’ charter provisions and, despite no evidence of its effectiveness in this case, Woolwich seems to have shifted the balance of opinion. The key message emerging today is that Labour’s authoritarian tendencies have very clearly reasserted themselves. They have indicated that they would be willing to support the Conservatives in seeking to legislate. Labour came to Cameron’s rescue on equal marriage. They are willing to do the same on snooping. This time it is the Liberal Democrats that need to be outmanoeuvred rather than Conservative backbenchers.

The second development is that the Guardian’s Paul Lewis happened to capture an image of MPS anti-terrorism Police as they prepared to arrest a further suspect in the Woolwich case. The Police were wearing balaclavas, were armed, and did not appear to be wearing identification numbers. Hence they were effectively unidentifiable. You can see the image alongside his report of the incident. You’d be hard pressed to distinguish these police from EDL protestors who had been marching through the streets and causing mayhem a few hours earlier. Apart from their being armed with serious weaponry, that is.

Some would no doubt respond to this image with the argument that it is an operational necessity for anti-terrorism Police to be anonymous and that, additionally, they and their families would be in danger if it were otherwise. There are quite possibly going to be situations in which anonymity is appropriate – perhaps dealing with people with a proven record of serious violence towards authority figures. But if one were arresting a suspect who is yet to be convicted of anything, let alone violence against representatives of the state, is it appropriate? Clearly we don’t know which of these circumstances the Police faced today.

What we do know, however, is that it is not unknown for arrest and detention to be carried out in such a way as to give rise to citizen grievances associated with serious maltreatment. Is it acceptable for some citizens – yet to be convicted of a crime – to effectively be denied any meaningful right of redress against individual officers?

Or is being suspected of some form of involvement in a terrorist act, however indirectly, sufficient to mean one forfeits basic rights? If so then we continue to travel deeper into very dangerous territory.

The terrorist threat is no doubt real. But it needs to be kept in proportion. And it is equally important to scrutinize whether the response from the state is proportionate. The mass surveillance of the entire population, as proposed by the Communications Data Bill, clearly isn’t. We need to be equally vigilant regarding the routinization and embedding of Police practices that would be only too familiar in countries with a rather tenuous grasp of the rule of law and limited respect for human rights.

It is a commonplace among liberals that the fear of terrorism risks acceptance of insidious changes, at the instigation of the state and in the name of security, that are ultimately much more damaging to our way of life and our freedom. Those on the side of liberty are increasingly outnumbered and risk being overwhelmed. In darker moments it is hard to avoid the conclusion that the rise of the “security” state is almost unstoppable. Fear serves a purpose:

The security state requires the manufacture of perpetual fear to justify pervasive surveillance of a docile population.

Who are the principal enemies of liberty? The answer is by no means self-evident.