On sex pests and cover ups 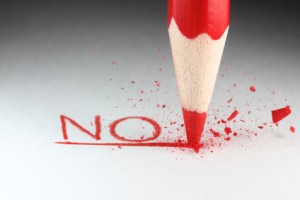 It seems we can hardly move for news of sex scandals and allegations of sexually inappropriate behaviour at the moment. The cases may be in different sectors – the media, politics, the church – but they share two common characteristics. The first is that at the centre is a man who was powerful in his own organisational context. That power may have been a product of formal position. It may have been the product of particular skills and expertise. Or it may have been the product of perceived popularity and broader socio-political connections. The second characteristic is that the alleged behaviours took place some time ago, and may have taken place over an extended period of time.

This leads to a third characteristic – related to the second – that in at least two of the cases there are plausible claims that people within the organisation knew about the issue or had suspicions but these were not treated seriously, reported formally or investigated adequately, and the whole issue was covered up. And, once again, as has been apparent since Watergate, the cover up can do just as much damage – albeit damage of a qualitatively different type – as the original offences.

You could also add a fourth point, which is that once the news story broke the primary focus soon shifted from where it should have been – establishing the nature of the (alleged) behaviours and their impact on the victims – to the organisational implications. The length and breadth of the cover up is of more interest to the media than the consequences of harassment or abuse for those it afflicts. For the BBC and the Liberal Democrats this is explicable because the Savile and Rennard cases offer opponents and critics fresh ammunition with which to carry out a new round of attacks. It may be explicable, but that doesn’t make it right.

At least a couple of these cases have much further to run. And it wouldn’t be appropriate to discuss them in detail.

But one claim made today is worth commenting on. Years ago I did some research with private landlords. During the course of the research I met landlords who cheerfully admitted unlawfully evicting tenants. Some of these landlords could rationalise this as for the greater good – they were getting rid of antisocial tenants as fast as possible. At the other extreme were landlords who did not think that they had ever acted unlawfully. But there were another group who adopted an interestingly literal interpretation of the issue. They argued that because they had never been successfully prosecuted for harassment or unlawful eviction by definition they had never engaged in such practices. Such comments could follow rather elliptical discussions of the ways and means by which it was possible to ensure tenants left a property promptly without the need to serve the correct notice. We know of a whole bunch of reasons why prosecutions don’t happen or are unsuccessful. In no sense does this detract from the fact that unlawful acts have occurred.

I was reminded of this today when a protagonist in one of the cases stated that to the best of his knowledge there had never been any formal complaint against him**. We could spend a long time unpacking that statement. But I don’t think it is necessary. Anyone of a socio-legal turn of mind would argue convincingly that the absence of formal actions is not in itself a hugely strong indicator of the absence of an issue.

I suppose one potentially positive outcome of the co-incidence of these sex pest cases is that it gives the issues much higher profile than had they appeared in isolation. It could, and should, shatter any illusion that suspicions of sexual harassment or inappropriate behaviour – or even sexual abuse – are somehow rare, only arising in particularly dysfunctional workplaces. Or, as suggested in the case of Jimmy Savile, something that was rife in a bygone era, but is no longer of such relevance. In contrast, these are practices that remain stubbornly ingrained in workplaces across sectors.

The cases also illustrate the difficulties victims face in getting themselves heard and taken seriously when they are seeking to make a case against someone deemed powerful. Similar challenges affects whistleblowers of all types, but they are magnified when the issues are less tangible, more difficult to evidence and much more psychologically damaging to the victims than discovering a case of false accounting or bribery.

The cases reinforce the need for sound procedures. The Liberal Democrats didn’t shower themselves in glory here when they referred people to complaints procedures that, for a period, no one could find on the website or anywhere else, and it wasn’t clear who to contact with concerns. I suppose at least mechanisms existed, even if it was difficult to find your way into the system. That it is a step beyond where some other organisations find themselves.

But sound procedure is a small part of the picture. It is the spirit that animates that procedure that is important. And that flows from an organisation’s culture. It doesn’t matter what the procedure says will or should happen, if members of an organisation believe that to raise something is to see it get swept under the carpet then they aren’t going to bother. If that is what has happened in the past within an organisation then that culture has to change before progress can be made. And it will only change by following up fully when someone is brave enough to step forward and raise an issue. Investigation needs to be thorough and any misbehaviour found needs to be punished, and punished in a way that sends a signal to others that it is worth coming forward in future. It can only work if organisations create a culture in which people are valued, but no one comes to think of themselves as invaluable and therefore beyond the rules.

The Liberal Democrats now have a chance to demonstrate that a genuine culture change is being attempted. Or they could use reviews and investigations to kick the issue into the long grass and hope that it all blows over. I suspect the media will not let the party take the latter course, although media attention will shift elsewhere soon enough. I’m crossing my fingers that we see genuine culture change and not the long-grassing of the issue. And that, in doing so, the party can demonstrate that it is possible to reshape the culture of an organisation so that it embodies the respect and dignity for others that we would want to infuse all of organisational life.

Chris (in the comments section) noted that the statement from Lord Rennard actually referred to a “personal complaint” rather than a “formal complaint”. The correct quote, via the BBC, is:

“Let me reiterate that in 27 years working for the Liberal Democrat Party, not a single personal complaint was ever made against me to my knowledge.”

It is Nick Clegg’s statement that refers to a formal complaint:

“I recognise from the Channel 4 broadcast that there are legitimate concerns that issues raised with the party were not handled as well as they should have been. In particular the suggestion that a complaint was made but was not dealt with as a formal complaint.”

Sorry for the inaccuracy.