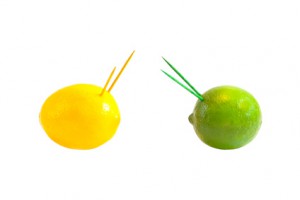 Yesterday’s Telegraph carried a piece about the rise of the Green Party, largely at the expense of the Liberal Democrats. It opens:

Nick Clegg has “betrayed” his voters and traditional sandal-wearing Lib Dems are switching to the Green party across the country, the party’s leader has said.

Natalie Bennett said that the only people left in Mr Clegg’s party are “right wing Liberal Democrats” and their traditional supporters voters are choosing the Green party because they do not want to make the “mistake” of 2010 again.

Bennett subsequently elaborates upon the point:

Voters are turning to her party, she says, because the “right wing” Liberals have abandoned their core voters: “I tend to always play the ball not the man. But I think that Nick Clegg is a right wing liberal democrat.

“He is clearly very comfortable in coalition with the Tories and I think that doesn’t reflect the views of a very number (sic) of people who voted Lib Dems last time.[”]

This is well-worn territory.

There has been plenty of debate over the last few years regarding whether Nick Clegg is a “right wing liberal democrat”, too comfortable with the Tories. Some of his supporters vehemently declare that of course he isn’t; others proclaim the genius of the Clegg Coup – which suggests his sympathies lie in that direction. Others point out that, regardless of whether he is or he isn’t, the strategy of clinging to the Conservatives during the first half of the Parliament did plenty of damage by creating the impression that he was.

And the observation that exits from the Liberal Democrats have predominantly – but not exclusively – been among those who lean to the left has been made frequently. I can think of plenty of Liberal Democrats of that complexion who have decided the party is no longer for them.

None of that is news. But the point that rather annoyed me was the claim that the only people left in the party are “right wing”.

Of course, there are liberal democrats who reject the left-right distinction as an appropriate vehicle for understanding the party’s underlying philosophy. But, given that the left-right axis is the one that underpins our political discourse, it is difficult to avoid engaging with it.

So it feels important to counter the argument that the only people left in the party are right wing. Some surely are. But plenty are not. The outcome of the recent federal elections indicates as much.

Indeed if we take the Social Liberal Forum as representative of the social liberal wing of the party, which, as an approximation, it is, then it is in just as good health as similar groups within the party that occupy other points on the ideological spectrum.

The Liberal Democrat activist base might have shrunk to a core, and that process may have been selective. But a core of social liberal activism remains, and aspires to rebuild. And the party’s Federal Conference is, in my view at least, considerably more socially liberal than those at the heart of the party’s leadership. The party’s membership is growing again. Whether the activist base is more socially liberal than the broader membership is an interesting question: we’ll find out when and if we move to OMOV. It might well be that those who are joining are more impressed with the Coalition’s austere track record than those who have decided not to renew their membership at some point since May 2010.

When people say “the Liberal Democrats are X or think Y” I feel we can usefully respond “which Liberal Democrats?” because whether such statements are plausible or otherwise depends crucially on who you are talking about – is it be leadership, activists or membership? Liberal Democrats centrally or locally? Some things are shared at all levels. But substantial differences in position or understanding can, and do, open up. The recent votes to support Conservative aspirations to reduce access to justice – which I have yet to see attract any meaningful support outside the Parliamentary party – would be a case in point.

We might dismiss Natalie Bennett’s comments as mischief-making of the type we should fully expect in the run up to an election. Of course she is looking to pick up soft votes from the left of the Liberal Democrats by constructing a particular narrative and trying to make it stick. No doubt all parties will be attempting similar manoeuvres over the coming months.

I guess, perhaps, it is an issue that I feel more acutely than usual because I’m in Bristol West, one of the Green’s primary target seats in May.

But as anyone who reads this blog regularly will know, many of the things the Parliamentary Party has supported in coalition have been met with little short of horror in these parts. So for the party to be dismissed en masse as “right wing”, however implausible that might be, rankles more than a little.