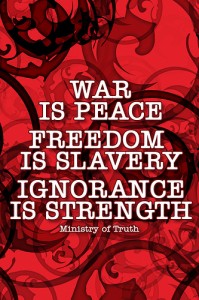 As Richard Morris noted earlier today, the Liberal Democrat blogerati are well represented among the entries for this year’s Orwell Prize for Blogging. Some great bloggers have entered their work, including Richard himself.

The tone is lowered somewhat by the fact that I’ve entered again.

While the Orwell Prize is undoubtedly an exercise in self-promotion, it raises the profile to some excellent writers from across the political spectrum. I’ve come across some fascinating perspectives that I doubt I would have encountered through any other route. So it is well worth scanning the list of entrants for unfamiliar names. You may well stumble across something genuinely stimulating.

The prize requires you to compile an entry of ten posts produced over the course of a year. It offers an opportunity to review the substantial pile of words you’ve shovelled into cyberspace and decide on the combination of posts that best illustrates what you’re all about as a blogger. That can be good fun.

These are the posts that I’ve submitted, in case you’re interested:

One curiosity about this list of posts is the number produced in the last day or two of a month. This doesn’t feel like a purely random observation. But I have no particularly good explanation for it.

But perhaps it gives you all the more reason to keep an eye out for whatever I’m going to post in the middle of next week. 🙂