Who’s who in the private rented sector? 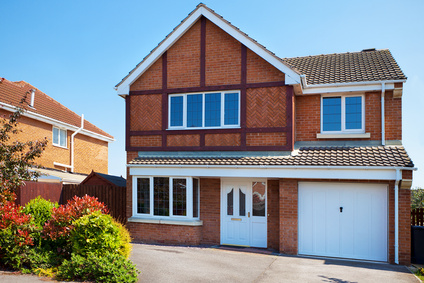 The most striking change in the British housing market over the last decade is the growth of private renting. Last week, Mark Prisk, the housing minister, indicated in the Spectator that further growth is desirable. He wants to make the sector “bigger and better”. But alongside growth is an increasing recognition that we cannot talk about a single private rented sector.

Private rented housing plays different roles in different local housing markets. Thirty years ago, we thought of private renting as accommodating a few distinct groups: those in tied accommodation, the young, the mobile, poor people who did not qualify for social housing, and a rump of lifetime renters on regulated tenancies.

A decade ago, a further group were added to the list: those eligible for social housing who chose private renting to avoid the perceived stigma of estate living. Since then, there have been a number of attempts to identify other groups, such as students and young professionals.

The most recent attempt to anatomise private renting is a report by the Building and Social Housing Foundation, called Who lives in the private rented sector? Rather than relying on existing classifications, the report uses data on private rented households and cluster analysis to identify the groups: those on housing benefit, the over 65s and working-age households.

But this breakdown fails to identify a number of major trends in people living within the private rented sector, such as families with children, which now account for three in ten households renting privately. It also fails to distinguish between in-work and out-of-work households receiving housing benefit, an important distinction because people claiming housing benefit while in work has accounted for the vast majority of new claimants in recent years.

The report reflects the increasing social diversity of the private rented sector, but it is less effective at capturing the constant change within the sector.

All households benefit from accommodation that is safe and healthy, high quality, well-managed and affordable, but there are two main areas of difference: more families living in private renting means a demand for more family-sized housing in easy reach of amenities such as parks and schools, and there is a division of opinion about seeing short-term tenancies as welcome flexibility or as unwelcome insecurity, preventing people from establishing a stable foundation upon which to build a life. This is typically more of an issue for families with children than single people.

Momentum is building behind the view that something needs to be done to change the terms upon which households rent privately. The Labour party has placed greater stability and affordability for private renters at the centre of its strategy, and a process of tenure reform is already under way in Wales; it is only a matter of time before change arrives in England.

The great unanswered question is whether households can be given more security and greater affordability without undermining the economics of renting from the landlords’ perspective or further inflating the housing benefit bill.