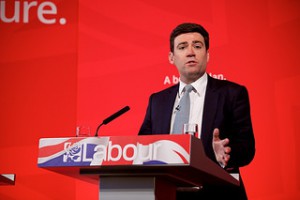 I was following the live tweets coming from Saturday’s debate among the Labour leadership contenders. I could sympathize. Many moons ago I was quizzed at a couple of public events by Simon Fanshawe, the chair of Saturday’s event. He’s not backward in coming forward with the difficult question that gets to the heart of the matter. I think I’ve now just about recovered.

This is already shaping up to be a peculiar contest. Dan Jarvis disappeared from the running before it even got started, but nonetheless has raised his profile enormously in the process. Chuka Umunna dithered a bit, then arrived and departed before the whole carnival really got going.  Who knows what the full reasons for his exit were. I can imagine that that the level of press intrusion is absolutely hideous, but it seems odd that it took him by surprise in the way he suggested it had.

So what are we left with?

With those two candidates out of the running I’m not sure there’s much to set the pulse racing.

This morning I tweeted:

If the candidate who came distant fourth in the 2010 leadership elx is now the favourite that’s surely a pretty desperate state of affairs.

Clearly, that’s a reference to Andy Burnham. It seems to me rather self-evident. If your favourite this time around came a distant 4th to someone who has just been trounced in the polls then things aren’t looking all that great. Unless there is an argument that not only was Ed Miliband’s election a mistake but also that David Miliband and Ed Balls were also somehow erroneously preferred to Andy B.

Yet I was taken to task for that tweet by one of Labour’s Twitter contrarians who stated that my criticism was “daft” and that it is “surreal some think no experience is best in politics”.

I’m not sure I said anywhere that what was needed was someone with no experience. And clearly none of the candidates – including Andy Burnham – has the experience that matters: none has been party leader. But let’s leave that to one side.

It depends on whether Labour are looking for a leader for the next couple of years or someone to lead them into the 2020 General Election. I guess if Andy Burnham has as yet undiscovered hidden depths in his ability to inspire the party and give it a sense of direction then he may be the man for the next couple of years. But I can’t see how he can be seriously considered for the run up to 2020. I’ve nothing against the guy, but the Conservatives will have no hesitation in tearing in to his record. They’ll just point to his tenure as Health Secretary and keep saying “Mid Staffs, Mid Staffs, Mid Staffs” – something to which he’s never yet come up with a particularly good response. And when they’ve done that they’ll point out he was Chief Secretary to the Treasury during the Financial Crisis – the period when Labour ran up the bill that everyone seems so keen they should apologize for. I’m not saying it’s right. I’m not saying it’s fair. But that’s what the Tories will do.

He was succeeded as Chief Secretary by Yvette Cooper, one of the other current contenders for the leadership. So she’s possibly in line for the same treatment. Cooper’s current strategy seems to be to swing dramatically away from Ed Miliband’s position on the economy: where he was seen as anti-business, Cooper seems keen to be seen as almost implausibly pro-business. This stance has got an uber-Blairite feel to it and I’m not sure it works. I’m not sure it works because, first, it doesn’t come across as particularly authentic and, second, if what the population wanted was a massively pro-business party with a strong authoritarian streak – and everyone agrees Cooper has a strong authoritarian streak – then they might as well vote Conservative. It seems Burnham is also positioning in a way that suggests he wants to outflank the Conservatives from the right on topics like immigration.

Personally, I think the Cooper diagnosis on the economy is mistaken anyway. Ed Miliband made a strategic error in drawing the distinction between “predators” and “producers” because it allowed him to be portrayed as anti-business. But his diagnosis wasn’t incorrect. There are companies that make a vastly positive contribution to the British economy and to our society. That contribution should rightly be celebrated. But equally it would be foolish to deny that there is much problematic behaviour in the corporate sector, be it asset stripping rather than creating real value or exploiting consumers who are vulnerable or lacking information. We only have to look at the emerging concerns that a new wave of boiler room scams is heading our way in response to the liberation of pensions to see an example of this.  Similarly, Miliband was not wise to choose a price freeze as the way to address the problems with the energy market. But he wasn’t wrong to say that the energy market has problems.

It would have been possible to frame Miliband’s business agenda in a way that could be seen as broadly positive, or at least not anti-business. But I’m not sure it was possible for Miliband to do it.

Burnham and Cooper are, according to the bookies at least, the front runners for the leadership. I can’t see either of them being effective against the newly emboldened Cameron Conservatives. They both have too much of an association with the last Labour government. And they can look nothing other than disingenuous as they try to dissociate themselves from the Miliband agenda that until two weeks ago they were lining up behind. Some of the policy positions being articulated are no doubt genuinely held – we all know that Burnham can barely mention the NHS without practically welling up – but there is also a sense that there is plenty of triangulation going on as well. Attempts are being made to appeal simultaneously to the various stakeholders who need to feel loved – the unions, the ex-Labour UKIP voters, the aspirational swing voters, and so on – even though they may be perceived to be looking for very different things from the party.

It feels to me like Labour need a fresh start. There needs to be a new vocabulary and someone needs to be able to communicate authentically using it. I’m not sure it is a matter of left versus right. Ed Miliband wasn’t particularly left wing. His problem was that he wasn’t particularly convincing and he wasn’t carrying people with him. The vocabulary may be one of “aspiration” – but that terms has to be given some content before it really starts to signify something. If it means no more than endorsing and legitimising individual material acquisition then that will appeal to some – quite possibly many – but it isn’t going to bring many people back from the Greens. In the background there may well be triangulation, but if we can see the cogs turning as the leaders work out what the right thing to say is at any one time then it will continue to come across as too calculating.

Someone the other day said that Labour might be better looking for a John Smith rather than a Tony Blair at this stage. Someone solid to lead the party forward during a difficult time, but who would hand the leadership over to a charismatic leader – hopefully not in the same circumstances as John Smith did – in the run up to an election, when the party is already on the up. It seems to me there could be much merit in such a two phase strategy. The pool of candidates in a couple of years time might well look very different and more inspiring.

The someone I mention in the last paragraph and couldn’t bring to mind when I was typing the post was Nick Barlow here.