Labour are clearly in difficulties.

Ed Miliband is being written off by many commentators as awkward and ineffectual. We’ve moved beyond playing the ball to playing the man. He’s too geeky. He lacks gravitas. He talks weird politico-speak. His relatively privileged background means he lacks empathy with real people. His attempts to be more ‘relevant’ and street are ever-so slightly embarrassing. He lacks presence. He’s not sufficiently camera-friendly. He walks oddly. Etc, etc, etc. With this sort of stuff circulating among the chatterati, it’s not surprising that opinion polling suggests the public do not see him has prime ministerial material.

No one could sensibly claim Miliband’s performance so far has been stellar. But these criticisms are, in my view, out of proportion with the problem. And they are, in themselves, a damning indictment of our political culture. Style has become so much more important than substance. 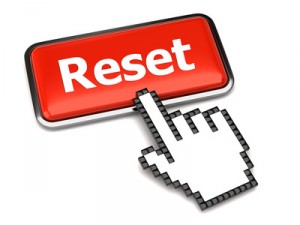 Leaving style aside, an equally big challenge for Labour is on the substance of its policy agenda. Here the party seems to be in the throes of something rather unpleasant.

Some on the Blairite wing appear to see Miliband as a dangerous leftie – the last thing you’d want in charge of a party with socialist roots, of course – who will render the party unelectable. A modern day Michael Foot. There are those who argue that Labour should be capitalising on opportunities to outflank the Tories from the Right, as Blair did, but they fear that Ed is too much of a man of the left to countenance this. Without doubting the existence of this type of argument, I always find it a rather Alice in Wonderland position. Yes, it would be possible to outflank on the Right, but it is hardly true to any sort of consistent principles for a (nominally) left-wing party to do so.

Those on the left of the party see Miliband as in danger of capitulating to the forces of darkness: capitulating to those who believe that Labour’s only chance of re-election is to renounce the spendthrift economic policies of the Blair-Brown years and embrace the position of Conservatives-lite. It is clear that such fears are at least partly justified. Recent interventions from Byrne and Murphy, among others, have resulted in sundry Labour frontbenchers squirming under the glare of the television spotlights as they are asked what precisely the point of their party is if all they are proposing is to echo Coalition spending cuts but to so with regret rather than relish.

Miliband’s speech on Tuesday was almost overshadowed by his slightly bizarre encounter with John Humphrys on the Today programme earlier in the morning. But it was interesting for several reasons. Bagehot in the Economist wrote it off as a “mid-sized politician making outlandish claims”. But that is harsh. The speech sought to steer a course through the competing factions within his party and to shore up the party’s economic credibility, while trying to articulate an agenda for a Miliband Labour party that is distinctive from that of Blair or Brown. No easy task.

The underpinning position is one that largely embraces the fiscal conservatism of the “In the Black” Labour faction. I suspect the diagnosis that this is the only route back to electoral success is correct, and so makes some kind of sense. I happen to feel that from an economic perspective it is not the right approach. But we are well beyond the stage where politicians have any great incentive to adopt a sensible or effective, rather than the politically popular, position.

Nonetheless, I felt that Miliband, given a fair hearing, started to set out a potentially interesting answer to the question of the point of Labour. He started to set out an agenda that might develop into something distinctive. And he had some good lines.

More fundamentally, and important in itself, Miliband is mounting some sort of defence of politics itself:

I believe a simple truth. Politics can always make a difference. The Labour Party stands for fairness and fighting injustice.

Miliband’s acceptance that re-election in 2015 would bring with it a deficit and that would mean spending options are curtailed is an important move. He seeks to distance himself from the Blair-Brown approach to spending, which offered prizes for everyone, because, he argued, it was only feasible during periods of economic growth. But he doesn’t apologise for it. Some commentators believe that the spendthrift Blair-Brown approach wasn’t even sensible in periods of growth and that unless Miliband apologizes he will get nowhere. I’m not so sure. But I’m sure he feels that he can’t apologize, even if he wanted to, while Ed Balls is Shadow Chancellor.

Next time we come back to power, it will be different. We will be handed a deficit. We will have to make difficult choices that all of us wish we did not have to make. So we must rethink how we achieve fairness for Britain in a time when there is less money to spend.

There are some who say that fairness is a luxury we cannot afford in tough times. That is it inevitable that this country must become: more unfair, more unequal, more unjust. That fairness is something for good times, and nothing more.

I believe that is profoundly wrong. When there is less money to spend, the choices are starker. So our values matter even more.

This is pure “In the Black” Labour. It is a plausible position. But it is hampered by the fact that the core concept of “fairness” goes undefined. It is possibly the most vacuous concept in political discourse. Everyone believes in fairness. They just have radically different understandings of what fairness means. Unfairness, inequality and injustice are not the same. Or even necessarily closely aligned. But the speech offers no rigorous statement of precisely what Miliband has in mind. We do, however, get teeth-grinding references to “the squeezed middle”, “hardworking families” and “those who do the right thing”.

There may not be a very explicit definition of Milibandian fairness but its outline can be detected. He argues that:

The last Labour Government did more to tackle poverty than any in British history. Yet, inequality between the very top and the very bottom still grew. The last Labour Government saw many jobs created. But too many people found themselves stuck in low skilled, low wage jobs which offered neither satisfaction, nor to time to spend with the family … Fairness wasn’t hard-wired into our economy and society.

I want to set out a new approach. To demonstrate once and for all that Labour is a party for all times, not only a party for good times … That means three new ways of delivering fairness in difficult times. First, reforming our economy so we have long-term wealth creation with rewards fairly shared. Second, acting against vested interests that squeeze the living standards of families. Third, making choices that favour the hard-working majority.

So what is Labour’s new approach to addressing these problems when there is less money around? To use the power of government in new ways. To set new rules that promote the long-term and fair wealth creation we need.

Again, superficially, this seems like a plausible place to start. But, at this level of generality, this three point agenda hardly differentiates the Labour party very dramatically from the other two parties. Certainly on the face of it everyone seems signed up to the first point. The second seems to take a definition of “vested interests” that means oligopolistic or unregulated industry. The third seems to be, at the level of detail Miliband provides, indistinguishable from the changes that the Coalition are already making in areas such as social housing allocations.

One criticism of Miliband’s speech is that it is long on slogans and soundbites, short on detail. That is both a fair point and beside the point. The specific measures identified in the speech are relatively underwhelming. It is not obvious that they will deliver the “more responsible capitalism” that Miliband is seeking. But it is unfair to expect a speech like this to develop the proposals in detail. The speech made yesterday by Chuka Umunna started to set out in much more detail the sort of changes that Labour have in mind for executive remuneration. This was a much more solid speech which gives something to get your teeth into. It provides plenty of food for thought, and does so by trying to appeal to responsible business leaders, in an attempt to construct an ethos that was not “anti-business” per se.

The Miliband agenda can only really sensibly be judged after we have a clearer idea of what it means at this more detailed level. Other members of the shadow cabinet need to spell out what it would mean in practice. Umunna’s speech suggests something interesting and potentially positive. In contrast, Byrne’s briefer intervention on welfare reform last week suggests an agenda indistinguishable from the unenlightened, authoritarian and stigmatising approach of the Tories.

But, at the same time, we should probably recognise that almost no one except political nerds listens to these more detailed speeches. This isn’t the level at which a political platform is sold to the electorate.

Until we have more detail on which to judge differentiation, in large part Miliband’s argument boils down to ethos and credibility. His argument is basically that the other parties may say they want these things that bring ‘fairness’, but you can’t believe them. Labour actually means it.

I’m sure there are question marks over the Tories’ commitment to dealing with Miliband’s first two ways of delivering fairness. But his argument shows quite how narrow the political territory that the parties are fighting over has become.

And it takes you back to where we started. As far as the vast majority of the electorate is going to be concerned, what Miliband says, and how he says it, is going to be what sells the agenda or doesn’t. So it is about style and showmanship.

My suspicion is that Miliband is trying to do something important in repositioning the party. And I think his speech hints that there is potential to do so, although we await more detail. But I think that the superficialities of style, or its absence, will eventually sink him.

Meanwhile, lest we forget, voters who are desperate for politicians offering an unambiguously left-liberal platform are effectively disenfranchised, unless they happen to live in Brighton and can vote for Caroline Lucas.