British bill of all kinds of wrong 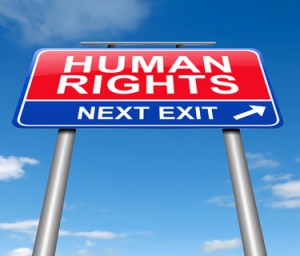 We are getting a very strong indication of the Conservatives’ preoccupations for the opening weeks of this Parliament. The tabloids are keen to tell us the Government is acting decisively by going to ‘war’ against a range of its established bugbears – extremists, the EU, the trade unions, human rights law.

It appears that the Government is aiming to replace the Human Rights Act with a British Bill of Rights during its first hundred days in office. This has all the hallmarks of a legislative car crash.

Liberals of all parties and none are very exercised by the prospect of the removal of human rights. And rightly so. But we are rather in the dark regarding how horrific the Government’s proposals are because no one has yet seen what a British Bill of Rights would comprise. The Conservatives have been talking about it for several years but a draft has not yet seen the light of day. All we really know is that the Government wants to re-establish the sovereignty of the British supreme courts, because they feel the activities of the ECtHR represent an unacceptable interference in domestic affairs.

As well as being awful and awesome in its implications, I find this whole area of policy discussion very bizarre. In a rational, civilized country seeking to show global leadership – a society such as the UK was when it played a major role in establishing the international architecture of human rights – this would be a non-debate.

The Conservatives’ objections to the Human Rights Act and the ECtHR are rather nebulously. If there are specific examples offered then it tends to be the issue of votes for prisoners or judicial impediments to the government’s ability to deport whoever they wish to deport to whichever country they wish to send them. But beyond that it all gets a bit vague. And in a bid to achieve greater control in these areas the Government is willing to risk not only a constitutional catastrophe but also to forfeit the UK’s claims as a standard-bearer for the cause of human rights globally.

When you hear Conservative opponents to the HRA talking you can surely get the sense that there is a visceral dislike of the idea of human rights. But the other impression you get is that there is a lack of understanding of international law and the UK’s treaty obligations. There is seemingly a failure to understand that the position the government is seeking to reach is not achievable within the existing framework.

Many of the objections to the Government’s proposals are now becoming well-known. Human rights obligations are written into the devolution settlements within the UK, and they form part of the Good Friday Agreement, which is an international treaty rather than domestic law. Repealing the HRA for England but not the devolved administrations would, as Philippe Sands observes in the Guardian, mean people having different human rights depending on which side of a border they lived within a country. And that undermines the whole notion of fundamental human rights. It also means that a British Bill of Rights would in fact be an English Bill of Rights.

If the Government continues to pursue its proposed line of policy development then it can only hasten the break up of the Union.

If the Government’s aspiration is to remain within the European Convention then it could be argued that the British Bill of Rights would have to look an awful lot like the Human Rights Act, if its aim is the same – to inscribe Convention rights into domestic law. But even if the British Bill of Rights didn’t look anything like the HRA then Convention rights and the jurisdiction of the Strasbourg court doesn’t just disappear. It just becomes harder to enforce these rights. The only way to avoid that situation is to leave the Convention entirely. Philippe Sands suggests that this was the not-particularly-hidden agenda of the Conservative members of the Coalition government’s Commission on the bill of rights, which seems to have rather acrimoniously fallen apart a few years ago. But leaving the Convention wouldn’t necessarily get where the Conservative leadership wants to go, as Dominic Grieve argued recently. He suggested that it is likely that the action would simply move to the European Court of Justice, which is genuinely expansive in its interpretation of its role.

This brings into focus the further complexity, which is that leaving the Convention would very likely be incompatible with continuing membership of the European Union. Perhaps for the right of the Conservative party that is in fact the whole point. The fuss over prisoners’ votes and the inability to deport Abu Qatada as quickly as they would have liked is simply a Trojan Horse to force us closer to Brexit by a different route.

And all this from a government led by someone who professes to be commited to “one nation” conservatism. The leader of a unionist party no less.

But it is the broader implications of the Government’s rhetoric and approach that need to be recognised. Dominic Grieve summarized it very well in a lecture at the end of 2014:

… these constitutional consequences pale for me compared to the effect on the operation of the Convention itself.

As an international treaty, its success is dependent on peer-group pressure among its adherents to promote respect for it and help ensure its judgments are implemented. That is why it is inconceivable that we can negotiate a special status for ourselves within it and why our departure as one of its principal creators and supporters will be so damaging to it. It is already the case that countries such as Russia are using the UK’s position to try to procrastinate on implementing judgments. Indeed, the effect of our conduct will go further, as the UK’s ambivalence is being cited by countries such as Venezuela in ignoring obligations under the American Convention on Human Rights arising prior to its denunciation of it in 2012 and citing Britain’s approach as a justification and by the president of Kenya over the jurisdiction of the ICC. It bodes ill for all whose lives have been or could be beneficially affected by the existence of the Convention and the work of the Strasbourg Court, and by human rights conventions generally. It flies in the face of all the good work done internationally by the UK government to promote human rights for so long. I have to say that as a Conservative, this pains me. Whatever the challenges the Convention has posed—and I accept that there are some proper grounds to criticise its operation—the failure of ambition … and the narrowness of … moral and political vision is very disappointing.

How many lives in the UK will be improved by the Government’s crass, populist approach to human rights? Very likely none. How many lives globally have already been, indirectly, negatively affected by its stance? Quite possibly thousands.

I find it extraordinary that its shamefully parochial approach to this issue is not simply treated with derision by all serious politicians.

But this takes us back to the problems of small politics, which I have blogged about before.

For a more structured discussion of the legal obstacles, written by an actual lawyer, see David Allen Green’s The seven hurdles for repeal of the Human Rights Act, which has just appeared online.