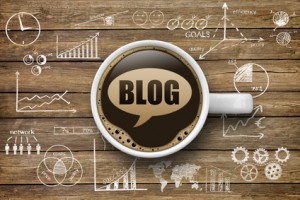 He notes that blogs play a key role in policy debate not simply because it is possible to conduct the debate on a timescale that is relevant to policy (fast not slow) but also because blogs allow you to do things that journals don’t value. The journals worry about the logical consistency and coherence of models, and are less concerned about whether the models capture particular real world situations in meaningful ways. In contrast, policy needs the judicious application not just of an economic model but also “economic history … psychology, politics and law”. The sort of knowledge useful for policy is hard to represent in the academic economic journals. It is inherently eclectic: wisdom not cleverness.

These aspects of Tabarrok’s post reminds me of some of the comments made by policymakers who participated in the debates at the UK Treasury a while ago on what sort of economics education is useful for policy.

But Tabarrok takes things further than that discussion with his second point. Being published in academic journals is surely about getting through the refereeing process. It is also about fitting within a particular paradigm. There are gatekeepers to be negotiated before you have a chance to air your views in public. Tabarrok observes that “journals are … less open to different approaches”, which rather feels like understating the case. Are economics bloggers more willing to value contributions from alternative perspectives or other disciplines than academic economists in their day jobs? I can certainly think of some evidence that that is the case. But the evidence isn’t entirely overwhelming.

What isn’t in doubt is that blogs democratize the debate.

Some bloggers bring an institutional affiliation and academic reputation to the blogosphere and that no doubt delivers them a readymade audience and a sympathetic hearing – at least for the time it takes to demonstrate whether they’ve got the hang of this blogging lark. But I’m sure we can all think of prominent economics bloggers who may work in less than prestigious institutions, or who may have academic affiliations but do not – yet – have well-established academic reputations. Similarly, there are bloggers who have extremely wise things to say about what is happening in the economy who have not, as far as I’m aware, ever come anywhere near joining the faculty of a university economics department.

As Tabarrok notes, “anyone can contribute to the conversation”. And their contribution will in large part be judged on the merits of its content, not on who they are. Do they know that they are talking about? Can they offer insight and illumination? That is the key thing. While insight may correlate with formal credentials, the correlation is a long way from perfect.

In short, economics on the blogs is less about formal proofs and more about combining economics, politics, psychology, history, and law to give useful advice. Adam Smith, David Hume, John Stuart Mill, Fredrick Bastiat–they would have understood the debate on the blogs much better than what goes on in the journals–I mean not simply that the journals are technical but that these economists would have understood the practice of blogging and recognized it as being much closer to what they were doing. Thus, I refer to economics blogging as The Return of Political Economy.

I hadn’t quite thought of it in that way. But now it has been pointed out it seems like it should have been self-evident. And as far as I am concerned a return to political economy is precisely what’s needed. Economics reconnecting with its roots in order to bring wisdom to policymaking. That’s a move to be encouraged.

But then I guess I would say that wouldn’t I?