[Originally posted at the SPS Comment and Analysis, 03/11/16, under a slightly different title] 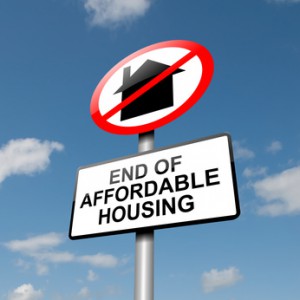 We are about to see one of the welfare policies of the late, only occasionally lamented Coalition government bear particularly ugly fruit. On Monday the process of lowering the Overall Benefit Cap (OBC) from £26,000 per year begins. Over the coming months the policy will be rolled out across the country, with the cap being reduced to £20,000 outside London and £23,000 in London.

The lowering of the cap is likely to have a dramatic effect. The initial cap at £26,000 affected a relatively small number of households, mostly large families and those in particularly high cost properties. However, the Chartered Institute of Housing has estimated that the lower cap will affect 116,000 households including over 300,000 children. Other analysts have argued that this is an under-estimate and the change will affect closer to 500,000 children. Lowering the cap means that some households will be left with next to no assistance from the government with their housing costs. Their weekly entitlement to housing benefit will drop sharply: as a consequence there is a risk of rent arrears accumulating rapidly. Given these are households who are already entitled to social security benefits they will struggle to make up the shortfall in rent from elsewhere. Hence there is a serious concern that arrears will be followed swiftly by eviction and homelessness.

It is likely that many of these households will turn to their local authority for help under the homelessness duties. The net result could therefore be that they end up in temporary accommodation which is both poorer quality and more expensive than the property from which they’ve been evicted. So the public purse will end up paying more for less.

The standard response to these arguments from Government is that households can exempt themselves from the OBC by moving in to employment. Indeed, one of the key characteristics of the policy, from the Government’s perspective, was that it incentivised households to seek employment.

However, there is limited evidence that the initial cap at £26,000 had such an effect. The likelihood that the lower cap will have such an effect is equally questionable, in large part because most of the households affected are not deemed to be unemployed and able to actively seek work.

Most informed commentators are expecting the change to the OBC to have some significant negative impacts on the living standards of low income households and the homelessness statistics over the next year. But it also brings a broader point of principle into sharp relief.

The introduction of the Overall Benefit Cap via the 2012 Welfare Reform Act was viewed as one of the Coalition’s more popular reforms. Placing a limit on the maximum amount of benefit a household could receive was claimed to restore ‘fairness’ to the social security system by ensuring that no household reliant on social security received more than the equivalent of median household income. Many social policy commentators argued that this claim to greater ‘fairness’ was highly dubious, for a variety of reasons.

Nonetheless, it was a claim and a policy that seemed to meet with considerable approval among voters, as measured by opinion polls at least. So much so that the Labour opposition shows no inclination to repeal the OBC.

However, the OBC represents a fundamental change in the nature of our social security system. It breaks with the principle that assistance should be based upon need and that the government has obligations to ensure that households secure a minimum standard of living.

Assistance on the basis of needs

Under the social security system as it operated prior to the introduction of the OBC it was true that some households ended up receiving substantial sums of money from the state. But that was not accidental or arbitrary. It was a product of their household characteristics – most typically the presence in the household of several children – and/or their high housing costs. There is little robust evidence that either of these policy drivers are a a function of the social security system itself.

Yet, it is clear that policy has played a role in driving up the welfare bill. For example, 30 years of housing policy – including the Coalition’s own ‘affordable’ rent policy – drove up social housing rents in the belief that the right model was to limit rent subsidies and let housing benefit ‘take the strain’. At the same time, a failure of new housing supply to keep pace with demand and the financialisation of the private housing market mean that housing costs have moved – seemingly inexorably – upwards.

These changes are of no real benefit to the households living in these more expensive properties. Indeed, there are good arguments that greater reliance on housing benefit has negative consequences for households. But engineering higher rents is a good mechanism for transferring money from taxpayers to landlords or lenders.

Yet, as government has sought to exercise control over the welfare budget using crude measures like the OBC it is households – not landlords or lenders – that will face the most acute negative consequences.

It could be argued that the OBC decisively breaks the link between household characteristics/housing costs and the amount of money a household is deemed eligible to receive. Under the new cap, for example, in the most extreme cases some larger families will find that they are now only eligible for 50p a week in assistance with housing costs. Effectively the Government is saying that for certain families it no longer accepts the obligation to assist in securing accommodation appropriate to the household’s needs.

If that feels like too emphatic a position to take, we could argue instead that the OBC policy seeks to re-calibrate where the minimum standard might be and precisely the extent of the obligations upon the state to assist.

For example, before the arrival of the Coalition’s welfare reform agenda there was limited debate about the ‘where’ of government assistance. If I lived in Bristol, Bath or some other relatively expensive area and found that I needed assistance from social security to pay my rent then assistance would be made available. Of course, there were restrictions on the extent of that assistance, which meant that there were parts of the rented housing stock that I couldn’t afford. But, broadly speaking, the social security system would step in to help me maintain my current location.

There are good reasons for this. For example, if I have children in school then if social security helps me to stay in my current accommodation then it means current family and social support networks, access to services and amenities, and my children’s educational progress are not unduly disrupted.

The current system in effect rejects the idea that you have a right to stay in your current area once you become dependent on social security. There is no longer any certainty that the government will provide sufficient assistance to allow you to afford appropriate accommodation locally – including your current accommodation – if you are subject to the OBC.

The OBC policy has already triggered mobility in London where the initial £26,000 cap rendered much of inner London unaffordable. Lowering the cap is now going to trigger another wave of mobility as more households in more parts of the country are affected and have to seek cheaper accommodation. Moving to accommodation in a cheaper area can result in housing quality being maintained, but other key contributors to quality of life – such as social and family networks – being lost. The alternative strategy, adopted by some households in the face of more limited assistance, is trading down locally. This means that location – hence social and family networks – is maintained but housing quality deteriorates. This can result in an increase in sharing, overcrowding and more informal housing arrangements.

When it was originally proposed the danger with the overall benefit cap was never that it would have a widespread negative impact upon poor households straight away. Because the initial benchmark was median household income, relatively few households were affected. That presumably made it more palatable to politicians of different persuasions. The real danger was that having conceded the principle that a cap was an appropriate mechanism it allowed subsequent governments to tighten the cap as much as they wanted to.

We are about to see the cap lowered to a level that will cause a substantial number of households significant difficulty. And it is a moot point whether it will save any money overall as costs are shunted from one budget to another.

But there is nothing to say that that is the end of the matter. This may be only the first such tightening of the cap. It is not implausible to imagine a future government – perhaps a government facing sharply declining tax revenues as a result of a major economic shock – arguing that in the interests of the country’s overall fiscal position the cap needs to be lowered further.

Avoiding an even harsher future

Perhaps the best way to minimise the risk of that happening is both to press the arguments for the importance of the principle of guaranteeing minimum incomes and to assemble and communicate effectively the evidence on the negative consequences of policy that is already in train.

All we would need then is a government that, on the one hand, feels constrained to recognise rights-based arguments for ensuring standards of living and, on the other, is amenable to being influenced by evidence. If we had one of those then we could be well placed to ensure that the lives of the poorest are not unnecessarily made that much harsher.