On the revocability or otherwise of Article 50 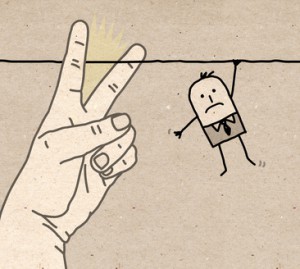 There’s an understandable tendency among those who voted Leave in June to get upset at the suggestion they’re a bit dim. That they didn’t – and, even as the evidence accumulates, still don’t – understand the negative consequences of the result.

So if we work with the assumption that the Leave vote was as well-informed as it could reasonably be, given the complexity of issues, I find it difficult to understand why anyone could object to the case being taken to the Irish courts by Jolyon Maugham QC on the basis of a crowdfunded campaign.

The principal purpose of the case is to establish whether Article 50 is revocable or not. It might well require taking the case from the Irish courts to the European court for an authoritative determination.

This is a point upon which absolute clarity is desirable – indeed, essential – before Article 50 is triggered. Given there is currently legal uncertainty, this is not the sort of situation in which it would be wise to rely upon assurance or assertion – either positive or negative.

Leavers start from the position that the point of leaving the EU is to pursue a better future for the UK. If we find ourselves in the situation where it is clear that the damage done by leaving is substantial, while the claimed benefits are discovered to be largely illusory, then sensible Leavers would surely want available the option to conclude that, all things considered and with regret, staying the EU is the better way forward.

Such a decision could only be made on the basis of costs that have already been incurred, risks that have crystallised, or benefits that are demonstrably not going to be realised. It can’t take into account benefits claimed for the long-term future: promises of jam tomorrow are always hard to weigh in the balance. Yet it is perfectly possible that at some point the calculus of probabilities starts to look so adverse that those who are supportive of leaving in principle are moved by circumstances to change their mind. It is the only intelligent position to adopt.

If it turns out that triggering Article 50 is irrevocable then heading down that road will mean the UK gives up pretty much all bargaining power in shaping the terms of the final exit deal with the rEU. To think otherwise is, in my view, to misunderstand power and politics. In such circumstances the 27 remaining EU countries know that they only have to wait for the two year clock to tick down and the UK will become increasingly desperate to strike a deal on whatever terms are available because the alternative is to exit to chaos. Mrs May’s aspirations and her Brexit plan – assuming it exists in secret – are largely irrelevant.

Similarly, the Liberal Democrat strategy of demanding a second referendum on the terms of the exit deal is largely meaningless if Article 50 is irrevocable. Even if there were a referendum which rejects the terms of the deal, without being able to revoke Article 50 there is no going back. So the outcome would be to accept a deal that has lost a popular vote or exit to chaos. Lose-lose.

The Labour party’s position on the matter is … well, whatever it is. Who knows what it looks like today?

The question of whether the Article 50 process is a one-way street or not is absolutely fundamental to the dynamics of the process once Article 50 is triggered. And to the wisdom of triggering it at all. Clarity on the point can’t be treated as an afterthought. So everyone should welcome Mr Maugham’s case in the Irish courts. It has the potential to fill in a vital piece of the jigsaw. It doesn’t stop the UK exiting the EU. But it means that the decision to do so is taken with eyes open, rather than making a legal leap in the dark.

To take the position that the revocability or otherwise of Article 50 is irrelevant to the decision to trigger it is not simply foolhardy. It is to say that we are happy to see the UK exit the EU on whatever terms are available, and however ruinous it might be for the country. Such a stance is that of the blinkered ideologue. Or the incorrigibly naïve and optimistic. Or those who are a bit dim.