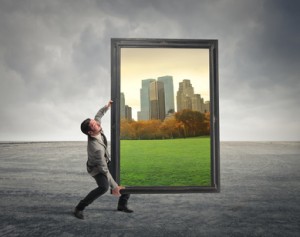 Yesterday I spent the morning at a meeting of housing policy types. Around the table were policy-makers, practitioners, voluntary sector representatives, and a sprinkling of academics. Everyone there was, as far as I could tell, signed up to the idea that good quality, secure and affordable housing is not only desirable in its own right but also has positive impacts on a whole range of other policy areas – health and social care, education, economic performance, combating poverty and social exclusion.

The discussion ranged widely. Part of the morning was spent considering how to get the message out. While the housing policy community might all subscribe to the powerful benefits of good housing, that isn’t a position embraced within all the relevant policy circles. Or, rather, it is a position that many politicians and policy-makers will acknowledge, but not acknowledge the issue as sufficiently high up the agenda to devote a sizable share of scarce resources to it, in the face of competing claims.*

Our discussion yesterday didn’t come to any very definite conclusions. That wasn’t the aim. But it made me think about Baumgartner and Jones’s punctuated equilibrium theory (see Paul’s excellent brief summary).

More specifically, it suggested that we might benefit from attending to the idea of “venue shopping”. In seeking to explain how extended periods of policy stability can be followed by periods of rapid policy change B&J highlighted the key role that changing policy venues could play. In some respects this is just working through the implications of Mark Twain’s observation that if you always do what you’ve always done then you’ll always get what you’ve always got.

If discussions of housing and housing policy are restricted to housing policy circles then the outcome is quite likely to be policy stability. We agree, they disagree. Nothing changes. If you move to other venues and get other policy actors involved then that can destabilize consensus or stalemate, foster new thinking, or inject new urgency into the debate.

We are used to thinking about the connections between housing, health, and social care, even though there is still a job of work to do to convince colleagues in health. And we are familiar with the idea of housing and housing organisations as central to anti-poverty strategies. But the contemporary discussion of housing and education is less well developed. Some of the lessons we learnt many years ago about the value of adequate stable accommodation to child development and educational attainment appear to have been lost. They may still be part of the housing discussion. But are they a clearly articulated part of the education debate?

Similarly, while housing costs are part of the discussion around the bottom end of the labour market – it is a key part of the story of the introduction of Universal Credit – it is perhaps a less central part of the story of local economic development or economic growth. Construction surely features in discussions of ways to give the economy a short term boost. But the point here is to be clear about how a better functioning housing market is integral to the infrastructure needed to sustain economic performance.

You might say that we know this. I sort of agree. But I sort of disagree. The other part of the B&J argument is that it is not only about opening up the discussion in a new venues, but also about the introduction of new stakeholders to the discussion. It’s no good people like me pitching up in new places saying that housing is important. We would say that wouldn’t we. When business leaders and industry lobby groups start highlighting the issue and pressing the case we might see policy sitting up and taking notice. It won’t just be Eric Pickles who gets his ear bent but Vince Cable and George Osborne as well. In a world where local spatial development policy is passing beyond democratic control and into the hands of the Local Enterprise Partnerships, the sorts of people who need to be hearing the housing message are changing.

In some respects this is no more than to observe that housing needs to hitch itself to policy debates that loom larger in politicians’ thinking. And such a strategy would be entirely justified. Housing expenditure is preventative and facilitative. That means we are not necessarily talking about incurring increasing public spending overall. We’re talking about spending smarter. But it needs policy to think holistically not departmentally, something that it has traditionally found rather difficult.

Venue shopping. It could be the key to progress.

* And please don’t respond by talking about Help to Buy. That may involve large sums of money, but it also involves large dollops of idiocy.