[On 10/01/13 I gave a brief overview of the context facing rented housing as part of an event called Housing Challenges in Exeter organised by Exeter City Council. This is the text to accompany my presentation.] 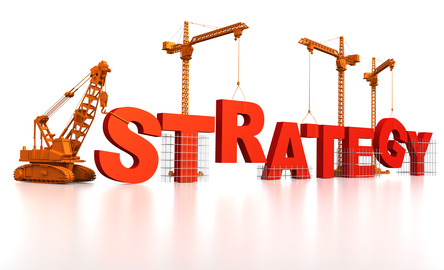 Our housing system faces significant pressures. Short term pressures generated by the fallout from the financial crisis have been overlaid upon longer term problems. These pressures are felt particularly acutely in the rented sectors. Difficulties accessing home ownership boost the demand for private and social renting. Social housing is only able to rehouse a relatively small proportion of those on the waiting list. Difficulties accessing social housing boost the demand for private renting. But in many areas the demand of private renting is such that there are access difficulties here too.

These are challenging times for those seeking to ensure populations are adequately housed.

The other key component of the context is cuts.

We are already wrestling with the impact of the rebasing of the Local Housing Allowance in the private rented sector. We are yet to see the consequences of the bedroom tax and the overall benefit cap. But negative consequences for significant numbers of households there undoubtedly will be. And most recently we have the proposal for increasing benefits at 1% for the next three years. This will result in the erosion of the real value of benefits that are already meagre. Increased hardship will inevitably result.

And this is an important point. If we think it is bad now, over the lifetime of a five year strategy it is going to get significantly worse. These caps will progressively tighten. A higher proportion of the housing stock will become inaccessible to those reliant on assistance from benefits to secure accommodation. Unless, that is, there is a major correction in the market and housing costs fall sharply.

It is not wild speculation to suggest that housing challenges are going to increase over the next few years.

For social housing we have two distinct visions in play.

On the one hand, the Coalition government has attempted to reorientate policy in a short period of time, although in fact it is sending out slightly mixed messages. The headline message is that social housing is accommodation for those in acute need. It is a temporary safety net. Emblematic of this perspective are the fixed term tenancies introduced by the Localism Act.

When household circumstances improve and need lessens then the expectation is that you should be moving out the sector or trading down to smaller accommodation: making way for someone who needs the property more than you do.

The net result of embracing this approach fully would be to concentrate disadvantage even further in the social rented sector.

In relation specifically to homelessness duties, the government has sought to embed a different understanding of what statutory homeless status signifies. It has broken the link between being accepted as statutorily homeless and access to a secure social housing tenancy. The Localism Act allows discharge of duty into the private rented sector without requiring the tenant’s agreement. This is a move attempted back in the 1990s by the Major government but reversed by the first Blair government. The context has moved on; this time it is a change that is likely to stick.

Embedding this approach – and diverting homeless households (back) into the private rented sector – would disperse disadvantage.

The message is mixed, however, because there is another strand to the Government’s argument. This is the argument that social housing should be available to “hard working families” who struggle to secure market housing. These are not families with social problems or specific needs, other than the need for an affordable roof over their head. This argument does not sit hugely comfortably with the safety net component of thinking. Although it could be argued that the move to divert homeless households to the private rented sector is in part about “making space” in social housing for “more deserving” households.

We have also moved into a new era in relation to the development of new social housing. New “affordable” housing is likely to be offered at near market rents, with higher rents as the income stream that funds the borrowing underpinning development. The consequence is a higher benefit bill, lower post-housing household incomes, and/or social housing accommodating different – higher income – households.

This is a model that changes risks for social landlords. It is also a model that is unsustainable. At some point landlords will run out of unencumbered assets.

It is also a model that further blurs the boundaries between social and private renting by allowing private landlords to register to access grant under the affordable rent regime. In fact, we are seeing a degree of convergence across the rented sectors. Social landlords are getting involved in intermediate and market renting, possibly by setting up subsidiaries to manage this line of business. Private landlords are adding affordable renting to their market rent activities. It may be that in the medium term many more landlords will converge on a similar model based upon a mixed portfolio.

The Coalition’s vision for social housing can be contrasted with older well-established understandings. Mr Shapps used to talk about a lazy consensus. I’m not sure it was lazy. And it wasn’t fully a consensus. But there was a relatively broadly shared starting point for thinking about social housing.

Social housing was seen as potentially a tenure for life. A base from which to build a life. Secure tenancies in the local authority sector are emblematic of this position. Acceptance as statutorily homeless would lead to a secure or assured social housing tenancy, although the wait in “temporary” accommodation may be long. Of course, applicants moved out of the sector or traded down out of choice. And sometimes those choices were incentivised by offering financial, or other, carrots. But households wishing to stay in social housing could do so. This was a legitimate choice.

The Government argues that this is a position we can no longer afford and it isn’t fair. If we allow people who no longer “need” social housing to occupy social rented properties then we are condemning needier households to languish in less satisfactory B&B or temporary accommodation.

At base this is an argument about who is more “deserving” access to social housing. We are reprioritising needs. It is also implicitly, though not entirely, an intergenerational argument. Older people should make way for younger people. Their welfare – in terms of being able to continue living in the family home, for example – is less important than the welfare of the young family that could occupy that property.

It is an argument that focuses entirely on individual circumstances and welfare. It takes no real account of the aggregate, neighbourhood consequences.

The Government has made new powers and new flexibilities available to local authorities. There are new freedoms available to frame allocations schemes that embody locally determined priorities.

While the Government has offered these new freedoms, local responses have differed. Some local authorities have embraced the possibilities. They are fully on board with the idea of social housing as a temporary safety net. Others have developed more mixed approaches, using fixed-term tenancies in more specific circumstances. Still others have rejected these freedoms outright. They judge that the negative consequences of this model outweigh the positive and are sticking with the more well-established approach.

The private rented sector is inevitably going to be a big part of the housing story over the next period. The rapid growth of private renting is the most notable feature of UK housing over the last five years. There is little sign that this is slowing. Even under the most favourable conditions, development of new social housing takes time. So in the short term increasing the availability of private rented accommodation is likely to play a bigger role in meeting housing need. The fact that private renting is housing more families means that it is going to loom increasingly large in the national housing policy debate. The pressure for regulation and for longer tenancies – which could perhaps be ignored when the sector catered primarily for the transient, single and poor – will become harder to resist.

But at local level there are big questions about private renting.

Are systems of registration and accreditation effective? Are they rigorous enough to deliver quality accommodation without discouraging supply too severely?

Should more housing associations bring professional and non-exploitative housing management expertise to the market renting sector? Benefit changes mean that there are going to be more poorer people looking for smaller cheaper accommodation. Should social landlords become more involved in providing shared and HMO accommodation? Such housing has thus far largely been focused on the supported housing sector. Is there going to be increasing demand from people who just want somewhere cheap to live?

There are questions about poor practice among letting agents. Should local authorities or housing associations become more involved in providing high quality not-for-profit lettings services to ensure that more tenants get a good deal? Exeter is already involved in this field with EXtralet. Would more of this type of activity make a bigger impact upon effectively meeting housing need in the short term than anything that can be done in the conventional social housing sector?

There is little sign that the challenges of meeting local housing needs are going to do anything other than become more intense. Some of the old solutions and ways of working are no longer available or effective. We need some new ideas and new ways of working.