Osbo’s poverty trap and pinging the elastic of reality 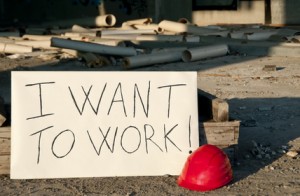 Since they entered office the blue-tinged contingent of the Coalition has been engaged in a systematic process of stigmatising those in receipt of social security benefits. Great emphasis has been placed upon the undeserving and the fraudulent. There is support for the hard working strivers, but condemnation for the skivers. The spotlight has been on the most extreme cases of households receiving substantial financial support from social security in order to create a smoke screen for cuts in benefits to the poorest. The Tories are convinced that welfare “reform” – particularly the overall weekly benefit cap – is their most popular policy. Yet many of the components of this policy have yet to be fully implemented. The general public has yet to grasp their full impact. It may transpire that once they do, the Tories will feel they acted precipitately in drawing such a positive conclusion.

In this year’s Autumn Statement the Chancellor proposed to hold increases in benefits to 1%. This implies the erosion of the real value of benefits if price inflation is above 1%. Which it is.

The justification for this proposal is that the welfare budget is unaffordable and “out of control”. Everyone needs to share the burden of returning the government finances to health, and this year that includes those who are out of work. It has been portrayed simply as one further outworking of the mantra “we’re all in it together”. The policy, and the accompanying rhetoric, has certainly been cast from the same mould as much that has emanated from the Treasury and the Department for Work and Pensions over the last two and a half years.

Yet, this is a policy proposal that many of those in the yellow contingent of the Coalition are uncomfortable with. Many see it as a step too far. Certainly, the welfare budget is not out of control, and most of that money goes to pensioners and those in work, not to those who are out of work. A key problem is tax credits subsidising poverty wages, rather than unemployed people living a life of pampered leisure. As Jonathan Portes has argued, uprating by inflation would not be an unsustainable policy. It is a political choice not to do it.

But more interesting has been the reaction from Labour.

Several commentators quickly noted that Osborne was laying quite a careful trap for Labour, particularly as the proposed restriction in benefit uprating runs beyond the date of the next election (Hopi Sen was characteristically quick off the mark). If Labour reject Osborne’s proposal then they can be portrayed as soft on scroungers, soft on deficit reduction, and against “making work pay”. On the other hand, if they go with Osborne’s proposal then they are going to be condemning the already poor to even greater poverty. Some on the left, such as Rob Marchant at Labour Uncut, suggest that short term political calculation should prevail. That implies that Labour should resist the temptation to oppose Osborne’s policy because otherwise Labour would be giving up the middle ground. Others on the left argue that if Labour didn’t oppose a policy so callously and calculatedly designed to punish the poorest then you might have to start asking what the point of the Labour party actually is.

It feels to me like if the Labour party are going to oppose this proposal then they need to go big on it. Only if they do will they be able to break through Osbo’s inevitable taunts of fecklessness. They need to get away from rather broad brush responses of indignation and anchor their opposition in some very concrete examples of what sort of negative impact Osbo’s policy will have on the lives of the poorest. They don’t just need to challenge a prevailing discourse of mass fraud – when fraud is in fact rare – and a discourse of undeservingness – when many people are keen to work more, if the opportunities were available. They need to make the issue come alive. They need to get people to rediscover some empathy. They need to make the case that no one in Britain in 2012 should be expected to subsist on such meagre rations. Everyone and anyone who is a citizen should be entitled to something better.

How the formal political opposition to this policy develops over the next few weeks will be interesting, as well as vitally important.

And it will be made more interesting by the fact that Osbo’s premise – that the people are behind him on this one – is being challenged. As Mark Thompson noted the other day, Osborne thinks he can win by appealing to people’s mean-spiritedness. Everyone will be happy to see money taken away from the poorest, as long as the Tories keep shouting “scroungers” often enough and loudly enough.

But the Government’s agenda is beginning to test our understanding of what type of country we are. Thompson notes that recent survey evidence, contra Osbo, suggests that the majority of people feel benefits should be uprated by inflation or above (although Hopi Sen points out the evidence is a little ambiguous).

And that is before we recognise, as a number of commentators have already pointed out, that six out of ten of those affected by Osbo’s 1% limit are working. The Conservatives have argued that raising the tax threshold will mean that on balance no one in work will be worse off, but, as Declan Gaffney notes, that can’t possibly be true.

Yet today the Conservatives are having another go. They have unveiled their new attack ad campaign. The ads pose the question “Who do you think the government should be giving help to?”. The only options available in response are “hard working families… ” or “… people who won’t work?”. The implication being that everyone who is not in work is choosing not to work. The campaign has all the hallmarks of Mr Shapps and his tenuous relationship with facts and fair reporting.

And here we might be coming up against the limits of “post-truth” politics. The Government may keep asserting that everyone who isn’t working is a skiver and therefore undeserving. Or everyone who is receiving assistance isn’t really disabled but a fraud. But at some point this becomes so detached from reality as to be absurd. People will say enough is enough.

There hasn’t been a mass outbreak of skiving in the last two years. There are a lot of people underemployed because they can’t find full time work. They are trying their best. Starving them won’t be an additional spur. As research published by JRF indicated this week, the culture of worklessness the Tories rail against is rather elusive in reality. The newspapers are starting to fill with stories of masses relying on food banks, teachers buying food for children turning up to school hungry, and rapid rises in shoplifting of basic foodstuffs. The credibility of the claim that all the Government is doing is curbing the lives of luxury that all these benefit scroungers were living rapidly dissolves.

And that is before we account for the increasingly desperate situation of many disabled people, including those who die or commit suicide as a result of being declared fit to work. This week we had news that the Government proposes to redefine eligibility for Motability in a way that will most likely result in something like a 100,000 disabled people becoming trapped in their homes. The money saved is peanuts, in the grand scheme of things. Is that change anything other than spiteful?

I think Osbo has overplayed his hand. Mark Thompson is, I hope, right. This is not an agenda most people are happy to go along with. Enough people are going to be saying that even if the deficit needs dealing with, reducing the poorest to absolute penury is not the way to do it.

Perhaps encouragingly, if you look at the Conservative Home post that introduces the Conservatives’ new attack ad many of the most highly rated comments below the line are condemning the ad. They are condemning it on the grounds that it is based on an untruth – not everyone who is unemployed is choosing not to work – and that we shouldn’t be stooping to using such tactics. It’s almost as if the British sense of fair play has been affronted. Even in the unpleasant business of politics there are some depths that shouldn’t be plumbed.

So maybe there is hope that there will be pressure for a change of direction from within, as well as without.