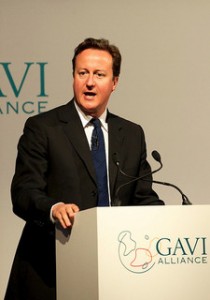 I was considering blogging in detail about David Cameron’s speech yesterday on welfare. But I decided against it. There are already several very good critiques of the substance of the speech. Plenty of people, including IPPR’s Nick Pearce, have pointed out that the speech was primarily about politics rather than policy. It was about “throwing some red meat” to the pack of feral dogs that apparently prowl the Tory backbenches. Tim Leunig of CentreForum has pointed out that the proposals pertaining to the removal of housing benefit for the under 25s are – how should we put it? – a little ill-thought out. CentreForum were also one of the first commentators to point out that David Cameron seemed to be criticising one of the Coalition’s own policies. We know Cameron isn’t a detail man, but that is pretty inept.

So I just wanted to make a couple of comments.

Various of this Government’s ministers have already run into flak for their habit of being rather careless in the use of statistics. Pickles, Shapps, Grayling, Duncan-Smith – they’ve all been criticised for misusing or misrepresenting key statistics in pursue of their policy agenda.

But Cameron’s speech takes us to a whole new level. We seem to have broken entirely free of any mooring in reality. We are now in the realms of policy by hypothetical case study. Cameron presents a number of scenarios in which families who “work hard and do the right thing” are outraged to discover that they are living near feckless benefit-scrounging households who are in a better financial position as a result of the unrestrained largesse of the state. These scenarios are, of course, primarily intended to stoke indignation and division. We need to vilify the disadvantaged in order to withdraw assistance from them without compunction.

But we also need to stop and ask – if we have any aspirations at all to rational policy making – how realistic these scenarios are. And how frequently they occur.

Declan Gaffney has provided an extremely important corrective the Cameron’s piece at L’Art Social. He demonstrates that if you compare families like for like and apply the benefit rules as they actually are, rather than how Cameron appears to imagine they are, then it turns out that the hard pressed family in work also gets assistance from the state and is financially better off than the family on benefit. So the inequity that Cameron has manufactured in order to justify the policy does not actually exist. Quelle surprise.

The second point I would make is that when the speech does venturing into something approaching concrete analysis it can be shockingly shaky on the detail. The speech seems to conflate policy in the private rented sector with policy in the social housing sector. It states that “There are currently 210,000 people aged 16-24 who are social housing tenants”. I’m perfectly willing to believe that is the case – I’ve not checked the numbers recently. But Cameron omits to mention that single young people without dependants have relatively low priority in most allocation schemes unless they have significant vulnerabilities, and he’s willing to concede that those with significant vulnerabilities may be worthy of assistance. Few will be walking breezily out of the parental home and straight in to a council flat, unless they face some very significant issues. So in practice how big is this “problem” of undeserving young people we need to address so urgently?

Finally, the whole speech constructs “hard working families” and the benefit scroungers as two different groups of people. The implication is that most of those on benefit are totally disengaged from the labour market and have been for years. Not only disengaged, but contemptuously turning their backs on the world of work to enjoy a life of state-funded luxury. Lazy blighters. Something must be done about them.

It’s a classic tactic. It’s one of the issues I blogged about very early on, in “Us” and “Them”. Yes them over there. The benefit scroungers, and have returned to several times. It conveniently neglects the dynamic nature of poverty and the fact that the boundary between “in work” and “out of work” is rather more uncertain and fluid than it might first appear. It overlooks the fact that many of those who claim benefit are in work: they are precisely the hard working families that Cameron is so pleased are doing the right thing; not some parasitic alien species.

The speech is entirely silent on the issue of how much current unemployment might in fact be the product of adverse economic circumstances. Or, indeed, inept government policy. Of course it’s silent. Recognising such structural considerations wouldn’t allow us to lay the blame where it is most appropriately laid.

It just wouldn’t fit a narrative of failings in personal morality and responsibility. Nor would it assist a critique of counterproductive welfare interventions by the well-intentioned but ultimately malign state.

And that’s the familiar refrain that the nasty party is reprising with gusto.