Where is the market? 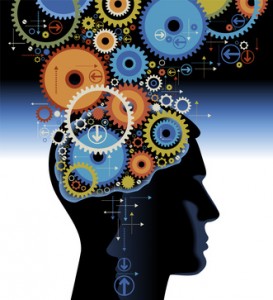 A few days ago I blogged some thoughts on Seeking the limits of the market, having just read Michael Sandel’s recent book What money can’t buy. One of Sandel’s key points is that the logic of the market is slowly and insidiously colonising more and more areas of social life. His central concern is to problematize this process. He argues that it justifies close scrutiny rather than quiet capitulation. He notes that in some circumstances marketization may be unexceptional and carry no broader concerns. Yet, in other cases introducing market mechanisms will fundamentally alter or degrade important aspects of a social exchange. This needs to be recognised and weighed appropriately in the balance. And we can infer that Sandel considers that when the decision is approached more holistically it would result in the marketization process being more highly contested.

This is a vital argument that deserves a wide audience. Yet, the challenges involved in acting upon it are considerable. After all, where is the market?

The most profound answer to that is, of course, that in a market society it has colonised our subjectivity. So it is everywhere and nowhere. We view the world through the prism of market relationships as “natural”. It can be hard, if not impossible, to think outside the paradigm.

A year or so ago I had a fascinating conversation with an ex-student. This is an extremely thoughtful first class, prize winning student. During the conversation she highlighted the tensions between education and enculturation. Having spent time studying the evidence on quasi-markets and choice in public services she had concluded that the putative benefits were elusive, but the negative impacts upon equity and access were clear. So, on the one hand, she knew that there was a problem here. But, at the same time, she acknowledged that her entire life experience to that point had reinforced the message that choice between competing products is desirable, and must be positive. She was reflexive enough to appreciate the tension, and was troubled by it.

And none of us are immune from this experience, even those of us who are old enough to remember a time before the deification of the market. I actually found reading Sandel’s book quite troubling at times. Not because of its argument, which I broadly agree with. Rather, it was troubling because it brought into tension two conflicting streams of thought. I take a pluralist and critical approach to economics, but when I teach the subject it is necessary rehearse the standard arguments about the efficiency of market allocation, before moving on to critique them. When reading Sandel’s book, perhaps for the first time ever, I had trouble distancing myself from those conventional arguments – that it is self-evidently better, because welfare improving, to use the price mechanism rather than queuing or voting to allocate resources. I knew I agreed with Sandel, but momentarily it did not compute. And this was troubling. Clearly I need to keep my guard up more effectively.

Last week over at ConHome there was an excellent example of the work that an economistic worldview does in policy. A blog post focusing on rents in Hammersmith & Fulham, in the context of the debate over the proposed pay to stay policy, suggested that living in local authority housing delivered a huge subsidy to better off tenants, who do not deserve it. This argument is based on the concept of economic rent. That is, the gap between the rent charged for a property and the rent that it could be let for on the open market represents income foregone and hence is an implicit subsidy. The structure of the argument was absolutely standard. Indeed, it is the ‘right’ way to think about the issue from a conventional economic perspective. However, as was pointed out in the comment thread, the post presented an overestimate of the subsidy because it didn’t think in equilibrium terms: if all social housing in a locality were to be let on the open market then, all else equal, the equilibrium market price would drop.

This type of argument about subsidy underpins all sorts of policy changes. Similar arguments about return on capital underpin moves to resource accounting and explicit asset management strategies in the public and voluntary sectors.  And thinking about an issue through this lens creates ‘problems’ where none was previously perceived to exist. It compels behaviour change by landlords.

The comment thread on this blog post was unusually challenging. Commenters pointed out that the post uses this particular, and contestable, definition of subsidy. Viewed as a national asset local authority housing is, in fact, not heavily subsidised in cashflow terms. Indeed in many areas it generates a surplus. It was argued that as long as social housing rents cover the costs of management, maintenance and debt servicing then it is paying its ways. The possibility that rents could be higher is not really relevant.

This is an old argument. It was the way social housing was viewed before the financial “modernisations” of the Thatcher era. It is also the way in which social housing is viewed in some other continental countries. The idea of “cost renting” is well established. And as inflation erodes the value of the debt the housing stock “matures” in a way that allows affordability to be maintained.

But this way of thinking about social housing was subject to sustained critique from the economic perspective, which has won out in many places – with the consequence that rents are pushed up to remove the notional economic subsidy – and the burden of subsidy being assumed by housing allowances instead. It has also been a key driver for the Right to Buy and increased the depth of the benefit trap.

It is possible that the tide is turning on this particular policy. But to deliver such a change could require breaking loose from some heavily engrained, economistic modes of thought.

Alternatively – and perhaps more likely – the economistic arguments have to be sophisticated to suggest that the original conclusions were too simplistic and if a fuller understanding of the economic consequences is developed then it turns out at the push to higher rents was not more efficient or better value for money. The economistic mindset is tenacious.

As Keynes commented in the General Theory about seeking to move beyond the laissez faire thinking of classical economics:

The difficulty lies, not in the new ideas, but in escaping from the old ones, which ramify, for those brought up as most of us have been, into every corner of our minds.