[Originally posted on The Policy Press blog, 24/07/15, under a different title. Reposted here under the original title.] 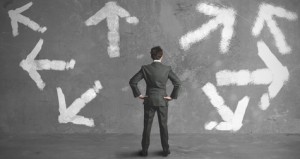 George Osborne’s recent “emergency” budget proposed many changes to state support to lower income households in a bid to fulfil the Conservatives’ manifesto pledge to cut £12bn from welfare spending.

One unexpected aspect of this package was the proposal to cut housing association rents by 1% each year for the next four years.

This proposal was justified with reference to social housing rent rises over the last few years. These have pushed up the already substantial housing benefit bill. Households have needed greater state assistance in order to afford the rents being set. Bearing down on rents over the next few years will, it is claimed, both reduce the housing benefit bill and force social landlords to deliver efficiency gains.

To the unwary or unfamiliar this argument could appear entirely plausible. It is surely time to try to rein in this sort of behaviour: landlords extracting income at the taxpayers’ expense.

Yet, it is important to understand how we have arrived at the current situation and what the consequences of this policy change are likely to be.

The 2010-2015 Coalition government did not want to see new housing association properties built for rent being let at conventional sub-market social rents. Instead it introduced the Affordable Homes Programme.

Under the AHP the level of capital subsidy per property was limited and the expectation was that the properties built would be let at so-called “Affordable Rents”. Affordable rents could be set at up to 80% of the local market rent. The greater income stream that would flow as a consequence would allow the housing associations to access the private finance necessary to build the properties in the first place.

There was no presumption that tenants of these properties would have a different profile to conventional social housing tenants. So it was likely a significant proportion would need to claim housing benefit. Indeed the higher Affordable Rents meant that it was likely that a greater proportion of tenants would need assistance to meet their housing costs.

In addition, the Coalition government encouraged housing associations to convert existing social rented tenancies to Affordable Rent when there was a change of tenant, in order to increase their revenue stream still further.

Finally, in 2013 the Government indicated that housing associations would be able to increase their average rents by CPI for the next ten years. This would give housing association boards some clarity and allow them to plan their strategies accordingly. So decisions were taken, in the light of projected income streams, about how many new properties could be planned, largely financed from private sources.

The Chancellor’s announcement last week pulls the rug out from under all of this. Many housing associations will be tearing up their existing business plans and having a major rethink.

There have been several forecasts of how much housing associations will scale back their planned new development activity as a result. The OBR estimated 14,000 properties, while the National Housing Federation suggested 27,000. In the context where it is generally acknowledged there is a crisis of housing supply this is more than a little unfortunate.

More dramatically, it is likely that there are housing associations who planned on the basis of previous assurances and borrowed on the basis of what they thought were firm commitments by Government who will now find themselves in serious difficulty. A few will almost certainly go out of business. There are likely to be urgent mergers and acquisitions talks relating to organisations in distress.

Quite how severe a problem this policy change has created is still to emerge. One technical, but potentially significant, issue is that valuers are currently debating how this change to income forecasts will affect the valuation of housing association assets and therefore loan security. This is on top of the Government pushing to extend the Right to Buy to housing associations, which will also erode the asset base.

The Credit Rating Agencies have an eye on the sector for the possibility of a sector-wide downgrade as a result of the impacts of welfare policy change. This would reduce the viability of current businesses as well as further constrain new housing development.

This whole situation adds up to a paradigmatic example of policy-induced uncertainty.

The organisations that most fully embraced the previous Government’s Affordable Rent regime will find themselves more exposed to the cuts now being proposed. The organisations that responded most ambitiously to the apparent certainties offered by the ten year rent pledge will now find themselves having to undertake the biggest rethink. It is hard not to conclude that they are paying a significant price for taking the Government at its word.

The question is what to do next? And how much weight should housing organisations place on any commitment given by Government, when it has been demonstrated that the rules of the game can so quickly be turned on their head without warning? Proceeding with extreme caution would seem advisable.

Some housing associations will no doubt increasingly look to develop activities that do not rely on government and to house people who do not depend on social security. As independent organisations they have the discretion to strike out in different directions. But the question of how we, as a society, deliver good quality affordable housing to those on low incomes remains just as pressing as ever.