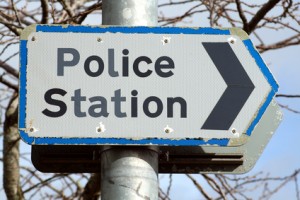 Last night I was working my way through the parts of the MoJ’s consultation paper on Transforming Legal Aid relating to competition in the market for criminal representation. This is a fascinating and contentious document. The legal profession is especially exercised by the proposals to restructure the market for criminal legal aid provision so it favours bigger providers and removes the right of the accused to choose a legal representative. Jerry Hayes tried, parenthetically, to highlight the issue on BBC Question Time last night, but he’d rather lost the audience by that point as a result of his earlier highly questionable comments on rape.

Anyway, I’ll blog on the legal aid market properly when I get the chance. But buried in chapter 4 of the consultation document is the following:

4.67 The Public Defender Service (PDS) was established as a pilot scheme in May 2001 to be the first salaried criminal defence provider in England and Wales, with all staff directly employed by the then LSC. The initial aims of the service were, amongst others, to:

4.69 We believe that it is important to maintain a role for the PDS because of the part that the service plays in benchmarking and the development of quality standards in criminal defence work. The PDS stands as “an essential guarantor for quality standards [and] minimum costs …in a more ‘managed market’ for such services.”

4.70 Under the proposed model, in those areas where the PDS is currently established, we would ringfence one share of the work available in the area. We would therefore ask applicants to apply for the remaining shares.

This strikes me as one of the more sensible passages in the document. This aims to preserve a potentially effective mechanism for, among other things, allowing the Government to overcome the information asymmetries that exist if provision were entirely contracted out to the private sector.

And yet, as I’m sure you will immediately have spotted, these are precisely the sort of arguments that have been put to the Government as justification for retaining the East Coast mainline rail franchise in direct public ownership. But the Department for Transport has dismissed such arguments out of hand.

Does this suggest a fundamental – if not particularly surprising – inconsistency in policy thinking across government?

Clearly the context, scale of operation and profile for PDS and the East Coast Mainline are rather different. But the logic of the case is not. It is a sensible approach in the legal aid case and it is sensible in the transport case.

Of course, the real problem for the Government is that the East Coast Mainline rail franchise is doing rather well in direct public ownership. To retain this model would be to expose rail franchising as the gravy train for private providers that it is. ECMLCo cannot be allowed to continue to embarrass the private providers. Let’s not pretend that Value for Money seriously enters the equation. 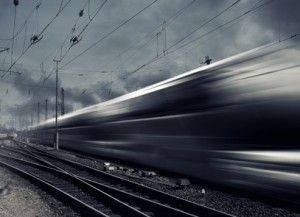