Making the housing case to Health 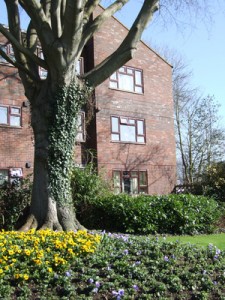 Yesterday the Chartered Institute of Housing released a brief note summarizing a couple of recent roundtable discussions they arranged jointly with Tunstall. The focus of the discussions was on how housing policymakers and practitioners can make the case to the health service for diverting funds into housing and care. A lot of health spending – both primary and acute care – is directed at providing services to older people. Yet, a chunk of this spending could be avoided.

The CIH note deals with some pressing issues and arguments, but it is written in the awful quasi-management speak beloved by some practitioners. Every time I read the term “the housing offer”, for example, it sets my teeth on edge. But the note also, inadvertently, highlights a very important point. It says something interesting about the changing dynamics of service delivery.

Provision of extracare housing and appropriate support and adaptations, among other things, has the potential to prevent incidents in the home that result in hospital admissions. It can also allow older people to keep living independently for longer. And it can speed hospital discharge so that older people do not end up occupying hospital beds they no longer need. This we know. And we have known it for years.

The important point the CIH note raises is in its tone and orientation. And what this tells us about the drivers of policymaking at the moment.

So the only way to get money to do anything new in this field is to persuade health professionals that it helps their agenda and, in particular, that it will deliver savings and efficiency gains for them.

The need to make that argument has always been part of the picture. And for many years the complaint has been that dealing with “health” is problematic for a range of reasons. Health professionals often don’t focus on prevention because it has traditionally not been where the action is, the health establishment is generally conservative, it doesn’t value the expertise of other professions very highly, and it lacks interest in things that go beyond what is obviously “medical”.

What is evident, indirectly, from the CIH note is the way power has now shifted. In the past housing and social care had an independent resource base they could bring to the table and money they could contribute to joint initiatives. The challenge was to get health to buy into the idea, come alongside, and contribute resources. That was hard enough.

But with Health now in the driving seat in terms of resources, the power balance has shifted substantially. All housing and social care can do is plead their case in front of a court of health professionals and pray they are the recipients of health’s largesse. We are not talking about a partnership of equals.

And, of course, this is happening when both social care services and health services are going through organisational convulsions. The court of health professionals that is now sitting will comprise the fresh faces of GP-led commissioners.

It will be interesting to see whether Clinical Commissioning Groups are any more receptive to innovative ways of doing things than previous health commissioners. There is clearly going to be a learning process in the short term. But my guess is that, if and when things settle down, the answer will be yes and no. Some far-sighted and creative GPs will spot the health-improving potential of housing-oriented solutions. But it will completely pass others by. So the net result will be very uneven changes in service provision.

And the scope for these new healthcare systems to learn from, and diffuse, best practice is also yet to be tested. A priori one would be tempted to say that it will be more difficult than ever.

And a lot of this flows from the political decision to view “health” in narrow terms. “Health” is the activities that fall within the purview of the Department of Health. It is the budget of the NHS that is ringfenced. As a matter of political calculation and messaging this may have made sense. But as a strategy for using available resources in a way that maximises health and well-being outcomes it is clearly deficient. Preserving housing and social care budgets could have achieved more, even if it meant reductions in headline “health” spending.

But perhaps that is a message that is too complex for politicians to grasp. Or one they felt was too difficult to sell. Our siloed policy thinking and national veneration of the NHS has not served us well here.