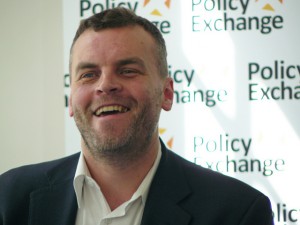 I’ve only just found the headspace to catch up with Tim Montgomerie and Stephan Shakespeare’s The Good Right, an agenda for the modernisation of conservatism. I was reminded of it yesterday while reading Stephen Tall’s final – and excellent as ever – post for ConservativeHome. The overarching aim of the project is to break away from the idea that the Conservative party is the party of the rich and seek to reinvigorate its mass appeal.

The Good Right styles itself as a contribution to internal debate on the future direction of the Right, but it has generated a lot of critical comment from all points on the political spectrum. The “libertarian” right clearly don’t like it very much because they don’t see it as “right” at all. While the left don’t like it for rather similar reasons: a Conservative party that embraced this agenda would be much better able to reach beyond its core vote and therefore would pose a much greater threat.

I’ve seen a number of people comment on how many of the 12 draft policy ideas presented by The Good Right they agree with. It would appear that the ideas resonate quite well with many. People with rather different public political alignments are willing to acknowledge that they could endorse many/a majority/pretty well all of the ideas.

I would assume that, at the most basic level, that is the point. Montgomerie and Shakespeare are interested in the substance of the policy platform – identify the core of a conservative worldview that is both coherent and sustainable. The starting point is that the current offering from existing political parties is neither. Montgomerie has, after all, been one of the more prominent commentators speculating on the potential benefits of a realignment of our system of political parties now that it would appear two party politics in Britain has broken down irrecoverably. If the next election does not deliver a victory to the current approach from the Conservatives – negative, nasty and divisive as it is – then the search will be on for a party that can offer a more positive and inclusive version of conservatism. That’s the territory The Good Right is seeking to occupy.

It is relatively easy to find elements of Tim Montgomerie’s own policy preferences and positions to disagree with. And it is not difficult to highlight some of the inconsistencies – for example, in the way in which he argues for evidence-based policy in some spheres but is implacably ideological/evidence-averse in others. I don’t really know anything about Stephen Shakespeare’s views because I’ve not encountered them online, as far as I can recall.

But the wisdom of The Good Right is that it steers away from (most of) the authors’ more contentious views and serves up a menu designed to be appealing. If you accept some foundational ideas like human dignity being important; that the responsibility for promoting human flourishing cannot sit with individuals alone; and that there is a role for the state in acting to facilitate the well-being and independence of the whole population then you’ll have little difficulty in agreeing with several of the policy ideas.

The policy manifesto takes in developing thinking in economics around the damaging effects of inequality. I’m sure Robert H Frank will be pleased to see that the idea of a progressive consumption tax, which he has been arguing for now for more than a decade, is making some progress on the right – even if it has made its way into the political debate by a circuitous route. Several other ideas – such as raising the minimum wage as a means of reducing state subsidies to low income employment – are sensible, a little surprising emanating from the right, and not dissimilar to the point Ed Miliband made when he talked about predistribution.

On the other hand, it’s not hard to identify the parts of the agenda that some will find hard to stomach.

I’m not sure Montgomerie and Shakespeare do themselves any favours on green issues by aligning themselves with the climate sceptics at Lord Lawson’s Global Warming Policy Foundation. I can’t think of anyone who takes that organisation seriously. Most assume it is a lobby group for industries and individuals who stand to benefit from maintaining the status quo, seeking to generate the appearance of uncertainty where there is scientific near-consensus. I’m not sure that sits well with the idea that The Good Right is trying to move beyond conservatism being seen as the party of the rich. But maybe I move in the wrong circles.

Similarly, and perhaps not unexpectedly, they endorse a CSJ line on poverty and the overwhelming importance of the family. While some of this can look plausible at a relatively abstract level (“focus on the underlying causes of disadvantage”; poverty is more than just an absence of income), it becomes rather less credible as you move towards the detail. On the other hand, I think the argument that it is better to sharpen incentives within Universal Credit rather than lift the tax threshold has considerable merit. If we assume that Universal Credit will be implemented rather than canned, that is.

There is, though, I think at least one big question sitting unaddressed at the heart of The Good Right manifesto. The authors place work at the heart of their understanding of human dignity and individuals’ contribution to society. But for this to be credible they will need to engage with the big changes that are happening in the labour market as a result of globalisation and technical change.

Do we consider “work” to convey dignity and demonstrate responsibility, however apparently degrading and unpleasant that work is? That sort of thinking underpins the IDS model of welfare: mandatory work placements in order to receive benefits – even if it distorts the operation of the low wage labour market and sails perilously close to the question of modern day slavery. Do we consider that automation raises the possibility of being able to meet human needs without requiring all of the available labour force to be active? If so then people cannot be ‘blamed’ for inactivity, and nor is it sensible to define formal labour market participation as the core of dignity and responsibility.

You wouldn’t expect these issues to be addressed in a brief 12 point manifesto. But a credible policy position is going to have to offer a plausible answer to these types of questions. The launch of The Good Right is billed as the start of a process. Perhaps future elaboration on the project will address in more detail some of the profound issues facing society. If so then it will surely be interesting to see the answers that are offered.