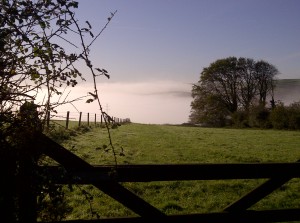 We’re all pretty much agreed that it would be good if housing supply were a bit perkier. That is, perhaps, an understatement. The housing world is broadly united in the view that residential construction is currently in a parlous state, the housing supply deficit is chronic, and it lies at the heart of many of the housing affordability problems that have afflicted the UK housing system for a long time.

Affordability is improving in many parts of the country and for certain types of household. But the continued shortage of mortgage finance means that many potential buyers are shut out of the market.

The housing wonks have been joined in their aspiration to see an increase in housing supply by those more preoccupied with the enfeebled state of the marcoeconomy. They are looking for capital investment projects that could get up and running quickly. Housing fits the bill perfectly.

All that’s left now is to determine is what to build, where to build it, and who’s going to pay for it. So we’re almost there.

Well, perhaps we’re not. Yesterday we received news of Conservative Ministers at odds over the “where” of housing supply.

Earlier in the year the new National Planning Policy Framework was unveiled. This has been construed by many as a victory for the forces of conservativism. The radical new policy put out to consultation was rather less radical by the time it was finalised. The rural lobby and the Daily Telegraph were particularly pleased. Those seeking a more pro-development stance, including the prospect of building on erstwhile Green Belt land, were disappointed. The chance for significantly loosening up of the system seemed to have slipped through their fingers.

But peace may have been declared too earlier. As George Osborne desperately scrabbles around to find something to boost economic growth it appears his eyes have alighted again on the virtues of weakening the planning regime. In particular, the proposal to allow more building on Green Belt land has reared it head again. Lined up against him we have Ministers with a rather more direct responsibility for spatial development, Eric Pickles and Grant Shapps.

Yet, there is, perhaps inevitably, just the possibility that dealing effectively with Britain’s housing supply problems does not feature prominently at the top of the list of issues shaping this debate.

On the one hand, there is the suggestion that the construction industry, which puts a lot of money into the Conservative party, hasn’t been altogether impressed with the NPPF outcome. It would like a rather better return on its investment. Developers would like more latitude when it comes to building on greenfield sites, which are generally easier to develop and more profitable.

On the hand, political antennae are picking up more than a whisper of discontent from Shire Tories about possible relaxation of planning regulations. The Daily Telegraph is back on the manoeuvres, as is the Campaign to Protect Rural England. There are Tories in marginal, and not so marginal, seats that will get rather antsy if Osborne went too far down the deregulatory route.

However, that isn’t to say that there aren’t more long-term problems with the planning system. One of them is the impossibility of having a measured discussion of urban expansion and the role of the Green Belt.

This is a debate that almost always struggles to get beyond sloganeering. As soon as the issue is raised we’re immediately into “it’ll be the end of England’s green and pleasant land” or “you want to concrete over the South East” or “you’re just self-interested NIMBYs trying to protect your wealth”.

Most of us live in cities. And if we travel between cities we do so on motorways. Most people therefore have the impression that Britain as heavily urbanised, with large scale civil engineering projects all over the place. But that isn’t really the case. The proportion of land already developed is rather modest. And if we built all the houses we needed in order to meet housing demand on the Green Belt – which no one is actually proposing we should do – then the proportion of developed land wouldn’t increase all that much.

Many of us rarely, if ever, visit “the countryside”. Much of “the countryside” is inaccessible anyway because it is in private ownership. There are very respectable arguments about the wisdom of preserving the natural environment and levels of agricultural production. There is plenty to be said for smart growth, planning on a human scale and pushing for much greater genuine sustainability and liveability in cities. But the problem is that a time when politicians are thrashing about for solutions to a political and economic crisis is not really the time to expect intelligent reflections on the fundamentals of planning policy. Similarly, there are good arguments for building up not building out, with a greater emphasis upon high density living in high quality apartments and townhouses. But, even if we wanted to, we are not going to engineer a change the housing aspirations of most British people over night.

In the short term, the insistence on preserving the Green Belt at all costs mainly works to the benefit of property owners by maintaining values in already expensive areas. It is a policy with clear distributional consequences. It is always slightly odd to encounter people who wish to preserve the rural idyll even though it exists largely in their imagination and would be inaccessible on grounds of cost in practice. Many may wish they could retire to the country. But few are going to be able to afford to.

Few of us have a very good idea how much of the land designated as “Green Belt” is of particular agricultural, scientific or environmental value. The label “Green Belt” carries with it the idea that it is all worth preserving. Yet, it is surely the case that the net social benefit from allowing some of the poorer Green Belt land to be developed will outweigh the benefit of preserving it. There is a trade-off to be made. But if we are worried about meeting the housing needs of current and future generations and worried about households having to spend unnecessarily large chunks of their income on housing then it is trade off that would be worth making.

The majority view among urban economists is that the planning system, by constraining the supply of developable land, reduces local housing supply responsiveness and as a consequence has a negative effect on housing affordability. Enforcement of the Green Belt also leads to some leapfrogging, with implications for commuting patterns and environmental damage.

Don’t get me wrong, I’m very much in favour of using brownfield land first for new housing supply wherever possible. And there is plenty of brownfield land available that could be used. But it has to be recognised that doing so is not always cheap. Given the imbalance between supply and demand in some locations pursuing brownfield only, without at least some relaxation of planning constraints on greenfield land, would be a recipe for small, inflexible, poorly constructed and expensive apartments.

We need a more sensible debate that recognises that not all Green Belt land is worth keeping simply for its existence value. Personally I think we need to move away from the constricting “belt” metaphor and switch to a more flexible alternative like the “wedge”. It is at least 10 years since Green Wedges were championed by planning professional associations as a smarter way of preserving green space while allowing cities to grow.

I’m not suggesting that we need to go full speed ahead to build on the Green Belt. Just that the view that its preservation is of overriding importance needs to be treated as the Shibboleth it is. Then maybe we could deliberate on the trade-offs to be made.

A broader complication to this debate was reintroduced yesterday. From the perspective of the housing market it is pretty much self-evident that housing is overvalued and an expansion of supply would improve affordability.  Fathom Consulting has put forward the argument, reported in yesterday’s Telegraph, that expanding housing supply might on the contrary be a bad move. In the face of weak demand it may succeed in triggering a house price crash. This would weaken bank balance sheets – or, rather, further expose the weakness of bank balance sheets. And if that effect is serious enough then it could trigger a further round of bank bailouts.

While the point is superficially plausible, the timing and the magnitude of the effects would seem crucial. The banks are in the process of rebuilding their balance sheets. Increasing housing supply now would deliver macroeconomic benefits through the construction process. The issue is whether banks would be able to absorb any adverse effect on the value of their existing assets of the arrival of the new stock on the market in a year or so. It is hard to imagine that the Treasury does not have the issue on the radar when contemplating a push for growth. But the scenario identified by Fathom seems rather too apocalyptic to justify a failure to act on housebuilding.

The housing system is undoubtedly in a mess. The fact that housing assets and liabilities are so inextricably bound up with the causes of the financial crisis, and consequently will play a key role in how the country recovers, makes the problem that much more challenging. Overlay that with strong sectional interests within the Conservative party pushing in opposite directions and you have a recipe for paralysis.

I am not aware of anyone who has offered a comprehensive solution to these problems that is likely to get political traction in the current environment. Something will have to give way before any progress is going to be made. I wonder what it will be.