She is looking forward to returning to Hyderbad, where the living conditions will be much better.

This is the payoff line for an extended article about poor housing in the private rented sector in Newham. The aim is to provoke a reaction.  Conditions are so bad in our glorious capital – a global city no less – that someone would rather return to India which is, we had always presumed, at the very least a bit squalid. We should be shocked. 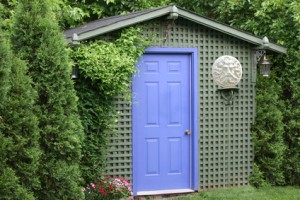 The article covers “beds in sheds” and headlines the instance of people found renting a walk-in freezer to live in. But it is mostly about overcrowded rented properties. And when they say overcrowded they really mean overcrowded. Sir Robin Wales, the Mayor of Newham, notes that the record case was 38 people, 16 of them children, living in one property.

We are still one of the richest countries in the world but we have people living in sheds, three generations of the same family living in a single room, or several unrelated adults sharing a room or sharing a bed. And paying considerable amounts of money for the privilege. And all this is happening only a few miles down the road from neighbourhoods in which investors are happy to pay multi-millions for properties they will barely live in. 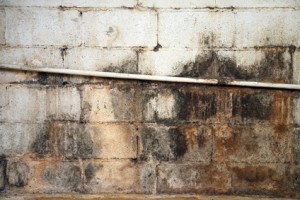 Poor conditions in the private rented sector are not a new phenomenon. It has persistently had a higher proportion of unfit or non-decent housing than other tenures. But the incidence is increasing, or, at the very least, increasingly being documented.

This has led to more vociferous calls for increasing regulation in the sector. Hannah Fearn, editor of the Guardian Housing Network blog, has most recently renewed the call to use regulatory mechanisms to deal with problems of poor quality in the sector.

I first encountered the example of people living in the walk-in freezer in an article in The Economist a few months ago. The article went on to argue that the time had come for greater regulation of private renting. When the keepers of the market fundamentalist flame are calling for more regulation you can be reasonably confident that something has gone seriously wrong.

I’m all for regulation of management and property quality in the private rented sector, if it is well-designed and proportionate. That doesn’t mean every landlord is bad and needs to be disciplined. Nor that every Buy to Let landlord is exploitative. But renting property is a business, on whatever scale you do it. And it’s a business where the product has a huge impact upon the health and well-being of consumers.

But I’m not sure significant changes to regulation will be coming any time soon, unless the political wind changes direction fairly dramatically.

Even if there were an outbreak of regulatory activism and the enforcement of existing law became more vigorous that arguably wouldn’t get us very far. It’s treating symptoms rather than causes. We need to go back a step or two and think about why these sort of unacceptable housing situations appear to be becoming more prevalent.

This takes us back to what was described thirty years ago as the “central dilemma” of the private rented sector. The rents that landlords seek for good quality properties are higher than the rents that households can afford to pay. If people do not have enough money for good quality accommodation then the supply of poor quality accommodation adjusts, and they end up paying significant amounts for that instead. Greater regulatory enforcement, if it is pursued in isolation, risks simply removing the bottom end of the market and rendering poor households even worse off.

Taking a step further back, rents are high in areas like London because demand far outstrips supply. It’s a sellers’ market. And it’s a market that consumers can’t and won’t opt out of voluntarily – so landlords can let any old rubbish.

We know that there has been a shortfall in housing supply for at least the last couple of decades, and it is getting worse. Inevitably that puts upward pressure on rents. But long term deficiencies in supply are overlain by factors that have emerged more recently – including increasingly challenging barriers to accessing owner occupation and restrictions on Local Housing Allowances – that are turning up the heat further. One gets the sense that this is a pressure cooker that is gradually coming to the boil.

Perhaps the arrival of Universal Credit next year, which is likely to restrict further the resources households have available for housing, will cause the pressure to become unsustainable and the system to crack. Or perhaps the trigger will be landlords trying to take advantage of the short-term demand generated by the Olympics – a sort of modern day equivalent to the Glasgow Rent Strikes.

The political puzzle is why the housing mess we’re in isn’t a bigger issue. Out and about you’ll find plenty of people concerned about house prices, high rents, access to housing for themselves or their children. Yet, it hardly seems to register on the political Richter Scale.

Grant Shapps, our esteemed Housing Minister, is inclined to give the impression that everything is in hand. That measures in place – New Homes Bonus, planning reform, NewBuy, Affordable Rents, Right to Buy Mark II, release public land for development, etc – are getting to grips with the problem.

Yet, I know of nobody else, absolutely nobody, in the housing world who shares that sanguine view of the situation. Most recently, the Communities and Local Government Select Committee have produced a report on financing new housing supply that, among other things, suggest that more needs to be done to shift housing supply out of the doldrums.

We might wonder why there isn’t more effective opposition on housing being provided by the Labour party. One reason might be that the Shadow Housing Minister is relatively new to the job, although over time that reason wears a bit thin. The Labour party is in review mode on housing – as are the Liberal Democrats – so maybe there is a reluctance to say anything too challenging. Alternatively, we could argue that the opposition has much to be quiet about on the matter of housing supply. While there was an awful lot of discussion of the issues during the Labour years, the level of investment in new supply was modest and serious structural reforms never quite happened. The construction statistics tell a story of persistent shortfall throughout the period. The backlog worsened. 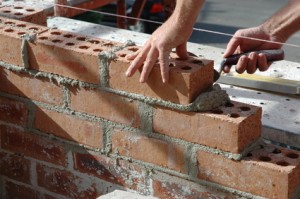 We need to get serious on housing policy. Discussions of house building as part of an investment-driven economic policy have become increasingly frequent and high profile recently. This is welcome. But it doesn’t really address the issue from a housing perspective – we could be talking about roads or reservoirs. Why is investment in housing, specifically, of value?

It might be useful to revisit the origins of housing policy to remind ourselves of why governments decided it wasn’t acceptable to leave the housing of populations entirely to the market.

The early public health interventions recognised that leaving poor people to live in unregulated poor housing had significant implications not only for their own health but, through the spread of infectious disease, the better off as well. Society had an interest in ensuring adequate clean water and sewerage. The development of social statistics in the late nineteenth and early twentieth centuries allowed the pioneers of social administration to map poverty and correlate it with health. A link between overcrowding and elevated mortality rates, for example, emerged clearly. Government felt obliged to act.

Beveridge identified ‘Squalor’ as one of the five Giants – alongside Want, Disease, Ignorance and Idleness – that were to be vanquished by the foundation of the comprehensive post-War Welfare State. Again, in the midst of post-war austerity, the Government felt compelled to act to address a housing shortfall and poor housing conditions. Not only were properties to be built to generous space standards, but over time features such as inside toilets, running hot water, central heating came within the reach of many poorer households through the growth of council housing. The quality of the properties built during this era is demonstrated by how popular they proved under the Right to Buy.

Why should we be concerned with an increased incidence of poor housing? Poor housing can cause or exacerbate ill health, which places a burden on the health service. It therefore reduces the productive capacity of the economy. Overcrowding increases the spread of infectious diseases, particularly in children. This increases absence from School. Absence of quiet study space can also reduce achievement at School. So poor housing for families can reduce the productive capacity of the economy over the longer term. It can also engrain social inequalities more deeply.

We know these things. But they are lessons from a more enlightened age.

The New Victorians in charge of policy seem to have lost sight of them. The mantra that people should only live in the type of accommodation they can afford – reasserting the link between income and housing conditions – is becoming the starting point for policy thinking. This is not only objectionable on the grounds that it condemns people to live in squalor, amid wealth, but it is also desperately short sighted. It might save money under the ‘housing’ heading but costs will be incurred elsewhere, and the long term damage to the economy and society will be considerable.

Those who cannot remember the past are condemned to repeat it.