On local governance and elected mayors

On Friday we published a report on the prospects for an elected mayor in Bristol. It is the first report from the Bristol Civic Leadership Project. The prospects report was based primarily on views collected from around Bristol prior to the mayoral election in November. It drew on the respondents to the Citizens’ Panel, a survey of civic leaders, and workshop discussions with stakeholders. The aim of the report was to set out a baseline of information on people’s expectations for the arrival of mayoral governance and, where possible, on the back of that evidence to draw some lessons about avoiding pitfalls associated with changing governance. It aimed to do no more nor less than that. 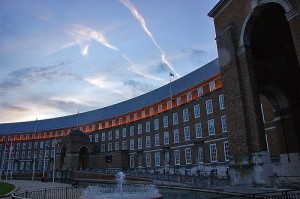 The main group who took a different stance were city councillors. Councillors tended to be more likely to be positive about the (then) existing model, and correspondingly more sceptical about the benefits of the arrival of an elected mayor.

I noticed that there was a bit of negative comment about this report on Twitter on Saturday. I thought it would be worth reflecting on some of that comment.

One criticism is that our findings are a statement of the bleeping obvious. Anyone who knows local politics in Bristol would expect people to be negative about the council. Broadly speaking, I don’t disagree with that statement. There are many commentators on the Bristol scene who are negative about the performance of the council. The research suggests that these views are not simply associated with a vocal minority but are broadly reflected in the wider population.

A separate, and more interesting, question is whether the council’s poor reputation is justified. It is certainly the case that there have been periods in its recent history when the governance of Bristol has been, shall we say, unhappy. But it is at least arguable that the stability and performance of the council has improved in recent years. Whether public opinion reflects that change, is based on direct experience of council provision, or continues to ride on the back of some well-worn clichés is something that remains to be explored.

A second criticism of our report was that it was rather too focused on – obsessed with? – city leadership, and that may not be the most important issue at the moment. In one sense that is true. Given the objectives of the research it would be hard for it to be otherwise.

But there is a danger in taking an insufficiently nuanced view of “leadership”, particularly in the context of debates about elected mayors. There is a risk of leadership being equated with the heroic and inspirational figurehead, leading from the front. That is a deeply unsophisticated view of leadership. Much of the literature on leadership examines the effectiveness of more facilitative and dispersed approaches to leadership. Such leaders don’t necessarily go for personal glory: they can orchestrate the efforts of others and are willing to recognise individuals fulfilling leadership functions throughout a governance structure, even if not occupying formal leadership roles.

A third criticism is that the research didn’t investigate why many people locally haven’t engaged with governance issues. Our report observes that there was a positive association between voter turnout at ward level and support for a mayor. But we didn’t explore why people weren’t voting at all. That is an interesting and important question, linked to broader questions about the health of representative democracy and anti-politics. But it isn’t a question our small piece of research set out to address.

Finally, there is the criticism that the advocates for a mayor – indeed perhaps the mayor himself – are preoccupied with the idea of Bristol as a world-class city. The implication would seem to be that this is all about marketing and fripperies, while ignoring important questions such as the quality of public services. This sort of point has been coupled with criticism of any and every cut in services. There is also a dose of mockery directed towards modest initiatives aimed at improving the urban physical environment.

I find such criticisms a little beside the point. There would appear to be a suggestion that services are being cut unnecessarily, and the money spent unnecessarily elsewhere. And this is all the mayor’s doing.

Yet, the cuts in services currently being implemented would have happened whether Bristol had stayed with the Leader and Cabinet model or the mayoral election had been won by the Labour candidate. The first thing on the mayor’s in-tray on the first day in the office was a further multi-million pound cut in the budget, handed down by central government. With the reliance of local government upon central government grant that was a given. These cuts are happening everywhere. Yesterday’s Observer contained a piece highlighting a potential revolt in the Tory shires in the face of severe cuts that are possibly going to get even worse.

The only conceivable way to avoid this scenario would seem to be local government organising nationally to oppose Mr Pickles. And it isn’t obvious that this is on the horizon.

Local government is being absolutely crucified by Westminster’s austerity agenda. It is pointless to pretend that severe cuts would not have been happening whoever was in office now locally. Sensible people will surely differ on their priorities for those cuts. But given the substantial proportion of the total local authority budget absorbed by statutory services the differences are primarily going to be around the edges.

The question is, given the substantial cuts that are having to be made, which model of governance enables a local authority to negotiate this extremely hostile environment most effectively? Can a mayor do it better? Are local expectations that a mayor will make a positive difference borne out by experience?

These aren’t questions our prospects report was trying to answer. But they are important questions. And they are questions we are hoping to be able to pursue in future.