Not so vapid response 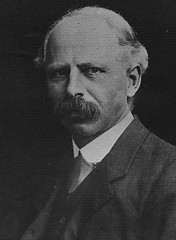 What to say about Ed Miliband’s big speech last week? I’ve been thinking for a few days now and I’ve not come up with anything of great insight that hasn’t already been said elsewhere.

He’s clearly trying to steer a course through some treacherous waters. He’s seeking to reclaim some vestige of fiscal credibility in the face of the continuing political damage being done by the outgoing Chief Secretary’s missive of May 2010. He’s seeking to appease those who feel that our social security system too often offers something for nothing, and offers not enough to those who have dutifully paid in for years.

Those who oppose Labour dismissed the speech as saying nothing very new. Those on his own team felt that the speech was more successful in steered a difficult course (eg here and here). More particularly, it had charted a viable and distinctive way forward. The revival of the contributory principle, rather than the incursions into the principle of universalism, is emphasized.

The emerging thinking on housing – switching the focus from housing benefit to construction – is broadly welcome. The suggestions about local authorities intervening in the private rented sector to suppress rents, and the rather vaguer intimations regarding the revival of rent control – have perhaps been less broadly welcomed, to put it mildly. If there is one thing guaranteed to get a frothing free-marketeer in a lather it is rent control. In part that is because pretty well all microeconomics students are taught rent control is unambiguously bad. Usually in week one of their course. That is the case even though specialist housing economists are rather more circumspect on the point.

Anyway, within the constrained parameters of the debate it seemed to me that Mr Ed did pretty well.

The more interesting question is the location of those parameters. And if – and if so how – they might be shifted.

Recently we’ve had a number of reports on opinion polls suggesting that each successive generation is getting less collectivist and more economically liberal. Those who lived through World War Two saw the construction of the welfare state as a great achievement. This was carried through the baby boomer generation, who were its primary beneficiaries. With each subsequent generation – X, Y, and onward – support for the welfare state and collective provision has weakened. Only a relatively small minority of today’s young people have the sort of positive views of the welfare state that were broadly held two or three generations earlier. Many young people are sympathetic to the argument that people have responsibility to look after themselves and it isn’t their responsibility to look out for other people. If people are struggling or drowning on their own that’s just hard cheese. Or, perhaps less charitably, it’s taken as an indication of insufficient application or moral weakness.

The Economist, the neoliberal’s magazine of choice, has heralded this as indicating a bright future for liberalism, while social liberals such as Will Hutton decry this sort of individualistic, free for all as a betrayal of all that is important in true liberalism.

But should we take the profile of views among the population as a brute fact to which politicians have to respond? That is stance modern political parties adopt. Or do we take them as malleable views susceptible to influence?

The cohort effects in the polling data might suggest a brute fact. But one could equally argue that the data are simply tracing out the way in which people’s subjectivity is being moulded – deformed even – by the promulgation, over the last forty years, of a particular form of market fundamentalist ideology. That young people are frequently sympathetic to undiluted economic liberalism might be viewed as nothing more than the inevitable outcome of a political system that has offered little else for their entire lifetime.

The question is what would it take to shift those views in a direction that is more socially liberal, let alone socially democratic? In the New Statesman the other day James Bloodworth observed that there is an opportunity for the left because the economic model to which so many young people seem to subscribe is so obviously failing them – in terms of jobs, careers, the scope to set up home independently, family life, security. An alternative may have some traction.

This argument only really replays the logic of the original creation of the welfare state. We typically look at the polling data since the 1950s and, if we believe that there is something intrinsically important about the principle of social insurance, wring our hands as support declines. But if we wound the clock back further we can consider what led opinion to swing behind the creation of the welfare state in the first place. Clearly the depredations and deprivations of World War Two itself were important. But it was also clear that the old economic model was perceived to have failed and social inequities were seen to be unacceptably large. Not only that but, in a rather more immediate sense, the British people perceived they were all in it together.

The question is whether the current economic malaise is of sufficient severity to trigger a similar response. And, if it is, who or what might act as a trigger?

This is the big puzzle. The actual and perceived constraints upon action suggest that it is not going to be generated endogenously by the existing political system. So it is going to have to come from outside.

Some might look to the attendance at the People’s Assembly meetings happening up and down the country and feel that something is stirring outside the political system. Owen Jones, Mark Steel and fellow travellers may be putting in the miles and rousing the troops, but I’m not sure that their particular brand of shouty, if undoubtedly intelligent, socialism will ever achieve the sort of mass appeal needed to exert real pressure on the political system.

But what they do have is passion. And they are orators. That is something that professional politics notable lacks.

We live in an age where the working assumption is that everyone has the attention span of a gnat, and that the average punter is completely incapable of understanding any political message that lasts more than half a dozen words. This, it seems to me, is a key assumption. And a key problem. Because the shaping of the welfare state occurred in an era when oratory was respectable and people – ordinary people, not deranged policy wonks – listened. Political speeches were not just eagerly awaited but published in the newspapers and then pored over. This was a level of popular attentiveness that allowed politicians the space to articulate a vision of what the world could be like. And it was a vision that could inspire.

Are those days entirely behind us? Or do we operate with an untested assumption that people can no longer be inspired in this way?

If we want to test the assumption then the initiative is going to have to originate beyond our current political system, given that it neither produces orators nor welcomes genuine rhetorical sophistication. And for the assumption to be genuinely tested it needs to be tested on different political territory.

What we lack at the moment are genuinely inspirational thinkers and sophisticated orators operating outside of the political system but occupying a slightly different political position to that of a Mark Steel or an Owen Jones. Those who generate ideas on the soft left at the moment are trapped. It is hard for them to be seen as backward looking – they will, however implausibly, stand accused of the crime of socialism – so they must generate a whole range of “new” ideas which typically collapse under the weight of their own vacuity.

It strikes me that things would be livened up a bit by a modern restatement of some of the core ideas of early twentieth century liberalism. That would have some credible potential to inject something into the heart of the political debate, rather than rabble-rousing among the largely disaffected and disenfranchised.

What we need is a vivid explanation of why individual liberty on its own cannot be the foundation for a healthy society. Liberty needs to be reconciled with a concern for equality and community. We need to reanimate once again our understanding of the inextricable link between dependence, independence and interdependence. We desperately and urgently need to rediscover the concept of inalienable rights, the battles fought to achieve their recognition and the significance of their erosion. And we need to explain how the rights upon which a liberal society is founded are not at all of the same stripe as the property rights so beloved by the libertarian.

Rather than offer a future that resembles a Hobbesian war of all against all, a genuinely liberal vision offers the possibility of a sustainable future blending liberty, mutual respect, and interdependence.

But then I would say that, wouldn’t I?