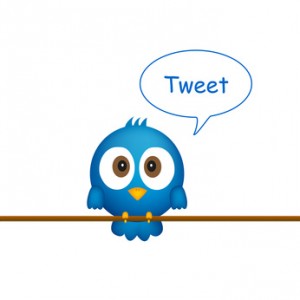 The received wisdom is that unfollowing someone on Twitter is of no great significance. It can be done with breezy indifference. And it will be treated in the same way by the person being unfollowed. They probably won’t even notice.

It’s not like unfriending someone on Facebook. That’s a weapon. It can be interpreted as a serious slight or a declaration of war.

A couple of years ago when talking to someone new to Twitter I said “Just do your own thing. If people like it they’ll stay, if they don’t they’ll go. It doesn’t matter too much”. And just because they follow you you aren’t obliged to follow back.

But is that right?

I rarely unfollow anyone. That isn’t simply inertia. Nor is it an over-developed middle class sense of not wishing to offend. These are, after all, mostly people you are unlikely ever to meet. I occasionally scan down my list of follows and conclude that everyone on there looks to me like they should stay. They all bring something unique to my timeline. Reviewing the list can raise the odd wistful smile, as I wonder why I’ve not seen a tweet from someone for quite a while.

We all get the timeline we deserve. Mine mixes professional interests – housing policy, political science, economics, law – with politics and friends in politics, with various interesting people I’ve come across online, and a smattering of other people I know IRL. Some are people I disagree with on most things. My timeline also features a selection of the people well known on Twitter, if not beyond, as comedians or for their wit. Some are purveyors of what might be termed, ahem, extremely broad humour.

This mix inevitably leads to some comical juxtapositions. But that’s a bit of Twitter added value right there.

I know that once someone is welcomed on to my timeline they are likely to stay. So decisions to follow cannot be unthinking.

I do unfollow, but not often. It is usually people who have pretty much stopped tweeting. Very occasionally it is for other reasons.

So what about being unfollowed? In general terms, apart from the bizarre autofollows that I don’t reciprocate, I don’t have a lot of comings and goings among my followers. It’s a (slow) growing group of people who tend to stick around. For that I’m grateful.

You can tell from this statement that I monitor the situation. I don’t do so obsessively, but occasionally I’ll use something like who.unfollowed.me to see what’s been happening.

Most unfollows are met with the sort of indifference that I described above. People who I hadn’t actually interacted with decided that my twitterings weren’t for them. Fair enough. No problem.

Occasionally an unfollower is a repeat offender. We all use Twitter in different ways. There is one person who has unfollowed me four times over two years. He sticks around for a few months then disappears for a few months (current status = not following). Not quite sure what’s happening there.

But on the odd occasion someone you have interacted with regularly and/or you respect greatly unfollows you. It’s only happened to me a handful of times. It makes you wonder – what did I do? In that sense it is not so different from any other relationship.

I know that I have changed the way I tweet as a consequence of being unfollowed. In a couple of cases I crossed a tweet threshold and was deemed to tweet too much. Harsh, very harsh. But I don’t tweet quite as much as I used to.

Someone with a national profile unfollowed me a couple of weeks ago, having been a follower for a year or so. That’s what got me thinking about the issue.

I’ll admit, I was a bit disappointed. We’d interacted occasionally. We read some of each other’s stuff. I’m not saying we were huge online buddies or anything. But things trundled along ok.

Something in my tweeted mix of the profound, the prosaic and the puerile was clearly no longer to his taste. It may have been my tendency towards unnecessary alliteration. Or perhaps the whole sprawling mess had simply become indigestible. Or maybe it was just a general cull of follows to avoid succumbing to information overload.

Who knows? It would be extremely crass – and a grievous breach of Twitter etiquette – to try to find out.

So I shall continue to feign that air of breezy indifference, come what may.