Does Twitter’s future lie in broadcasting? 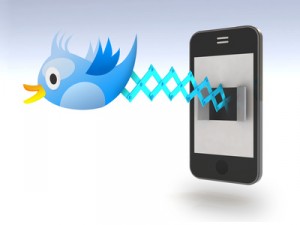 Given a relatively trouble-free IPO only a month ago and Twitter’s plans to broaden its services in future, it might perhaps seem a bit perverse to reflect on whether its time as the social media channel we know and love is passing.

No technology is forever. Most will eventually be rendered obsolete. The half-life of web-based technologies would appear shorter than most.

But there are more specific reasons for reflecting on the fate of Twitter.

A few days ago Puffles’ Bestest Buddy blogged raising questions about the future of Puffles. The character of Puffles was created three years ago as an expedient – to provide anonymity in order to comment on contemporary policy and politics while still a member of the civil service. If you have been following since those days then you’ll know that a lot has happened to BB since then and the rationale for Puffles no longer exists. But in the meantime Puffles has become a bit of a Twitter celebrity. Should Puffles be retired and the cloak of anonymity dropped? In fact, the cloak of anonymity was dropped a while ago. It isn’t difficult to find out who BB is, if you are so inclined. Yet the Twitter account still speaks as Puffles. Would it be better to step out from behind the veil?

Puffles’ situation raises particular issues, but it also encapsulates challenges that most likely face many tweeters with a substantial following.

When you acquire a large number of followers many of them simply follow rather than interact. So it can lead to Twitter feeling more like broadcasting than a truly social medium geared towards interaction.

Some have found the idea of so many following your every tweet, and perhaps en masse reacting negatively to something you tweet, a significant burden. Some of you may remember that was part of the reason for @stebax departing Twitter.

Others conclude that the constraints of Twitter mean it isn’t a great medium for nuanced debate. I’m thinking here of @jackofkent, who consciously moved to using Twitter primarily as a broadcast medium, while using his Facebook page for discussion.

There is also the issue of people following you because of a particular interest and therefore expecting certain types of content and not others.  If that is the case then do you stick to the topics you are known for and avoid going off-topic or tweeting the personal or the trivial? Is a form of self-censorship required? Or do you tweet whatever you feel like and risk people unfollowing because the ratio of “relevant” to “irrelevant” content isn’t high enough for them?

I tend to adopt the “tweet whatever you feel like” approach. There have been plenty of people who follow me because of some economics, housing or social policy blogpost only to depart relatively soon afterwards because they discover I tweet all kinds of stuff.

Even so, I am conscious that over time I have moderated the amount of more personal or everyday things I tweet. Which is something tweeters with much larger follower counts also report happening. For me the danger then is that I end up largely retweeting stuff that I think is interesting but saying very little – whether of substance or utterly trivial – myself.

We can also, I think, detect that Twitter is changing.

There are small things. Last Friday @JonathanHaynes of the Guardian observed:

Now you literally get the same line from 30 or 40 different people across a 20 minute period. It’s a shame how Twitter has changed.

That feels right to me. There used to be an unwritten understanding that if you’d already seen something come across your TL several times in quick succession then there wasn’t much point retweeting it again and clogging up others’ TLs. Now, not so much.

I’m not sure whether it is a case of newer users approaching things differently or existing users changing their approach.

But it also feels to me like the medium is becoming less “social”.

That is in part a case of fewer people having conversations. I am pretty constant in the people I follow – I unfollow rarely – and many of them follow each other. So I have seen plenty of extended conversations over the months. I’ve participated in a few. Now, not so much.

Perhaps it is fatigue among early adopters. Or perhaps more of these people are suffering from the symptoms of the large-number-of-followers syndrome noted above.

But it is also the case that organisations have woken up to Twitter being quite the thing. Pretty much every organisation now has at least one Twitter account to let the world know what great things it is doing. And, despite whatever might be in the organisation’s social media guidelines, a lot of these Twitter accounts primarily broadcast. Indeed, lots of interaction can no doubt be a positive nuisance. It means you’ve got to have people monitoring the Twitter account all the time. And that costs money.

I wonder whether there is an in-built tendency for Twitter to become less “social” over time. A similar question was posed by @lldzne:

@ShodanAlexM @Puffles2010 Has twitter evolved to point where broadcasting is the norm as to discuss, debate, or share ideas is not possible?

And this is without touching on one of the least attractive but most well–known downsides of Twitter, the Twitterstorm. Here we have the wrong type of social interaction. There are already very good dissections of this phenomenon, both serious and satirical. I’m not sure whether Twitter has become more prone to Twitterstorms over time but they certainly impact negatively on user experience. Users leave as a consequence.

The more important influence driving the future of Twitter will, however, be the moves Twitter itself takes to try to make more money. There was a post at Mashable yesterday setting out what we might expect from Twitter in 2014. The answer would seem to be, on the one hand, more intrusive image-based adverts and, on the other, a stronger cross-platform link up with providers of television content.

None of that sounds particularly appealing.

I’m not sure anyone finds promoted tweets anything other than an annoyance – with the exception, perhaps, of the way the Daily Express campaign to drum up support for its anti-immigration campaign backfired spectacularly a few weeks ago. That was the Twitter community at its finest.

It will be interesting to see whether inserting banner ads into TLs does anything other than increase the annoyance level.

But whether promoting television content through Twitter will enhance the Twitter experience, rather than be of benefit primarily to the providers of television content, is yet to be determined. For those of us who don’t watch much television it isn’t immediately obvious that it will be anything other than annoying.

We can all appreciate that Twitter has shareholders to satisfy. The question is whether the lengths it will go to try to raise revenue will undermine the reasons people like Twitter in the first place.

I hardly use Facebook partly because the interface and newsfeed are so clogged up with adverts that I find it all rather tedious.  But it’s perhaps not as irritating as I find the way Facebook uses Edgerank to structure your newsfeed by ‘interest’, rather than using the infinitely more intuitive chronological approach.

It would be unfortunate if Twitter ended up in the same place. Let’s hope they’ll have the good sense to take a different route. Otherwise, it may be that Twitter has a future, but it is a less social future. And not a future that its more well-established denizens find particularly appealing.