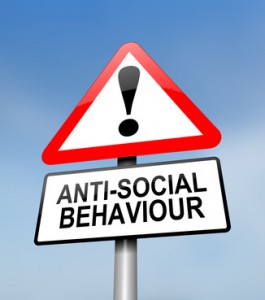 A month ago I suggested that the blue-tinged contingent of the Government wasn’t averse to a bit of constitutional vandalism when it suited their purpose. The principal trigger for that observation was a public pronouncement from Theresa May. She wasn’t happy that some judges had failed to toe the Government line on human rights. Or, perhaps more accurately, on the abrogation of human rights. In the background at that stage was Iain Duncan Smith’s outbursts regarding judges who had found components of his beloved workfare policy unlawful.

This week IDS has been catapulted back to centre stage as he attempts to rush his Jobseekers (Back to Work Schemes) Bill through Parliament with minimal scrutiny. This Bill is an egregious arse-covering exercise on the part of the DWP, as it attempts to avoid paying back millions of pounds in benefits that have been wrongfully withheld. That in itself is objectionable.

But the Bill is objectionable at a more fundamental level. The legislation proposed is retrospective. As such, it raises profound questions regarding the rule of law. It is a long time since I studied constitutional law, and I only studied it for a few weeks as an undergraduate. But one of the few things that sticks in my mind is the argument that retrospective legislation is fundamentally unjust. A citizen can only reasonably be expected to conform to the law as it is at the time s/he acts. If Governments start retrospectively deeming all sorts of actions lawful or unlawful then there is a risk that chaos breaks out. No one has any idea what’s going on.

At the moment typing this blog is lawful. If someone pops up next week and retrospectively declares blogging unlawful then it will have rather more than a chilling effect on free speech.

It’s no wonder the House of Lords Constitution Committee has rushed out a brief report in which it makes its concerns over the Government’s approach clear.

Of course, the Jobseekers Bill is only one piece of legislation. And it isn’t the first to legislate retrospectively. There is a risk of going over the top about it. But I would argue it is only the latest piece in the jigsaw. It is one further sign of a more general pattern of disrespect on the part of the Executive for the institutions that embody our unwritten constitution.

And all the while in background we have the issue of closed material procedure. This became a reality for the Supreme Court today: for the first time it heard arguments from the Government in secret. The plaintiff and their legal representatives were excluded. The Court was clearly troubled by this situation, which challenges a foundational principle of open justice. The one chink of light on this topic is that the Lords seem to be gearing up to confront the Executive over some of the amendments that were thrown out in the Commons. And there is the possibility that the whole sorry business might fall because it runs out of Parliamentary time.

One of the most puzzling things about this week’s events around the Jobseekers Bill is the strategy – if that is the right word – of the Labour party. It is clear that the party faces something of a dilemma because workfare is very much the child of Blairism, so explicitly arguing against it might prove a challenge. However, in the case of the Jobseekers Bill the Labour party would have been perfectly justified in voting against it on constitutional and procedural grounds alone. The Bill is highly undesirable from the perspective of sustaining the legitimacy of the political process and, without being overdramatic, of the existing social order.

But instead of voting against the Bill, either on the substance of workfare or on constitutional grounds, most Labour MPs abstained, apparently at the behest of Liam Byrne.

This has led left-wing commentators such as Owen Jones and Labour-leaning bloggers such as Paul Bernal to vent considerable frustration. Many are wondering publicly precisely what the point of the Labour party is if it isn’t going to stand up to the Government on issues like this.

Many of those who are disillusioned with politics argue that representative politics is pointless because all the parties are the same – following the same agenda which mixes creeping marketization with increasing authoritarianism. None of the mainstream parties offers a distinctive agenda. Episodes like the current workfare mess can only lend further weight to such views.

Constitutional issues are not sexy. And they aren’t really headline grabbing. But they are profoundly significant. I constantly wonder. I wonder not so much that politicians are cavalier in their attitude towards the institutions upon which our society is founded. I sort of expect that. It seems today’s professional political class has no appreciation of the notion of stewardship.

But it is troubling that constitutional vandalism does not generate greater outcry and more resistance. It would appear that few people are willing to look long-term and think holistically about the damage being done.

It is damage that is not simply temporary. Social institutions and traditions may take centuries to evolve and embedded, but in some cases they can be casually cast aside in months. If the Government carries on in the same vein for the next couple of years then it will do lasting damage to the fabric of our society.

A change of Government would not be able to reverse that. That is, if such a Government had any inkling of the significance of these issues or any inclination to repair the damage.

Which I seriously doubt.