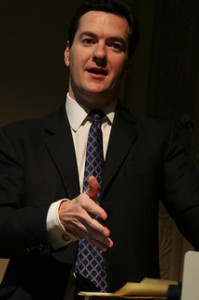 We’ve now had three years of the blue-tinged contingent of the Coalition perpetrating a sustained attack on social security recipients – those slugabed skivers – in the name of curbing the deficit. Yesterday’s post at the Guardian again maps the profoundly negative tone of the language that has accompanied the agenda. This has had serious consequences. It has further poisoned the debate and eroded empathy. In moving the agenda forward the Conservatives have been aided and abetted by their junior Coalition partners, at the cost to the party of many members and supporters.

Resistance to this agenda has gained limited traction. In part this is because the Government believes that when it seeks to curb the generosity of social security it has the majority of popular opinion on its side. In part it is because the mainstream media has done a feeble job in engaging critically with the Government’s agenda, or even holding the Government to basic standards of honesty. There has been very limited scrutiny of the way the high-flown rhetoric of “making work pay” and ensuring “fairness” has been matched by the squalid detail of policy implementation. And in part it is because Her Majesty’s Loyal Opposition has been unutterably useless at actually opposing anything.

But are there signs that the complexion of the debate is changing?

There are a couple of reasons for thinking that it might be.

The first is that policy changes that have been abstract prospects for so long are now moving to be much more concrete as they are implemented. The human cost will soon become apparent. And if we ever get to the implementation of Universal Credit that is only going to become more apparent.

This week there were rumblings in the media about those receiving in-work benefits become subject to conditionality under UC. The Government has plans to force them into extensive job search to increase their hours or else be sanctioned. This shouldn’t come as a surprise. It has been part of the proposals from the outset. Some of us have been warning for a while that this could be a flashpoint. Those who thought they were doing the best they could for their families in difficult circumstances suddenly find themselves labelled as scroungers by the Government. Given we’re talking about more than a million households, the political fallout could be substantial.

The fact that this issue is now being talked about at all indicates the media are taking a bit of a closer and more critical interest in the agenda. The implementation of the new underoccupancy rules for housing benefit has generated considerable coverage, although to what effect is not at all clear. And given the inequities that this change has thrown up, people are starting to probe some of the other components of the Government’s agenda.

At the same time, more evidence is emerging that large companies are using workfare as a means of accessing cheap or free labour, rather than employing workers. This is a possibility the Government has rather dismissed. There has been organised campaigns against workfare for a while, but the more evidence there is that it is being abused by employers to deny people jobs the more those campaigns will draw strength.

The Government’s case hasn’t been helped by Iain Duncan Smith’s apparently spontaneous claim that he could live on £53 a week, if he had to, and that he could empathize with those who are currently suffering because he too has experienced unemployment. This was an invitation for increased scrutiny of his current income, his living arrangements, his history of claiming generous expenses, and the details of his experiences of unemployment. Not all of the criticism has been entirely fair. But much of it is. And the key point is that it stretches credulity to think that IDS’s own experiences mean that he’s well placed to pronounce on what low income households are going through at the moment.

The second reason for thinking that the complexion of the debate is changing is the Government’s position on the horrific Philpott case. In her comment piece in today’s Independent Grace Dent forcefully argues that key to understanding the case is Philpott’s extensive history of violence against vulnerable women. Yet, the Government – in the form of George Osborne, but backed by David Cameron – has argued that the tragic death of six children can be traced directly to the nature and generosity of the welfare system.

The reaction to these recent developments has been fascinating. It is not so much the response of the political left that has been interesting. That has been predictably outraged. And the popular response to IDS’s claims triggered an extraordinary burst of clicktivism, with over 400,000 people signing a petition to see IDS make good his claim that he can live on £53 a week. It’s almost certainly an utterly pointless gesture, but it says something about the extent to which people see his claims as credible. We’ve also seen the Liberal Democrats distance themselves from the Chancellor’s position.

A few months ago, commenting on a previous episode in the saga of social security reform, I noted that at some point the Government would come unstuck:

… here we might be coming up against the limits of “post-truth” politics. The Government may keep asserting that everyone who isn’t working is a skiver and therefore undeserving. Or everyone who is receiving assistance isn’t really disabled but a fraud. But at some point this becomes so detached from reality as to be absurd. People will say enough is enough.

I think we’ve pretty much reached that point. Perhaps the most interesting and important development over the last few days has been the response in the right-wing press. It suggests that the Conservatives have seriously overplayed their hand. Beyond the rabid right they are finding little support. For example, following up an excellent post yesterday by Alex Massie, Fraser Nelson has a post today at the Spectator in which he observes that George Osborne has been behaving oddly and needs to calm down. Osbo’s focus on social security as culpable in Philpott’s horrific crime is misplaced. Even The Telegraph felt sufficiently exercised today by these issues to give its readers some feel for what it was actually like to have to live on £53 a week not just for one week but for the long-term. A small step toward rehumanising the debate, perhaps.

One outstanding question is where the Labour party have been all this while. Keeping a pretty low profile, it seems. That doesn’t mean to say that there is no opposition from the left. Labour bloggers have had sensible and measured things to say. While most of the media defence of the welfare state against Osborne’s onslaught has come from Owen Jones. I couldn’t help but agree with a tweet from Iain Dale the other day:

Good for him. But what on earth are Labour up to? Perhaps the relevant frontbenchers wouldn’t have been able or willing to come out and make the case against Osborne’s position. If that’s the case then they really are in a jam.

There is surely a debate to be had about welfare. No one should be complacent enough to assume that existing systems are perfect. And no one can sensibly dispute that it would be better if there were fewer people reliant upon state assistance to achieve an acceptable standard of living. But the starting point for debate is that there are insufficient jobs available at the moment and trying to starve people into work is not a civilized or humane way to help them. It isn’t even hugely effective. We need a debate about how to get from where we are to where we would like to be without the rancour and victim-blaming that currently infuses the agenda.