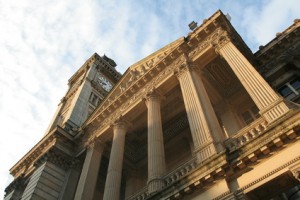 Elected Mayors are, apparently, the answer for our big cities. The Coalition has decreed that on 3rd May the citizens of Birmingham, Bradford, Bristol, Coventry, Leeds, Manchester, Sheffield, Nottingham and Newcastle-upon-Tyne and Wakefield be invited to participate in a referendum. The choice is whether they stick with the current model of local government or switch to a Directly Elected Mayor. Liverpool and Leicester have already committed to the Elected Mayor model without a referendum, as has Salford. But if Elected Mayors are the solution, then what is the problem?

Subnational government in England is a bit of a mess. Tensions between Whitehall and Town Hall wax and wane, but they are ever present. Local government is always vulnerable because of its weak constitutional position. A general power of competence for local authorities has been enacted through last year’s Localism Act. While this is symbolically significant, it was not accompanied by any meaningful decentralisation of power. Meanwhile, pretty well every indicator – voter registration, voter turnout, party membership – points in the direction of declining participation in the processes of representative democracy.

The Blair Government introduced more activity at the regional level to enhance co-ordination. Regional assemblies turned out to be rather a damp squib. Regional Development Agencies wielded power but were often seen as unaccountable creatures of central government, alongside Regional Offices. The Coalition has abolished the regional tier. In its place we have an incomplete patchwork of Local Enterprise Partnerships (LEPs), which lack powers or much by way of a budget. New methods of co-ordination across local authority boundaries, sectors and stakeholders are only now emerging.

Into this unstable territory the Government favours the insertion of an Elected Mayor. Advocates see the Mayoral model as having many advantages. A Mayor can offer strong, focused leadership to drive economic growth. An identifiable leader would break away from the anonymity of “the Council”, clarify accountability for decisions and thereby galvanise interest in politics. The Mayor would have a broader mandate than a Council Leader. The Mayor is directly elected and hence has greater legitimacy. And it is possible that the Mayor can break the stranglehold that party groups have over local politics. Several of the existing Elected Mayors are Independents. The Office of the Mayor brings with it the soft power: the power of influence. In a world of LEPs, partnership and persuasion this is essential if stakeholders are to be brought together and to work together productively for the good of their areas.

Those against Mayors are concerned about the dangers of concentrating power in the hands of one person. They invoke concerns about megalomania, corruption and inadequate scrutiny of capricious decision-making. The absence of a power of recall is seen as highly problematic. The negative experiences with Mayoral government in Stoke and Doncaster – leading to Stoke reverting to a more traditional model in 2009 and Doncaster having a vote to do likewise later this year – are highlighted. The spectre is raised of ineffective non-politicians and celebrities being elected as Mayor. In contrast, local politics should be the preserve of local politicians and party groups not independents and amateurs. There are concerns about a diminished role for elected councillors. And there are concerns about how a local authority will retain connection with its communities and voters once power is drawn further upward. There are those who cite the advantages of a more collective approach to leadership and government. Conversely, they argue that the Government’s proposals do not necessarily transfer greater powers so the Mayor will not be able to do any more than the leader of the Council. These Elected Mayors will be a pale shadow of the London Mayor. Their domain will be restricted to local authority boundaries, rather than encompassing broader functional economic areas as a “metro” Mayors. So there is no point changing and disrupting established relationships. And if there is an agreement between central and local government as part of a “city deal” to transfer powers to local level – in so-called “bespoke decentralisation” – then there is nothing in the legislation that requires the Elected Mayor model to be adopted to achieve this.

These arguments only partially line up along party lines. Since the 2009 publication of Control Shift the Conservatives have been committed to the Elected Mayor model for large urban authorities. Interest groups that one might expect to line up with the Conservatives – such as the Institute of Directors – are also typically supportive. Labour introduced the idea of Elected Mayors in the Local Government Act 2000 and has its strong advocates for Elected Mayors – such as Lord Adonis or Siôn Simon who is seeking to be Labour candidate of Mayor of Birmingham. But not everyone in the party is convinced.

Perhaps the most uncomfortable position is occupied by the Liberal Democrats. The party is part of a Coalition government that has pressed for the Elected Mayor referendum under the banner of Localism, with Nick Clegg often leading the way. But traditionally the party has been against Elected Mayors because they are seen as representing an undesirable centralisation of power.

This leads to some odd situations. Liverpool LibDem Councillor Richard Kemp has been one of the most vocal critics of Elected Mayors. But Liverpool having just decided that it would move to an Elected Mayor, he has declared his intention to stand as the Liberal Democrat candidate. This is perhaps not so extraordinary. The LibDem Dorothy Thornhill led the opposition to the proposal for an Elected Mayor in Watford, but ended up being elected to the role. She remains the only woman to have held the role of Elected Mayor in England, which in itself is another ground for questioning the model.

The principle in operation here is that Elected Mayors are generally a bad idea, but if there is going to be one then it is better that it is a Libdem.

Tensions within the Coalition may explain the way this policy is developing, but they cannot account fully for it. The Guardian yesterday reported that there was a significant battle going on in Whitehall over the powers to be decentralised. The centralising tendencies of the British state remain strong.

As the Guardian article notes, some of those hoping for a Yes vote in May will be encouraged by the way the referendum question is phrased because in areas where the local council is unpopular it may encourage voters to vote for change:

How would you like [your city] to be run?

On the other hand, the approach the Government is taking is slightly bizarre. They are not proposing to clarify the Mayoral model before the referendum. If there is a yes vote then work will be done to establish what Mayoral government will look like in each area. A “minimal” Mayor would have no more power than the Council leader while a “maximal” Mayor would have a much stronger strategic role. To get a feel for what those advocating a maximal approach have in mind it is worth looking at the Siôn Simon link above. It could include strategic responsibility over transport, major infrastructure planning, economic development, support for the unemployed, skills and components of education, trade and cultural investment.

And in practice a Mayor could end up anywhere on the spectrum marked out by these extremes.

At the public debate we held in Bristol a couple of weeks ago some of the most forceful contributions from the floor raised the problem of the lack of information regarding what we will be voting for. How can people be expected to vote for an Elected Mayor when they do not know what the Mayor’s powers will be? Or what the checks and balances against the abuse of that power will be? They cannot make an informed decision. Similar concerns are being voiced elsewhere. But the Government is apparently deaf to them.

It is likely that more information will be made available before the referendum. But, come polling day, fundamental uncertainties will remain. There is a real danger that people will vote against the move to a Mayor simply because they are risk-averse. There is fear of the unknown. That wouldn’t be unreasonable. But it would be unfortunate.

There are plausible reasons for concluding that an Elected Mayor is either not necessary or not desirable. But for a Government that would prefer a Yes vote to risk scuppering its own chances of achieving that result by the rather peculiar process that has been adopted seems more than a little tragic.

That is a self-inflicted problem that would definitely benefit from a rapid solution. But it may be too late to do anything about it.