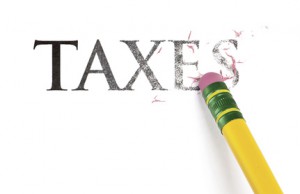 I’ve not said much about the whole Panama/Prime Ministerial tax schmozzle. That’s not because I don’t have views. But I’m not sure that I’ve got them entirely straight yet.

It seems unlikely that David Cameron has done anything technically illegal. When Cameron invested in his father’s company he wasn’t even engaging in particularly aggressive tax avoidance. And he paid the necessary tax when it was due. Nor would it appear that his mother has done anything inappropriate in gifting him £200,000, even if that £200,000 started out as his father’s money. If Cameron Snr bequeathed the money to his wife and she then decided to give it to Cameron Jnr then at that stage it was her money to dispose of as she saw fit. Whether there were informal understandings accompanying this chain of events – which would suggest that this was a mechanism for circumventing inheritance tax – we cannot know from the outside. But it would be unfair to start from the assumption that there were.

David Cameron stands accused of hypocrisy in criticising the morality of the tax affairs of others and of claiming he supports greater tax transparency and a crackdown on tax havens, while at the same time benefiting from the very arrangements he has criticised. This accusation should certainly be given some weight.

Even if Cameron has done nothing that is technically illegal, he has raised questions about whether his approach to his financial affairs is quite in the spirit of high public office at this particular time. When preaching austerity for others, cutting benefits for the poorest, and starving many public services of resources it is more than unfortunate if he has been engaged in tax planning in ways that reduce his own financial contribution to dealing with the deficit.

I think most people would agree that he has made a complete hash of dealing with the whole issue. If PR101 is to come clean as soon as possible, if it is all going to come out in the end, then he’s flunked his entry-level exams. It is hard to think of ways that he could have handled the issue more poorly. As the days when by last week he looked less and less trustworthy. The right wing press, perhaps surprising, joined in the criticism. Many commentators have pointed out that this serves their agenda in the broader EU referendum debate – if Cameron looks untrustworthy then people are going to be less inclined to believe what he says about the benefits of staying in the EU.

One of the most interesting sidebars to the whole turmoil over tax returns – as Jules Birch noted yesterday – is what it says about the absurdity of the housing market.  The amounts that Cameron, and Osborne, are making from renting a single property – in excess of the average annual household income for the UK – throws the issue into stark relief.

Once those tax returns started to emerge they raised plenty of eyebrows. On the one hand, they brought it home quite how much our leaders are not like the majority of the population. By putting numbers to what many had always assumed it shatters any suggestion that we are all in it together. It leads to speculation about the effect of our leaders’ financial circumstances upon their judgement and policy prescriptions. The argument is that a tax cut for the wealthy seems like a considerably better idea when it is going to be felt in your own pocket book, not just via increased campaign contributions from grateful donor-voters. On the other hand, I’d sort of expected them to be earning more than they are. I’d have thought someone like Osbo would have been more in Boris territory. But it is interesting that Osborne has received five figure payments from the family firm at a time when the firm isn’t paying any corporation tax. Maybe there is further to run with that.

I guess the other point is that tax returns only tell you what is declared. The point of tax avoidance is that you don’t have to declare it. And we are only being presented with high level summaries of the situation. We don’t know what sort of financial adjustments led to those net figures. What sorts of things are being written down and written off. What sorts of allowances are being claimed. And so on.

We can also, I think, all agree that Labour had a bit of an open goal here and they seem to have managed to miss it. From John MacDonnell calling for political journalists also to publish their tax returns – which I would have thought was guaranteed to make the members of the 4th estate a little more lukewarm over the whole issue – to Jeremy Corbyn not being able to find his own tax return to Dennis Skinner becoming the story with his Dodgy Dave comment: it all looks like amateur hour. Again.

Finally, I think it is clear that as many have latched on to the whole Cameron tax return, inheritance, rental income angle they have lost sight of the big picture. When the Guardian broke the Panama tax haven story it was about millions – billions – being hidden or laundered through tax havens, many of which are British Crown dependencies and overseas territories. Cameron’s financial affairs are a bit of sideshow really. However much we might enjoy watching him squirm, it’s not really the point.

So what am I not sure I’ve got straight?

I haven’t made up my mind quite what I think about Cameron’s financial affairs. I’m certain that politically he’s played it all badly. But if everything was as it was and that had been transparent from the start, and if it had all been declared appropriately in the Register of Members’ Financial Interests, do I think it is unacceptable? If the arrangement of his affairs is entirely within the rules and what he has done is prudent tax planning rather than aggressive tax avoidance then should it be condemned?

We might condemn the rules. For sure. That was President Obama’s point about the Panama leak – a lot of what was exposed was legal rather than illegal. We might campaign to have the rules changed. Absolutely. But I’m undecided how far I would condemn people for working prudently within the rules as they are. There is something in there about qualitative differences in approaches to tax avoidance that I’ve not quite put my finger on. Of course, we might also have a debate about how easy it actually is to get the rules changed in ways that would disadvantage the wealthy, but that is a whole other debate.

Ken Livingstone has entered this debate and promptly been accused of hypocrisy. While he might criticise Cameron’s tax affairs, he is argued to have set up “Ken Livingstone” as a company in order to reduce his own tax burden. I wonder to myself, if I ever found myself in a position to earn enough money to make that sort of strategy worthwhile, what would I do? If I’m honest, I’m not entirely sure.

Several right wing commentators have offered the argument that what Cameron has done is no different from the sorts of things that hundreds of thousands – if not millions – of people do all the time: put money in an ISA, shop duty-free, buy premium bonds. These are all tax avoidance strategies. Indeed, we use tax reliefs and allowances precisely to encourage certain types of desirable behaviour. So in and of themselves they aren’t immoral. If we’re all comfortable with that and aren’t willing to denounce our neighbours or ourselves for our behaviour then we can’t denounce Cameron. The only difference is one of scale – Cameron is dealing in amounts of money that most people will never have knocking around for discretionary investments. So, it might be concluded from this perspective, the real problem is simply envy. Those who are carping are simply envious of those who are more successful.

There seems to me some merit in at least the first part of that argument. Then again, I’ve seen it dismissed as gaslighting. And it might well be. But the very elusiveness of the Cameron tax issue – and the failure of the Opposition to frame a critique in a coherent fashion – has made it very easy to muddy the waters.