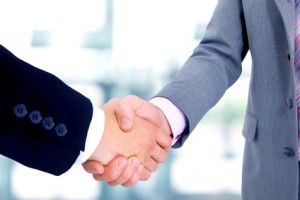 It is tempting to think that the UK housing system is uniquely dysfunctional. Policy over so many years has so manifestly failed to get the measure of the problem and failed to take sufficiently radical action that we might be tempted to consider those in charge uniquely inept. If it’s a choice between cock up and conspiracy, go for cock up every time. Type of thing.

We might, however, review the recent policy past in the light of a paper by Gurran and Phibbs entitled Are governments really interested in fixing the housing problem? (£), which has just appeared online in Housing Studies. It tells a story of policy inadequacy in the face of chronic housing affordability problems that feels rather familiar. But the authors take Australian housing policy at federal level and in New South Wales as their subject.

The themes of their policy story have features strongly in the British context over the same period: placing the blame for sluggish housing supply on overly burdensome regulation and state attempts to capture value from rising prices for public benefit; in the face of calls for more radical action, rejecting public housing as a solution to affordability problems. Gurran and Phibbs offer some examples of high profile policy pronouncements that seek to carefully construct the issue as one to which income redistribution or public housebuilding cannot be seen as effective solutions. The policy response is therefore to dilute planning regulations and lift requirements to provide affordable housing and infrastructure through the planning system. Significant funding for public housing only featured as part of the extraordinary response to the Global Financial Crisis of 2008. All the while prices and rents continue to rise.

Gurran and Phibbs are, however, very much not on the side of the cock up theory of inadequate policy. The point of their paper is to argue that housing policy in Australia has largely been captured by sectional interests. In particular, they highlight the way in which right wing think tanks have peddled ideologically preferred policy solutions branded as “research”; the housing building interest has inserted itself in the policy process and existing home owners have exerted themselves through the political process. The first two groups push for deregulation, even if it isn’t the driver of sluggish housing supply. Of course they would, why wouldn’t they? If I were a builder who could make several percent more on every sale by reducing the regulatory burden I’d be a mug not to press the government to go down the deregulatory route. The latter group don’t want to see more properties build if it risks undermine existing property values. With the ideology of home ownership being particularly strong in Australia this is a proportion of the electorate that demands attention.

Perhaps the most vivid quote in Gurran and Phibbs’ paper comes from an ex-planning minister in New South Wales, reflecting on the role of a development lobby group in seeking to capture the policy process:

The Urban Task Force tried to meddle wherever it had interests. [The CEO]’s job was to generalise the private ambitions of his small band of members to give the appearance of a broader philosophical and whole-of-industry view. In reality, it was a small band of speculators trying to hustle the government into making policy decisions that suited them. The Urban Task Force started to turn on the government and me as minister from the middle of 2007.

Gurran and Phibbs argue that the net result of all this pressure from sectional interests is “busy work”. That is, the government appears to be acting but without those actions making much of a discernible positive impact upon the problem. In the Australian context this entails setting up a range of Commissions and Taskforces as much as it involves implementing specific policies. In many ways “busy work” could be thought of as one version of Edelman’s symbolic politics. We need to be seen to acting even if there is no great expectation that the action will be effective.

Observers of the British housing policy scene will, of course, already have recognized that it would be possible to offer a rather similar account of the way in which recent British policy has evolved. After all, much housing policy over the last five or so years has been a minimally reworked version of proposals emanating from the Policy Exchange; the National Planning Policy Framework was written with a major input from house builders; and the differential engagement of older home owners and younger renters with the political process can arguably go a long way to explaining the flavour of recent policy.

The similarities are perhaps not surprising. Gurran and Phibbs argue that a number of the policy capture and lobbying practices they observe in Australia were consciously imported from the UK. But we have yet to see a definitive account of the way in which British housing policy process was so comprehensively captured. We do, however, see policymakers engaged in plenty of busy work, and housebuilders reaping handsome reward.