Oh, what is the point?

[Originally posted at Liberal Democrat Voice, 03/12/11, where it was 2nd most read post of the week]

Having followed the Chancellor’s Autumn Statement and then watched Danny Alexander interviewed on Newsnight on Tuesday I have to say my initial reaction was “oh, what is the point?”. That was a reaction to both substance and process.

The Chancellor’s Autumn Statement, as the IFS analysis demonstrates, hits the poorest hardest and those on middle and higher incomes less hard. Most would call that regressive. I’m sure some bright spark can come up with an argument that if you look at the data from a different direction – on the basis of expenditure not income, for example – then it isn’t regressive at all. 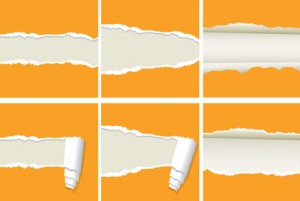 Be that as it may, how can it be a just strategy to uprate out-of-work benefits by freezing child tax credits – thereby moving a further 100,000 children into poverty – while leaving the tax burden on higher income households largely untouched? It conflicts directly with Government commitments to reward those contributing actively to society because it weakens work incentives. I’m glad that the Coalition catchphrase – “we’re all in this together” – seems to have been retired. We so palpably aren’t.

The Chancellor’s early commitment to so-called “expansionary fiscal consolidation” also appears to have evaporated. It was always nonsense. Research indicates that the strategy is almost always a failure. The cuts happen in the short term. The transition to a private sector-oriented, export led economy can take years – and relies not only on strong export markets but heroic assumptions about rapid labour market adjustment and the nature of capital markets. In the meantime, demand collapses, which destroys business confidence and willingness to invest. You set off a downward spiral.

The Autumn Statement introduced all sorts of small-scale initiatives that wouldn’t have been countenanced under pure Plan A. But are these new initiatives are likely to be effective? 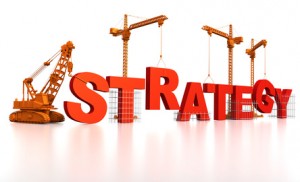 Spending on infrastructure has got to be welcome. But, again, as so much of it relies upon finding a vehicle with which to entice pension funds to invest that won’t happen overnight. Personally I would have preferred greater emphasis upon investing in housebuilding, for three reasons. First, it is easier to get housebuilding projects up and running in the short term. Second, more of the money can be channelled to small and medium sized firms of the sort that don’t tend to control road widening or rail building schemes. Third, with housebuilding there tends to be less leakage into imports than other types of infrastructure investment.

The most obvious question mark is over the idea of “credit easing”. Clearly the Chancellor feels he can no longer rely on the more general approach to quantitative easing. Giving banks the money and expecting them to lend has just resulted the banks leaving the money on their balance sheets. The banks say that the problem is not an unwillingness to lend but a lack of demand for funds. The fact that private sector firms are also sitting on piles of cash and not investing lends support to this view. So the Government is trying a more targeted approach. It is trying to strengthen a specific link in the economic chain. But is it the right one?

As perhaps befits a Cabinet drawing its senior members from banking dynasties, the solution is sought in banking. It is of a piece with the supply-side thinking such as proposals for further labour market deregulation and weakening of planning and environmental protections. Pre-Keynesian classical economic thinking continues to dominate at the Treasury.

We face predominantly a shortfall of demand and a crisis of confidence. If firms faced consumers with money to spend then they would have the confidence to take out loans to invest in production. Offering to guarantee loans for investment when there are no consumers looking to buy is coming at the issue from the wrong end. Walsus’s Law doesn’t hold outside of the world of the textbook.

This isn’t about not wanting to reduce the deficit or the desire to continue unsustainable spending. It is about whether the austerity-driven approach is the way to cut the deficit or whether it is self-defeating. Much has been made of the need to preserve the AAA rating from the credit rating agencies. We are getting strong signals that the austerity strategy will not sate the CRAs and the rating will go anyway. In the meantime, the long run productive capacity of the economy has been undermined and many thousands of people’s lives have been damaged. Other strategies could well be judged more credible in this context.

There are many positive things that differentiate the Liberal Democrats from other parties. One is its approach to internal democracy, with the leadership there to represent the agreed, democratically decided collective views of the membership. Rather than, for example, the leadership sitting behind closed doors cooking up policies that they want to see implemented and expecting the membership to follow like sheep.

Concerns have already been expressed that being in government is undermining this fine tradition. There were dark muttering about the management of the agenda at the Birmingham conference. Was the leadership trying to stifle dissent around the NHS Bill so as not to cause problems with the party’s Coalition partners? Danny Alexander may well have been pressed into an unwise commitment by Paxman’s persistent questioning, but is this how it is going to be from now on? Are we to discover what party policy is by watching late night television? That would be a very sad demise for a fine tradition.

Alexander’s comments also seem to suggest that there is at least some thought being given to a post-2015 coalition with the Tories. That would be very dangerous territory. Keeping an open-mind about the formation of any future coalition has got to be the appropriate stance.

Equally fundamentally, signing up to the Tory agenda now would remove two reasons for voting for the party. One, the party conducts itself in a more democratic manner than other parties, with the scope for grassroots members having a genuine influence. Two, the substantive agenda is unjust and regressive. So what would be the point? Why not vote Tory and get the real thing?