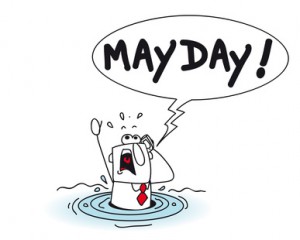 In the wake of the most recent exit by Labour’s serial resignationista Dan Hodges, the question of where next for those on the moderate centre-left has again been given an airing. Toby Young helpfully responded to Hodges’ departure by suggesting he join the Tories. Nick Tyrone provides a clear statement of why that strategy isn’t very plausible for many on the centre-left. He also notes that there are members of almost all the main parties who might more comfortably co-exist in a clearly centre/centre-left party, if only such a thing both existed and had some chance of being elected.

There is plenty of speculation as to whether the Labour party can hold together. Will those on what is rather inadequately referred to as the “Blairite” wing exit stage right, as JC shapes the party more clearly to his own taste? Or will the Corbynistas be forced to exit stage left in the face of a resurgence of the more moderate wing of the party? The former seems more plausible than the latter. But I am inclined to agree with Mark that under our present voting system neither scenario is very likely. It represents electoral suicide for all concerned. And such instrumental arguments don’t even account for those of a more Kendallish inclination who have stated as a matter of principle that they aren’t going anywhere for the moment: the aim is to tough it out, however unwelcome the liberated Left makes them feel.

In today’s Observer there is an fascinating post-mortem on New Labour by Peter Hyman, Blair’s former chief speechwriter and strategist, which further fuels the debate.One line of argument Hyman offers is that the centre-left needs to reassert itself against the resurgent and unelectable Left. It will no doubt result in a few more lost subscriptions for the Guardian as disgruntled readers perceive it as further evidence of the newspaper’s continuing anti-Corbyn crusade.

The more interesting point is that Hyman argues that there is “a gaping hole in the centre and centre-left of British politics that has been left unfilled for several years”. He then sketches out the type of thing he has in mind:

Today, there is a need more than ever before for a modern, progressive, values-driven party: a new “project” that does not try to recreate New Labour, because the world has moved on, but learns from it. It would have those three ingredients for success.

At its heart would be a renewed sense of moral purpose – a commitment to social mobility – breaking down all barriers to people getting on in life. It would believe in a leaner, more agile, empowering state that supports social entrepreneurs in the building of strong, diverse and democratic communities. This would be in sharp relief to the cuts of the Tories and the big state solutions of the traditional left.

This project would tap into the urgent needs of the country and the new aspirations of the public. This project would need to come up with fresh thinking about how to shape a growing, creative, greener economy and schools that prepare young people properly with the knowledge, skills and character to thrive in this economy.

Instead of just attacking the current reforms to welfare, the project would need to champion the overhaul of the welfare state to provide a more modern contributory system and new institutions such as a National Care Service for the elderly to run alongside the NHS. It would be seen as grappling seriously with the big questions of the day: migration, globalisation, terrorism, the environment, welfare, housing, our place in the world.

Hyman is not seeking a New Labour renaissance. His vision is for something else:

New Labour may be dead. Few in politics will mourn its passing. But millions of British people have been left stranded, without a political home. They crave a party that genuinely believes in social justice and economic prosperity. This is a time for urgent action, serious leadership and deep thinking. Who will answer the call? Without it, we will live for many years with only the Tories capable of winning an election; in short, a one-party state.

I couldn’t agree more with the analysis. It is a perspective that I find both cheering and rather dispiriting.

It is cheering because – and you are probably guessing where I am going with this – when I read Hyman’s description of the “project” he think British politics needs my immediate reaction was “hang on a minute, has he been reading Liberal Democrat policy papers?”. The platform he sets out is pretty closely aligned to current Liberal Democrat positions and discussions (see, for example, the initial consultation paper on Agenda 2020 presented to the 2015 Autumn Conference).

But it is rather dispiriting because we sort of know that few people are listening at the moment. The party are still being castigated for its role in coalition with the Conservatives, even though with every passing day it becomes clearer how much of a civilising influence upon the Conservatives the party must have been. We’ll have to get over that before there will be a ready audience for the substance of Liberal Democrat policy. And we face another significant challenge, which Hyman doesn’t really address in his piece. When politics is increasingly painted in the primary colours of bold assertion the message that the world is complex and that, in fact, politics is about making challenging compromises and difficult trade-offs is ever harder to convey.

We know that for many the move from supporting Labour to voting Liberal Democrat would feel like a major step, if not a significant betrayal of principle and tradition. Perhaps the Labour party has to continue its journey to the Left a while longer before voters – if not MPs – start shearing off on the right. Perhaps the party has to get itself into even more of a tangle before a chunk of voters decide it’s time to look elsewhere. Who knows, perhaps we’re about to discover that the Labour party as a serious electoral force was primarily a twentieth century phenomenon umbilically tied to an organised working class. Maybe we’re heading back towards British politics doing it old school: a world in which the Whigs going head-to-head with the Tories was the main event. But that is perhaps a little, ahem, speculative.

There is one thing about which Hyman is absolutely right. Our current trajectory most likely leads to a one-party state, and that will be bad news for many thousands – millions – of British people. So we need some more meaningful opposition to emerge sooner rather than later.