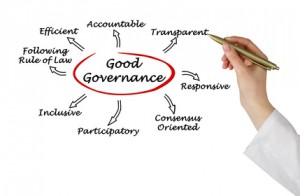 Liberals aren’t desperately keen on concentrations of power. It’s pretty integral to the whole ‘liberal’ thing. Whether it be power accreting to the state or to private interests or to the church, stark structural inequalities can threaten mechanisms by which different voices can be heard and society can deliberate over its collective future. A belief in the benefits of a healthy liberal democracy is a belief in the virtues of checks and balances.

At the same time, we know that life is complicated, and that two or more deeply-held principles can come into conflict. This requires the recognition that, even after much thought, any option available will offend against one or other of those principles. We rather find ourselves in such a position at the moment.

If you have been joining the dots on constitutional developments you will have spotted a pattern.

The current government, and its predecessor, has gone about restricting access to legal aid, reducing the remit of judicial review and sought to insulate activities from scrutiny under the provisions of the Freedom of Information Act. The Government is pushing to water down human rights legislation, the role of the ECtHR, and its own obligations to abide by international law. So one set of mechanisms for holding the government to account has been curtailed.

At the same time it has reduced the time period for consultation on many of its proposed policy changes, while not always announcing such consultations with any great fanfare. In some cases it is lucky that anyone gets a chance to comment at all. It has also sought to place a question mark against the future of the BBC, its charter and its licence fee, if it is perceived to be too hostile to the Government’s interests. The implied threat is intended to stifle criticism. The possibility of privatisation for Channel 4 is acknowledged to place the sustainability of its in-depth news reporting in question.

Currently the most prominent example of constitutional manipulation is the review led by Lord Strathclyde. The Conservatives launched the process in response the Lords rejecting the Chancellor’s proposals for tax-credit reductions. An article in the FT this week contained a number of interesting and important points originating from briefings in advance of the review’s proposals being made public. The first was a comment from a Conservative aide who was reported as saying that there had been an instruction to push as much policy change through as secondary legislation as possible. This in itself is an abuse of process that lies at the heart of the problem. It is an attempt to minimise scrutiny of the government’s proposals. The second was the comment from a “senior Tory” who argues that if the Lords don’t accept Lord Strathclyde’s proposals to reduce their role in reviewing secondary legislation then the Conservatives may stop the Lords having any say at all. This was referred to as “a big bazooka”.

It is here that we come up against a conflict of principles.

On the one hand, the idea that the Lords should be denied any role in reviewing and revising legislation effectively means, given the lack of meaningful opposition in the House of Commons, that the Executive will have unchecked power. This is not healthy for democracy.

On the other hand, the fact that the House of Lords is unelected and is holding back the agenda of a democratically elected government is seen as illegitimate and highly problematic. This argument was rather overdone by the Government at the time of the tax-credit vote, inasmuch as their claims that the Lords were contravening a fundamental constitutional principle were somewhat questionable. It is equally the case that the Conservatives had absolutely no appetite for Lords reform while they had a baked-in majority in the Lords and consciously torpedoed proposals for reform under the Coalition. So the idea that Cameron has now discovered the undemocratic nature of the Lords is a big problem is a bit laughable. It looks like nothing more than a petulant reaction to not being able to get his way. But that doesn’t detract from the fact that an unelected second chamber is highly problematic, as liberals have argued for decades.

So an unelected second chamber providing the only really meaningful check on Executive power in the House. We have a liberal dilemma. And we know that the Government has set about weakening the role of the courts in holding it to account once legislation emerges from the House. In the context, my view would be that a House of Lords that lacks a democratic mandate is less of a risk than an unchecked Executive. House of Lords reform is desirable, but curtailing its role in legislative scrutiny isn’t the right reform. It would be much better if the legislative process were reformed such that secondary legislation returned to its original purpose, and the Executive embodied major policy changes in primary legislation that can be scrutinised thoroughly. But I’m sure others would adopt a very different position.

The constitutional principles are important. But equally important are the substantive consequences of the Government’s casual approach to policy making. For example, this week saw the last couple of Commons committee days for the Housing and Planning Bill. Right at the last minute the Government tabled an amendment to abolish security of tenure in local authority rented housing and compel all new tenancies to be fixed term.  Many people in the housing policy community were expecting such an amendment to appear at some point. And its emergence now is obviously quite consciously timed to minimise the amount of scrutiny it can be given.

Does this matter? It surely does. This policy change – whether you agree with it or not – has the potential to fundamentally reshape our housing system. It will alter the role of local authority housing in a way that will concentrate poverty and disadvantage. It is likely to destabilise neighbourhoods, while increasing stigmatisation and housing management challenges. The change is as likely to have negative incentive effects upon households living in social housing as to have the positive incentive effects the Government claims for it. It also, as J pointed out over at Nearly Legal the other day, fundamentally undercuts the Government’s agenda to push the Right to Buy and increase home ownership.

Indeed, the current regime of security of tenure for local authority tenants was introduced by the Thatcher government in order, in part, to further the Right to Buy agenda. It would be a remarkable state of affairs to conclude that the Thatcher government’s housing policy had more coherence than that which is currently on offer.

For all these reasons, and more, the policy deserves to be debated properly. But it appears the Government will do all it can to avoid having to make its case and debate the issues.

The Government’s approach to policymaking seems to me to ride roughshod over many of the principles of good governance.  Its unwillingness to provide plausible justifications for policy, and to defend it cogently in the face of scrutiny inside and outside of Parliament, is not good for the long term health of our democracy . Quite apart from the consequences in the short term for the health of those who are subjected to poor policy.