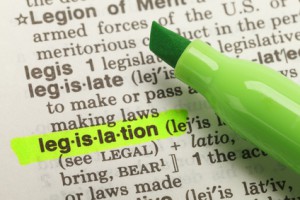 The Chancellor’s defeat in the House of Lords on Monday over cuts to tax credits has, rightly, generated acres of commentary. I don’t propose to review the debate in detail here, other than to observe, as a number of commentators and bloggers have already noted, that on this occasion George Osborne is largely responsible for boxing himself into a corner. It is the nonsense of his fiscal charter, coupled with ringfencing of some budgets and already eye-watering cuts to unprotected services that has left him with limited room for manoeuvre.

The Government’s proposals were obviously going to cause hardship. Treasury arguments that cuts in tax credit would be compensated by rises in the national minimum wage and tax thresholds were shown to be so much hot air quite a while ago. The absence of transitional relief would have indicated to anyone who was paying attention – and, as Chris pointed out, that is perhaps rather fewer people than should have been – that Osborne was going to administer a shock to the system. The showdown with the House of Lords was rather predictable. Government defeat was perhaps less so. But it was hardly surprising in the context.

The Government’s tactic of manufacturing a constitutional dimension to this issue was, presumably, meant to scare the Lords into line. But it didn’t work, in part because it wasn’t an entirely plausible claim from the outset. The Government paid the price for its own dissembling. The failure to be straight with the electorate in the run up to the election over where cuts to the welfare bill would fall, coupled with the use of secondary legislation to sneak the provisions through the House, were its undoing. We wait to hear what, if anything, the Government’s retaliatory review of the role of the House of Lords will deliver.

It is this last point that I wanted to pick up here. The tax credit incident is just one example of a broader trend in the way we are governed. Rather than producing detailed primary legislation, governments increasingly rely upon regulations set out in Statutory Instruments to do the heavy lifting for policy.

Governments are more and more frequently adopting the strategy of framing primary legislation as enabling. Laws are passed that simply give the Secretary of State the power to fill in the detail using regulations at some later date. This means that scrutiny of the primary legislation can be relatively meaningless because there are no details to scrutinise. It means that the impact assessments associated with primary legislation are pretty much worthless because they can be based upon government statements of intent, but those statements are not necessarily embodied in the law as it is introduced to the House. Then when the details finally appear via regulation there is a limited amount that can be done to interrogate them effectively or amend them if they are deemed to be deficient or destructive.

By using this strategy the Executive aims to both preserve maximum discretion and insulate itself from effective scrutiny.

At the moment the Housing and Planning Bill is going through Parliament. This Bill covers a wide variety of issues. These include legislating for the so-called ‘Pay to Stay’ policy. This is the Conservatives’ idea that high income households living in social housing should be charged a market or near-market rent rather than a social rent in order that they no longer receive an economic subsidy.

This is what the relevant section of the Bill says at the moment:

The regulations may, in particular, require the rent—
(a)  to be equal to the market rate,
(b)  to be a proportion of the market rate, or
(c)  to be determined by reference to other factors.

The regulations may, in particular, provide for the rent to be different—
(a)  for people with different incomes, or
(b)  for social housing in different areas.

The regulations may require a registered provider of social housing to have  regard to guidance given by the Secretary of State when determining rent in accordance with the regulations.

Regulations under this section are referred to in this Chapter as “rent regulations”.

Rent regulations must—
(a)  define what is meant by “high income” for the purposes of this Chapter, and
(b)  make provision about how a person’s income is to be calculated.

The regulations may, in particular—
(a)  define “high income” in different ways for different areas;
(b)  specify things that are, or are not, to be treated as income;
(c)  make provision about the period by reference to which a person’s  income is to be calculated (which may be a period in the past);
(d)  make provision about how a person’s income is to be verified;
(e)  require a person’s household income (as defined by the regulations) to be taken into account;
(f)  require a registered provider of social housing to have regard to guidance given by the Secretary of State when calculating or verifying a person’s income.

It should be reasonably clear that these sections give the Secretary of State the power to do pretty much whatever s/he feels like when the urge strikes. For example, the mandatory rents set could be at market levels, at some fixed proportion of market levels, or on some other basis as yet unspecified. So that could mean pretty much anything. Rents could differ by income level or area, but presumably not by both simultaneously. How can this be meaningfully evaluated?

We might look at the accompanying Impact Assessment. The Government is obliged to produce an assessment of the likely  impacts of all new Bills. How can it do that when details are so sparse? The IA is based on the Government’s previously announced proposals: ‘higher income’ would mean £30,000 or more outside of London and £40,000 or more in London, and rents would go to 100% of market levels. The IA itself is rather partial and pretty basic, and, in my view, fails to adequately recognise the interconnections between the various policy proposals it comprises, but that is maybe something for a different blogpost.

The problem is that the legislation doesn’t actually embody those parameters. If it is passed as it currently stands then the policy when finally implemented could look utterly different. There is nothing to stop the Secretary of State deciding that ‘high income’ is £15,000 or over and that rents should be set in line with the movements of the FTSE500.

This doesn’t seem to me to be a hugely satisfactory approach to policymaking, taken in the round. It isn’t an argument against the use of secondary legislation. The whole legislative process would no doubt seize up if it weren’t available to process changes to policy detail. The issue is the way it is now being used as the vehicle for effecting much more substantial policy change “under the radar”.

Inasmuch as it further weakens the role of the Legislature relative to the Executive, that feels like much more of a constitutional crisis than the Lords asking George to have a bit of a think about how he might at least attempt to mitigate the negative impacts of his cuts programme.