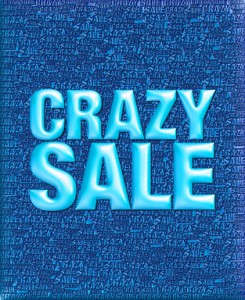 An awful lot seems to have happened on the housing policy front this week. Or at least the volume of housing talk has increased considerably.

We started the week with Brandon Lewis announcing that the Government wants to see a million new homes by 2020. But the Government then clarified that this doesn’t constitute anything as ambitious as a target. Nor does it appear they are proposing any significant new strategies, plans or actions to increase the likelihood that a million new homes might appear in the next four years. There was some reference to making it easier for people to build and to brownfield sites. But then there usually is. So precisely what this announcement signified was not altogether clear.

Lewis pitched the million homes figure into the news media during the Liberal Democrat conference. Housing featured prominently during the conference – from the early CentreForum/Social Liberal Forum fringe on the topic, through Vince Cable’s fringe meeting in which he acknowledged that one of the key mistakes of the Coalition era was to allow substantial cuts in public investment which were not in the coalition agreement, and on to the housing policy motion on Tuesday condemning the government’s extension of the Right to Buy to housing associations and the forced sell off of valuable council housing. Cable was forthright in arguing that the state of the housing market is one of the biggest economic problems facing the country.

On Wednesday Tim Farron made his first speech as leader of the Liberal Democrats. He went big on housing also. This was no great surprise because the issue has genuinely been one of his passions for a long period of time. He also gave strong indications that the Liberal Democrats in the Lords would do whatever they could to frustrate the Government’s plans for extending the Right to Buy, even though it would mean ignoring the Salisbury convention. Many might see the objective as laudable. But the mechanism of relying on the unelected Lords to derail a manifesto commitment of a democratically elected government is problematic, however much we might feel that the legitimacy of a government elected by only a quarter of the electorate is by no means overwhelming.

In his speech Farron did a great job of encapsulating the fundamental importance to life of good quality housing:

Access to affordable housing affects us all because it is the entry ticket to society, to security and stability, to work, health and community.

Because without secure, affordable and stable housing how can you be sure that you can send your kids to the same school one term after the next?

How can you be confident you can keep your children safe and warm?

How can you apply for and hold down a job to feed and clothe them?

And, without this confidence, how can you have the peace of mind to concentrate on anything else?

The worry and the burden of not knowing if you can pay the mortgage, pay the rent, stay in the same place for more than six months at a time, is devastating to millions and millions of British people.

People often talk about moving house being one of the most stressful experiences in life. But for millions of British people, without a stable or affordable home, that stress, that instability, that uncertainty is a debilitating reality, every single day. And I will not accept it.

We will not tolerate it, so together we will fix it.

Housing is the biggest single issue that politicians don’t talk about. Well, we are going to talk about it, campaign on it, go on and on and on about it, and make a difference to the millions who have been ignored.

We have had enough empty rhetoric on housing. We need action now.

Farron then went on to restate the core elements of Liberal Democrat housing policy, which is somewhat grudgingly recognised by some in the Labour party as the most comprehensive and ambitious approach to housing of any of the parties. That doesn’t, of course, stop critics from the Labour party reflecting Farron’s ’empty rhetoric’ claim back on to him and arguing that until he apologizes for the abominations of the Coalition government he can’t be taken seriously. Given that he specifically didn’t – and won’t – apologize in those terms this is a tactic designed to further marginalise the Liberal Democrats.

Also this week we had the arrival of a Public Accounts Committee report that was highly critical of the government’s approach to selling public land. The casualness and complacency of the government while disposing of valuable public assets is little short of outrageous. Given that this type of land disposal is a key part of policy for the next period, and the government shows little inclination to sharpen up its act, this should be a concern for us all.

The week rounded off with the National Housing Federation annual conference, where the focus of attention was the NHF’s unusual strategy of making the government a counteroffer on its proposals for extending the Right to Buy. There are few in the housing association world who have positive things to say about the government’s policy, although I did hear a whisper the other day that one or two chief executive find the idea of the consequent nationalisation quite appealing, if it meant they didn’t have to deal with board members any longer.

The NHF has come in for criticism here for conspiring with the government to bring about the end of social rented housing. Whether that is fair criticism rather depends on how much the NHF’s proposals for a “voluntary” approach to disposals differs from what the government was planning anyway. The offer would appear to offer associations more flexibility in terms of portable discounts and exemptions from sale. Yet the government seems adamant that the two approaches amount to the same thing.

The NHF proposal could, nonetheless, be attractive to government if it means they don’t have to risk protracted confrontation with the Lords to get their own version of the policy through the House. The Conservatives were out and about emphasizing that the use of the term “voluntary” in this context needed to be interpreted in a rather limited way – if housing associations don’t deliver the policy objectives of their own accord then legislation to compel them will follow. Really all we are seeing is housing associations jumping before they are pushed.

Presumably the NHF take the view that unpalatable legislation will inevitably follow and hence the voluntary approach is the better option. It would be interesting to know the extent to which such a view is informed by insight into the Opposition’s appetite for defeating the policy. It seems plausible that if the voluntary approach is rejected then legislation will be pursued. But whether the Opposition to that legislation would be sufficiently concerted to ensure that it never reaches the statute book, or the government takes the view that it would have to expend too much political capital in ensuring that outcome, is – of course – not at all clear to the outsider. At the moment it may not, in all honesty, be clear to the insider either.

With Labour and the Liberal Democrats in the Lords against the proposal, the politics of this issue feel finely balanced. It may be that if the industry refuses to play ball and work with the Government on Right to Buy extension then the Government won’t be able to get their version of the policy through the House. My gut feeling is that that is a long shot. Against all logic and reason this is a policy that the Conservatives seem wedded to. So obstruction would be a high risk strategy for housing associations.

All this should never detract from the headline message, which is that the extension of the Right to Buy is no less terrible a policy now than last time it was defeated. Indeed, given we are now much clearer on the long run consequences of the Right to Buy, it is considerably worse.

The fate of the extended Right to Buy is surely an important piece of the housing policy jigsaw – spending millions in subsidy on transferring assets to a lucky few, rather than building more affordable housing. But we need always to keep in mind that most of housing policy talk that takes place in and around Westminster fails to come to grips with the scale of the problem.

So at the end of the week we witnessed a valuable intervention from Kate Barker who not only offered us a sceptical view of the direction of current policy but also a reminder of the sorts of more radical action that would be needed if we were serious about dealing with the housing market, particularly in relation to the tax treatment of housing. As long as these broader issues go unaddressed the housing market will continue to misfire, and that poses a threat to the health of the economy as a whole.