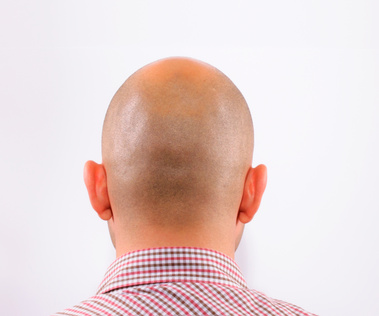 I keep returning to Steve Hilton’s comments on the rigidities and redundancies of the senior civil service, as reported in the Sunday Times. It all strikes me as a bit rum.

Hilton was making three main points. First, that members of the Government were only finding out about some policy announcements from the media. And once they found out they didn’t necessarily agree with what was being announced on their behalf. Second, Hilton conveyed his sense that the main purpose in life for the Mandarinate is to frustrate ministers’ desires for action and change. Third, there is much activity and many decisions are taken, with accompanying mountains of paper being generated, but only a minority of it (30%) is controlled by Ministers and relates to delivering on the Coalition agreement. Hilton suggests that a similar proportion relates to “random things” and, for good measure, fully 40% of activity represents Government implementation of EU regulations.

The first of these points led to responses from those closely associated with the last Labour administration – initially Damien McBride, with Alastair Campbell pitching in today – asking what has happened to Labour’s fabled grid system for managing government business and media strategy. Meetings to review the grid were of huge strategic significance under Labour, precisely so there were no nasty surprises for Ministers. The system was working when they left office. But it appears to either have been de-prioritised or fallen into disuse. On Sunday Nicolas Watt, posting at the Guardian, reported one Whitehall source as saying that during his time in government Hilton stopped coming to grid meetings: that would tend to explain why he didn’t know what was coming up. The source goes on to say “He [Hilton] exemplified the point McBride’s blog makes – an undermining of the central planning process by the people who should have led it”.

There is something important in that comment. There is petulance about Hilton’s comments. The failure to deliver on the Coalition Agreement is clearly the fault of an obstructive civil service. Rather than, for the sake of argument, weakness on the part of the Ministerial team. Clearly some Ministers, Michael Gove for example, manage to progress their agenda. And Iain Duncan Smith ploughs on with welfare reform in the face of all reason and considered opposition. So it can be done.

In The Times the other day unnamed Ministers were reported as describing Yes, Minister as feeling more like a documentary than a satire. They no doubt intended that to refer to the wiles of Sir Humphrey in frustrating governmental aspirations. It presumably wasn’t intended as a self-incriminating reference to the naivety, vanity and lack of political nous on the part of Jim Hacker, which allowed him – at least initially – to be bested regularly by civil servants.

Nor does Hilton seem to recognise that in Coalition government there are a broader range of stakeholders to keep on board. If policies and announcements are to be approved by both parties then that is inevitably going to mean processes become somewhat more unwieldy and the pace of action is likely to be slower.

But, more importantly, the idea that government business should be devoted 100% to delivering the Coalition agreement shows a complete failure to grasp what is required to run organisations on the scale of Ministries of State. There is plenty of government business that needs to continue while change is being planned and implementation strategies for new processes are being developed and rolled out. Large scale organisational change takes months and years rather than days and weeks to deliver, if it is going to be successful and sustainable over the longer term. In the meantime the show must go on. Much of the everyday business of government doesn’t come anywhere near the Cabinet for ratification. It couldn’t be otherwise.

And the statement that 40% of government activity is occupied with implementing EU regulations seems to me to be little more than political mischief making.

It feels rather like some in the Government are confusing power with authority. Ministers, and their advisors, may occupy positions of formal authority at the top of large public organisations. But that isn’t the same as having the power to make anything happen. Power is something which infuses relationships and is established and re-established through action. Leadership only exists in its exercise. It has to be claimed, and control has to be ceded by those who follow. But if no one follows then leadership dies. None of those things happen simply by virtue of occupying positions of formal authority. Those who are notionally subordinate quickly get the measure of those who are notionally in positions to exercise power over them – appraising strengths and weaknesses, calibrating their expectations and the vigour of their response to requests and instructions. That is not unique to the civil service, it happens in all organisations.

We may also be reaping the disbenefit of an increasingly insular political class. Most of the Ministers we are talking about here are professional politicians. They have little or no experience of managing and changing work organisations. If they had then on arriving in government they wouldn’t have so precipitately excised large chunks of the organisational capacity required to achieve their objectives. They have not had to bring together people with disparate beliefs and aspirations and persuade them to turn their energies towards achieving a goal that they – but not necessarily their staff – think is important.

They have no doubt run successful election campaigns, but those will typically involve volunteers who all start from the position of wanting their candidate elected. Most of the organisational battle is already won.

These are difficult managerial tasks. They are tasks that, I would suggest, require one of two approaches. Both require clarity of purpose. On the one hand, they can require care, courtesy and collegiality, rather than confrontation, in order to get the best out of people and make progress, particularly if you are working with highly intelligent people – people who may, in fact, be smarter than you – in an environment where communication is carefully modulated. Or, on the other hand, you can take a thunderously confrontational approach that means you effectively steamroller everyone in your path. The latter approach can deliver results in the short term, but probably isn’t sustainable in the long run. But, then again, politicians tend not to worry too much about the long run.

It strikes me that while there may be some Ministers in the current government suited to the latter approach, there would appear to be fewer who are successfully operating the former. Instead, you get an approach which is confrontational, but without much conviction. That is something which is relatively easily rebuffed. And that would appear to be where we find ourselves at the moment.

None of this is to say that there are not problems with the senior civil service. There is a dysfunctional conservatism and an opacity of operation, in part fostered by a culture of blame avoidance. And the argument that the core of UK Government is relatively weak, which in turn impedes effective action, is one that long predates the current government. David Richards and Patrick Diamond provide a valuable overview of the issues. Simon Parker made some worthwhile proposals for reform in a post today at the New Statesman.

My point is rather that the analysis would be inappropriately partial if it focused exclusively on the civil service side of the equation.

It takes two to tango.

Or, indeed, to have a blazing row.