Putting the brakes on housing booms 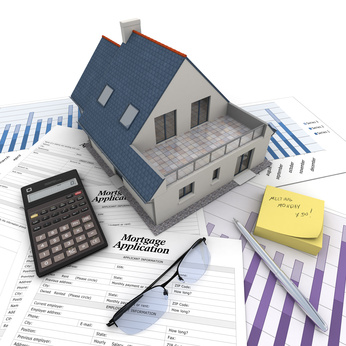 Property markets are frequently implicated in economic booms. It isn’t always residential property. But often it is. The last boom, which eventually triggered the Global Financial Crisis, had a strong housing market component.

A while ago the Bank of England created the new Financial Policy Committee (FPC) with responsibility for macro-prudential regulation. Within its regulatory remit is action to stop the development of housing booms and bubbles. The FPC favours using so-called “sectoral capital requirements” (SCR) to take the froth off the market, rather than setting out rigid rules for loan-to-value (LTV) or loan-to-income (LTI) ratios to restrain borrowing. This approach was restated earlier this week.

The FPC’s proposed approach has been reported differently by different newspapers. While some are billing it as the arrival of strong new powers, others are rather more critical. The critics argue that while there is evidence from other countries that regulating LTV or LTI directly can be effective in restraining house price inflation, the performance of regulating capital requirements in the aggregate is rather more uncertain.

This is quite an interesting regulatory question. We can all agree that avoiding run away housing booms would be good, not just for the housing market but for the broader macroeconomy. But how to achieve that? All regulatory interventions have strengths and weaknesses, they all carry downside risks. Might the blunter instrument of direct LTV or LTI regulation be better? There several possible issues.

First, the SCR approach requires the detection of an incipient housing boom in order for the FPC to then specify a change in capital requirements. That implies the timely availability of accurate aggregate house price information. That cannot be taken for granted. There will inevitably be lags in the decision making. You’ll be trying to damp down a run up in house prices after it has started, rather than trying to prevent it getting started in the first place. The regulator is always going to be behind the curve.

Second, not only will the regulators be behind the curve, but they are being asked to tweak specific capital requirements with no clear idea of the nature of the relationship between capital requirements and price inflation. And even if they are confident on the nature of the relationship, it is not well calibrated. Under- or overshooting is quite likely. My money would be on undershooting. Similarly I would presume that the FPC will not insist on instantaneous convergence to a new SCR, so a period of adjustment – which the banks will presumably ensure is as long as possible – will be built in. So in the meantime the market will gather momentum. A boom is unlikely to be prevented.

In any case, the SCR approach appears to be built on a textbook model of fractional reserve banking that suggests that the volume of lending is a maximum multiple of  reserves. The alternative view, which has gained much greater prominence over the last few years, is that in reality the relationship is the other way round: capital adequacy requirements do not represent any meaningful constraint on rate at which private credit is created.

Third, not only is detecting an emerging housing boom a challenge, but assessing whether lending institutions meet the SCR will require interpretation. So determining compliance with the new regime would not necessarily be straightforward and would take time. The banks are large complex operations that have proved they are not averse to the odd bit of creative accounting. Regulators are at an informational disadvantage. It is not beyond the realms of possibility that everything would look fine on paper when in reality the quality of lending is deteriorating sharply as a boom gathers pace.

Fourth, the recent report by Andrew Tyrie’s Banking Inquiry argued for strengthening the Vickers proposals on banking regulation by “electrifying” the ring fence between retail and investment banking. Leaving aside the merits of those particular proposals, the foundation of this argument is that bankers have a strong temptation to avoid or undermine regulatory requirements if there is more money to be made by doing so. The recent past has demonstrated that many are unable to resist that temptation. What leads us to think that the same won’t apply to SCR? We’ve recently seen the bankers win over the capital requirements under Basel III, successfully lobbying for all sorts of poor quality assets to counting towards meeting the new capital adequacy standards. What makes us think that similar processes will not occur in relation to lending on housing more specifically?

We can contrast these points with the blunt instrument of direct LTV and LTI regulation. Broadly speaking, direct regulation means that house prices are constrained by the growth of incomes. It is also likely to affect the savings rate and inheritance behaviours in a bid to satisfy deposit requirements. But there are likely to be ceilings on these effects.

Direct regulation is more likely to prevent a boom from getting started rather than trying to deal with one once it’s under way. If prices do tick up then banks will not be able to succumb to the temptation to relax lending criteria in order to maintain market share. That will act as an automatic stabiliser.

Direct regulation removes uncertainties and ambiguities around compliance. If sources of income are verified, and we don’t allow ninja and undocumented liar loans of the type that contributed to the sub-prime crisis, then it should be relatively straightforward to determine whether individual loans conform to the regime. If needs be individual loan agreements can be sampled and inspected. Breach should be (relatively) easy to determine.

The main downside of direct regulation is that there may be individual households who are, because of their preference for housing and commitment to servicing the debt, able to sustain higher levels of borrowing than the regime allows. The question is whether denying them this opportunity is a price worth paying for much greater stability at the level of the market and much greater ease of regulatory implementation.

The other possibility might be that somehow households start to source mortgage funds offshore in order to circumvent the limits specified by the regulator. While that cannot be ruled out in principle, we would need a realistic assessment of how extensive this is likely to be in practice. Also, if the policy were actually to work, and house prices were not to run out of control, the need to borrow more than the LTV/LTI maximum would be reduced.

One of the reasons the FPC has rejected the use of direct regulation of loans is apparently because “these instruments would directly affect how much individuals and businesses may or may not be able to borrow”.

Just think about that, given what we’re trying to achieve here. Surely affecting how much people can borrow is the point?

Indeed, in an FT article earlier this week the Bank of England were reported as noting:

Although the provision of some individual mortgages with high LTV or LTI ratios may be appropriate, excessive average LTV ratios have been a feature of the build-up to several financial crises

So we’re all agreed on the problem. Just not on how to deal with it.

One of the curiosities in this debate is why the BoE has rejected the approach used elsewhere in favour of one that is much less certain. It is reported that there is concern that limiting the amount people can borrow “could provoke a political backlash”. That is an interesting comment coming from an independent central bank that one might, naively, assume was there to do what was appropriate for effective economic management regardless of political considerations. It is equally interesting because it doesn’t really make sense. The FPC is precisely proposing a mechanism for limiting what people can borrow. It is just proposing one which obscures the trail that leads back to its door, so it is less likely to get the blame. Pass the buck. Get households to blame the lenders.

As Peter Sands commented in the FT last year:

If you want to contain bubbles you have to be able to stop people and companies borrowing too much. That’s what taking the punchbowl away means. But, lacking the courage to do this directly, the FPC want to achieve the same end by subterfuge.

And, I would argue, by adopting mechanisms that are much less likely to achieve the desired aim.