The boundaries of academic blogging 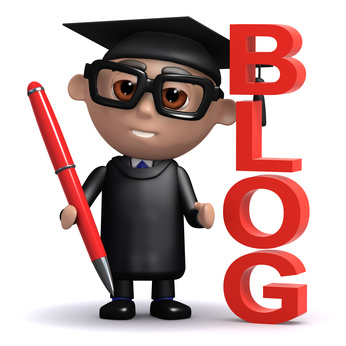 We live in a world of impact and engagement. Academics are encouraged to embrace social media and communicate in new and different ways to broader audiences. More academics should be getting acquainted with WordPress or Blogger, Typepad, Posterous or Tumblr. The world needs to know what’s happening within the academy. We’ve got interesting ideas and findings to share. And if the world is going to grasp what’s happening then our writing needs to be clear and digestible.

The spin-off benefits that this can have for one’s own teaching and research have been admirably summarised by Simon Wren-Lewis on his excellent blog Mainly Macro.

I have to confess that I am not quite as comfortable with this whole idea as I might be. Not with the idea of academics getting involved in blogging. That’s fine by me. My issue is more with the idea of “academic blogging”. Where does it begin and end?

I am an academic. Have been for many years. Can’t deny it. In that world I am Professor of Public Policy. I’m the head of one of the five Schools in the Faculty of Social Sciences and Law at one of Britain’s leading universities.

And I am a blogger. I have been for a few years now. In this world I write this blog on politics and policy-related issues. I occasionally contribute to political blogs elsewhere. This blog is currently ranked in the top 100 UK politics blogs by ebuzzing.

Many people arrive and depart this blog without knowing that I’m an academic. I don’t hide the fact. It’s there on the About page. But I don’t give it any particular prominence. Similarly, I don’t mention it on my Twitter biog.

Of course, these two identities – academic and blogger – overlap considerably. But they aren’t entirely congruent. And that can set up tensions.

My academic research career was largely built on researching and writing about housing markets, regulation and housing policy in England. That is a field in which there is currently plenty of debate, activity and inactivity. It is a policy area requiring rethinking. So there is plenty to write about.

But if I only blogged about housing then my posts would be relatively few and far between. And I rarely report directly on research – either my own or that of others. More frequently I write op-ed commentary. Is that “academic blogging”?

And, if I’m honest, sticking to housing would rather defeat the object of setting up the blog in the first place. I wanted a place to talk about whatever was on my mind.

So I also blog about closely related issues such as the welfare state and rights, social security and welfare reform, and land use planning. These are areas in which there is plenty to say about the substance of policy, the processes of its formulation, and the discourses that accompany it.

That is the territory that I feel entirely comfortable visiting, given my research profile. It is congruent with my role in academia.

But that probably doesn’t account for half of the posts on this blog. 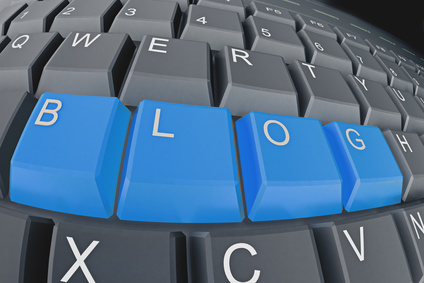 Some of the academic bloggers I enjoy reading leaven the mix with more personal posts about family, biography or travel. I’m very much not averse to that approach – hence this post – but it isn’t really my style. So I tend to look in other directions. After all, the blog monster needs regular feeding.

I blog about a range of issues that interest me including macroeconomics, banking reform, industrial policy, transport, public sector restructuring, and the methodology of economics. Only on the last couple of these topics have I ever contributed anything to the academic literature. I’d like to have written more, but c’est la vie.

As with most academics, I teach across a broader canvas than I have ever had time to actively research. I teach the (micro)economics of public policy; public management and organisations; and theories of the policy process. This gives a wide range of further resources to draw on when commenting on issues as they hit the headlines. Occasionally I draw explicitly on academic resources, but more often than not I don’t.

Yet, topics like macroeconomics or banking rarely intersects with my academic work. I studied some back in the day, but things have changed out of all recognition since then. Any reading I do now in these fields I do largely for pleasure. Yes, honestly.

Finally, I post about current political events. These posts are written simply because I’m interested in the topics. Blog posts about Andrew Marr’s inadequacies as an interviewer, rebellious Tory backbenchers, Liberal Democrat differentiation, Labour’s deficiencies, the Leveson inquiry, or the travails of the Coalition are written because that’s what’s in the news and on my mind. While I no doubt bring a certain social scientific sensibility to the topic, that’s not really the point.

For one thing it means the blog does not have as clear an identity as many blogs by academics. I’m very glad that some readers visit the blog regularly, whatever the topic of the most recent post. But, as a consequence of the diversity of content, it tends to attract distinct but overlapping audiences. Some readers follow the blog for the housing content. Some evidently don’t. Some are interested primarily in the economics-related posts, or those about Coalition politics and the Liberal Democrats. This emerges from the patterns in the retweets and backlinks. The whole thing is probably a little unfocused. But in that respect it reflects its author.

When I’m writing on non-housing topics is that “academic blogging”? Or just an academic blogging? When I venture further afield do I do so as a professional academic or as an intelligent and reasonably well-informed lay person?

If I were not an academic then as a political blogger I could write whatever I felt like. The blog would stand or fall by the quality of the writing and insight on offer. I toyed with setting up a blog anonymously to give myself that freedom. But I decided against it. If I was going to say it then I was going to acknowledge that it was me that said it.

Yet, that means that in practice my freedom to roam is constrained. It comes into tension with the academic professional identity. Your academic title brings with it the expectation that your comments are informed by some knowledge of the relevant literature and debates. There is, at the very least, a professional obligation not to hold forth on topics of which you are largely ignorant. You can’t simply shoot from the hip about whatever winds you up.

I never blog on topics about which I know next to nothing. Sometimes topics arise that I’d like to discuss, but I don’t feel there’s much chance of doing them justice. So I don’t try. Even so, I’m conscious that I stray into territory where those with the relevant academic specialism would most likely deny me any standing in the discussion.

Not that I mind hugely. I think of myself as a blogger who is an academic, rather than an “academic blogger”. That distinction just about allows me to reconcile the two separate but overlapping identities to my own satisfaction. 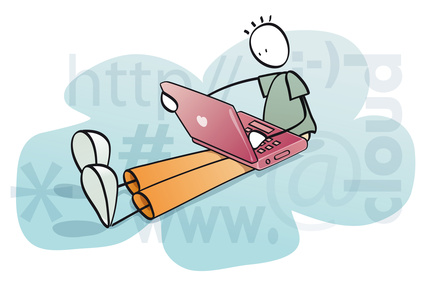 Whether it is a distinction that is meaningful to anyone else is a separate question.