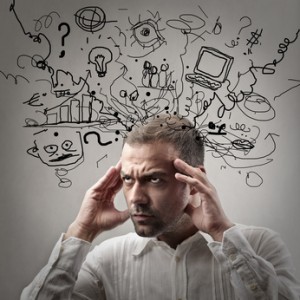 A thought-provoking post entitled The dangers of academic blogging appeared yesterday at The Sociological Imagination. The post drew, in turn, on series of posts at Near Emmaus.

Like many such posts the implied audience is postdocs and early career researchers. The key point made in the Near Emmaus posts was that while you – we – might see the value of blogging to twenty-first century academic life, the same may not be true of all those looking to recruit staff or make promotion decisions. Such senior staff may see this blogging lark as a bit of a distraction from serious scholarship. Young researchers who build an online profile may be dismissed as insufficiently focused on what matters – real academic writing for real academic audiences.

Even if one thinks blogging is intrinsically worthwhile, when starting out it has got to be wise to factor in to your decisions the issues raised in the Near Emmaus posts. By no means all – or even the majority – of established academics have embraced the value of newer forms of online communication and social media.

But these considerations do not cease to be entirely irrelevant for those of us who are better characterised as, ahem, mid-career.

The discussion of prioritizing “writing” particularly resonated with me. As I have blogged previously, I see myself as an academic who blogs, rather than a straight down the line “academic blogger”. I’ve lost count of the conversations I’ve had with academics from a wide range of universities who ask me how I find the time to blog regularly. It is not uncommon for that polite enquiry to be accompanied by the sucker punch – “when you could be writing an article/chapter/book”. The criticism is, in many cases, rather too obvious to qualify as implied.

Part of the problem with negotiating this conversation is that for most academics the boundary between ‘work’ time and ‘non-work’ time can be extremely blurred. It is not untypical for universities to lay claim to all your time. There are no set hours of work. You need to work until the job is done – as long as it takes. And there is always more that you can do. If you are a scholar who ploughs a narrow furrow then it is always possible to dig deeper. If, on the other hand, you have a restless intellectual curiosity then the temptations are limitless. There is always more to read and think about; related and unrelated topics to explore. Thinking doesn’t require any special equipment. It doesn’t have to happen in the office or the lab. You can have your best ideas in the bath, walking the dog, or in the checkout queue in the supermarket. Or, indeed, at even less appropriate moments, if you’re not careful. Switching off is the challenge.

So when are you off the clock?

Of course universities, quite rightly, formally emphasize the importance of work-life balance. But some forms of ‘life’ come under more scrutiny than others. If my hobby were playing squash, growing bonzai or dabbling in oils then it would attract no comment. I could be addicted to soap operas or spend all my spare time baking cakes. I could even spend every evening in my local nursing a pint and engaging anyone who would listen in merry badinage about the latest idiocy emanating from the Westminster village. In all cases I would be flying below the radar.

But because my hobby happens to be writing stuff that is made public (aka “ranting on the internet”) rather than talking about the same stuff with my mates down the pub it is rather more clearly visible. And it is a bit like my job.

I write most of my blog posts late at night or on the weekend. I occasionally write early in the morning before going to work. It is currently 11.00pm on Sunday night. Is it okay to be blogging now rather than ‘writing’? If I were in front the TV accompanying Davina in her Super Body Workout no parallel question would arise.

Blogging is, for me at least, nothing like academic writing. Academic writing, while it can undoubtedly be enjoyable and rewarding, is most definitely work. It can be hard intellectual labour. Blogging, on the other hand, is a way to relax. It requires thought, of course. But it is a completely different quality of thought. It is nowhere near as taxing. Putting your view out there for others to agree or disagree with as they see fit can be quite a relaxing way to finish the day.

I wouldn’t want that to be interpreted as arguing against blogging as a legitimate part of an academic role. In an era where impact and engagement are increasingly valued it is a way of reaching out. In an era where the possibilities for scholarship to be more organic and collaborative – where academics are perhaps less concerned about “showing their workings” as ideas under development – online media are invaluable for many. All I am saying is that the boundaries to be negotiated have the potential to remain complicated even when you are no longer starting out.

And as new possibilities for communication arrive and new types of output become possible those who are early adopters will again run in to a future round of incomprehension. No doubt the boundaries and barriers will have to be negotiated and renegotiated many times over.